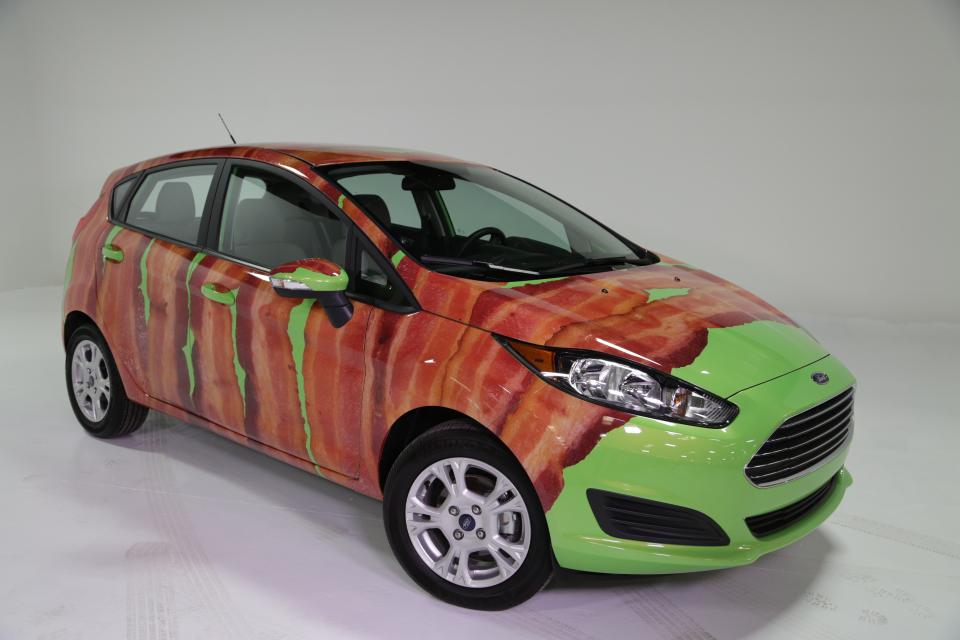 Nissan recently unveiled the 2014 Nisan GT-R Track Edition at the 2013 Chicago Auto Show. The latest “Godzilla” to hit US shores will be tuned for even more performance, more power, and generally more auto awesomeness.

“The new Track Edition sends the message that when it come to Nissan GT-R performance, there is no endpoint. We will continue to push its development and keep the competition in the rearview mirror. The legend continues.” Said Pierre Loing, Vice President, Product and Advanced Planning and Strategy, Nissan Americas.

The 2014 Nissan GT-R Track Edition suspension system was tuned on the famed Nürburgring racing circuit in Germany with input from the GT-R development driver Toshio Suzuki. Suspension changes include a 4-wheel independent suspension with specialized Bilstein DampTronic gas pressure shock absorbers that have higher spring rates. The Track Edition’s air guides for the front and rear brakes were also refined.

The GT-R’s V6 engine produces 545-horsepower with 463 lb-ft of torque and is backed by an advanced paddle-shifted sequential 6-speed dual clutch transmission, which can shift at 0.15 seconds. The sequential-shifting transmission features two wet clutches for the odd (1,3,5) and even (2,4,6) gears. The transmission pre-selects the next highest and next lowest gear for the fastest shifts. It also features Hill Start Assist for easy starts on uphill inclines. High performance differential oil, used in GT-R motorsports competition, comes standard.

The 2014 Nissan GT-R Track Edition’s obviously also features GT-R upgrades for 2014. This includes new fuel injectors for enhanced torque response in the 4,500 – 6,000 rpm range, improved throttle and acceleration at mid- and high-rpm, and an oil pan baffle to stabilize oil turbulence and oil pressure under high performance driving. (Something the Nissan GT-R sees a lot of.) An aluminum nameplate is on every hand-assembled 2014 Nissan GT-R engine and is engraved with the name of the specially trained Japanese “Takumi” craftsman who built that specific GT-R engine.