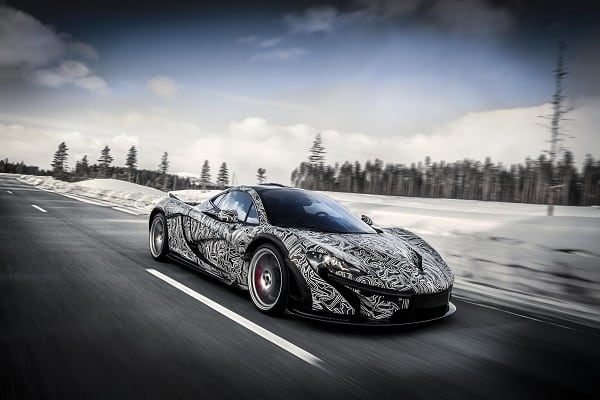 With only a few months remaining until the first deliveries of McLaren P1’s set to begin (to 375 lucky people), McLaren has decided to release a slick video of the McLarne P1 being to taken to the extreme on Snow!

This extensive work is being carried out to ensure that the McLaren P1 supercar is going to be hands-down the best driver’s car in the world on road and track.  Even if you are on a frozen lake or in snow.

As part of durability testing, the McLaren P1 team recently traveled to the Arctic Circle, in northern Sweden, for snow testing.  Here, the McLaren P1 supercar was put through its paces and tested to the extremes, in what are some of the most hostile and toughest conditions on the planet.

The McLaren P1 team has worked extensively across the globe, working to optimize the groundbreaking systems and technologies which have been bred from 50 years of F1 race-winning knowledge and experience.  The culmination of this testing and infamous McLaren attention to detail will be showcased over the summer, when the McLaren P1 will publicly demonstrate the power available from the mid-mounted 3.8-liter twin-turbo V8 engine and highly effective electric motor.  (Yup, it’s a hybrid supercar!)