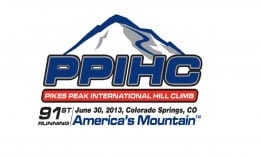 The 2013 Pikes Peak International Hill Climb will be digitally live streamed online via RedBull.tv.  The organizers of one of the nation’s best high-altitude races have teamed with Red Bull Media House to put the race online to give viewers on the Internet front row seats.

Race veteran and radio announcer Dan Cochell of 1580 AM in Colorado Springs will host the event’s stream and pre-produced interviews with key drivers and personnel will be provided by Windstar Studios.  Coverage will include on-the-ground and track-side views as well as helicopter overviews of the races as they commence.