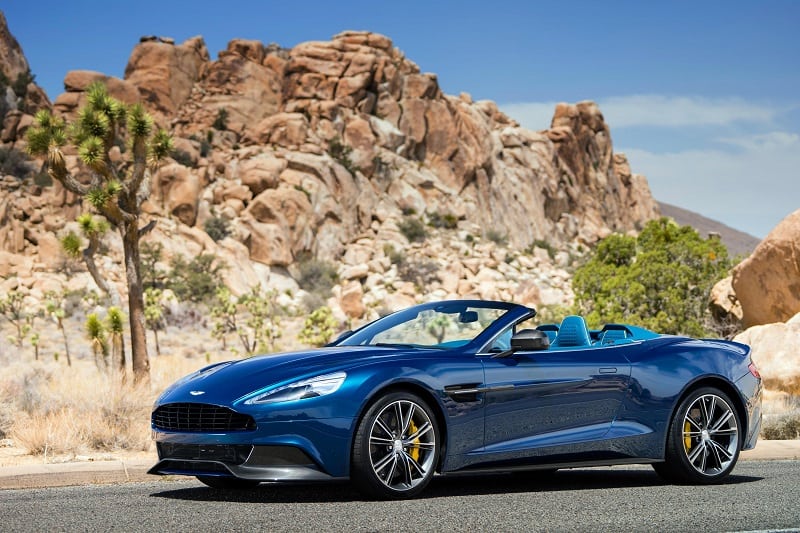 The Vanquish Volante will be equipped with a 6.0-liter V12 engine and have a top speed of 183 mph.  The V12′s power is an impressive 565 horsepower at 6,750 rpm and mated to the engine is a Touchtronic six-speed automatic gearbox.  Want more details on the 2014 Aston Martin Vanquish Volante?  Read about it here.

In the meantime enjoy this gallery of a stunning supercar dressed as a supermodel.