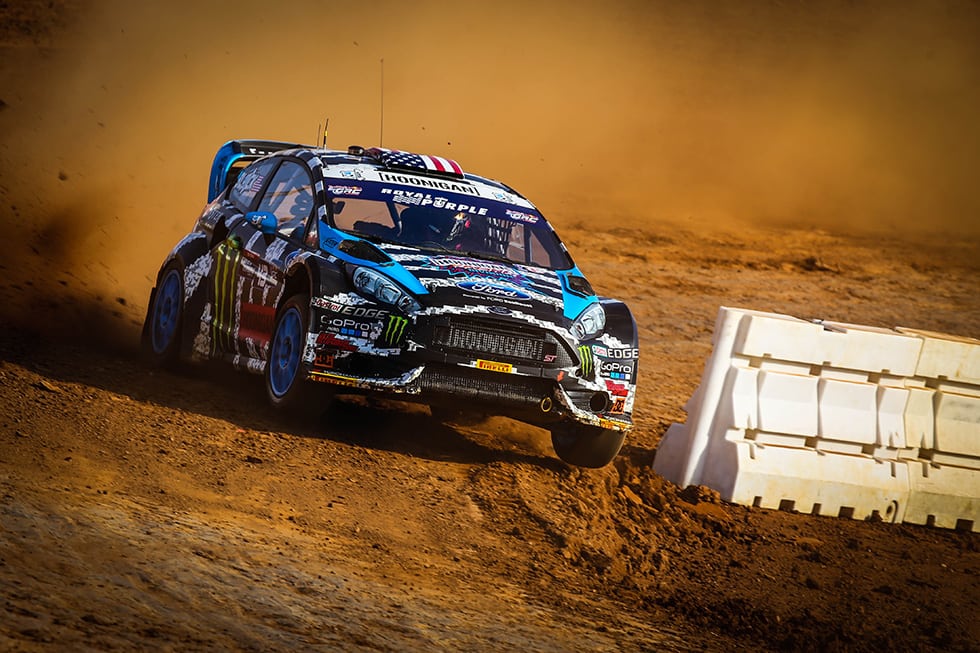 Why was the Baltimore Grand Prix cancelled?

This is due to a scheduling conflict with an Ohio-Navy football game taking place at M&T Bank stadium next year and the following year there will be an American Legion convention on Labor Day weekend.  Race organizers tried to broker a deal that would work for all parties but it seemed that no compromises or agreements were able to be made.  Alternatives dates were considered but nothing worked for the Orioles or other conventions that were happening during August in Baltimore.  This includes the Firehouse Expo and Otakon, a convention for Anime and Manga fans, that takes place in August at the Baltimore Convention Center.  Asking any convention or conference to radically alter their schedule would have been in bad taste for city tourism officials.

How do people feel?

City officials and Baltimore’s Mayor, Stephanie Rawlings-Blake, are putting a positive spin on the cancellation for the next 2 years.  They believe the Baltimore Grand Prix has showcased the city to the country and world in a positive light and hopes it increases tourism.  (They forgot that “Homicide” and “The Wire” are what the Charm City is best known for though.)

Some residents are quite disappointed with the news of the cancellation and especially race fans.  In addition many drivers and people involved with racing events for the Baltimore Grand Prix seemed to love Baltimore as a street race location.  Many think Baltimore was a better city to hold a street race than the Long Beach Grand Prix, widely considered the crown jewel of the IndyCar and American Le Mans circuit.

Of course there are also residents of the city felt the Baltimore Grand Prix was an inconvenience for those that lived and work in Downtown Baltimore though as it disrupts traffic and makes it difficult to get around town when the the track is being setup and the race is taking place.  (It really is in case you are wondering.)  Also many business owners felt the race keeps away locals who would normally visit downtown businesses on Labor Day weekend and they didn’t receive much foot traffic from race attendees.

What does the future of the Baltimore Grand Prix look like?

Hard to say but as of I write this IndyCar and American Le Mans, the two racing series that take part in the Baltimore Grand Prix, have not announced another Mid-Atlantic city where they will be holding a street race.  It is likely though they will try to work out a deal with another city within the region for 2014 and 2015 since each series needs to keep attendance and interest in the sport up.  Racing spectators and fans have been dwindling over the past few years and it’s imperative to hold street races to generate interest.

Overall it seemed race promoters and organizers were really happy with Baltimore as a stop on the circuit tour.  It is also possible it will come since let’s not forget that the Baltimore Grand Prix is a street race with “9 Lives.”  After the Inaugural Baltimore Grand Prix 3 years ago the was largely hailed as a success by city leaders and race promoters but it turned out that the company that organized and put on the race, Baltimore Racing Development, was bankrupt and couldn’t pay vendors and the city of Baltimore fees it was owed.  To this day though it is unclear if Jay Davidson, who ran Baltimore Racing Development, got screwed by the city and not the other way around.  I imagine that is the case since politics are as dirty and corrupt as you can get here.  However, Davidson and BRD did hire ‘consultants’ which didn’t do anything for the race.

After Baltimore Racing Development lost the contract to run and organize the Baltimore Grand Prix the city let another company step in.  The company, DownForce Racing, was run by Felix J. Dawson, Daniel Reck, and Dale Dillon.  This looked promising as Dillon was an Indianapolis based commercial contractor that was heavily involved in racing and helped get the Baltimore Grand Prix on track for the first year.  However, Downforce Racing failed to make certain obligations and give reports to the city that it was expecting at certain deadlines.  Therefore the city decided to drop their contract with only a few months to go.   That is when Andretti Sports Marketing along with Michael Andretti, son of legendary race car legend Mario Andretti, would take over organizing the race in 2012 with only 3 months to go.  Micheal Andretti even claimed that the street race in Baltimore could be “The premier street event in the world” which seemed like a lofty claim in my opinion.  Surprisingly Andretti Sports Marketing and Race On put on the Baltimore Grand Prix in 2012 with a limited timeframe and it was successful.

The first year the Baltimore Grand Prix there were 160,000 attendees, but only 110,000 paid for tickets apparently.  The past 2 years didn’t meet those numbers though.  Also the city has shelled out $7+ million on road improvements to make the Baltimore Grand Prix a reality and over $2 million around Camden Yards, the Baltimore Orioles stadium, which doesn’t include the money the city needed to shell-out for support services for the race.  Such as overtime paid for police and firefighters that needed to be present during the race.

The claim from city officials and race promoters was that the economic impact for Baltimore was $130+ million in total for the 3 years but it is unclear how much the city truly got back in taxes and how much business was lost during the 2 weeks it takes to setup the track.  The Baltimore Grand Prix still hasn’t made money and it would take many years for the street race to do so.  It is arguable whether Baltimore, a poor city, could front that type of money for so many years without seeing a return on it’s investment.  Also due to the corrupt political climate it’s pretty clear money is getting pushed around to unsavory people.

What do you think of scheduling situation with the Baltimore Grand Prix?  Should city tourism officials have been more aggressive in pushing for another convention to move out of town?  Should American Le Mans and IndyCar honchos have been more firm as well? If you are a racing fan, resident or business owner in Baltimore, or were part of the Baltimore Grand Prix the CarNewsCafe team would love to hear your thoughts about it.