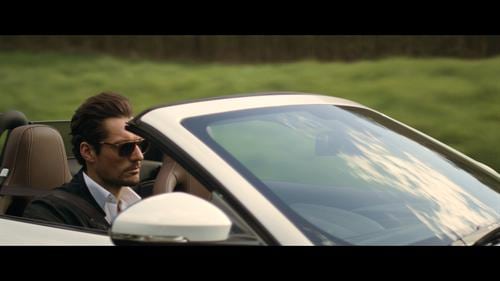 At the 2013 Frankfurt Motor Show, going on now in Germany, Jaguar introduced a new concept vehicle that immediately caught the attention of the world, the Jaguar C-X17. Not for its particularly striking or unusual, magazine-ready looks (this would be the norm for Jaguar) or its vehicle category (crossovers aren’t generally known for being interesting), but for its highly innovative underpinnings.

Premium automakers like Jaguar are known for their race-inspired innovations and their capability to bring expensive new technologies to market. Technologies that often go on to become standards in the industry. The Jaguar C-X17 has some things that appear poised to go from today’s ultra-expensive limited-market idea to tomorrow’s everyday car standard. The first thing most in the automotive press noticed was that Jaguar was introducing.. a crossover. This is unusual as the crossover segment is not particularly well-known for being pretty. Jaguar, meanwhile, is know for exactly that – the company that produces machines that are beautiful to look at. So it seemed odd that Jaguar, of all premium automakers, would be the latest to break down and enter the utility market with yet another boxy people mover on wheels.

The good news is that they didn’t. The Jaguar C-X17 Sports Crossover lives up to both the crossover promise and the Jaguar tradition of lovely road machines. Of necessity, of course, it is not the sportiest vehicle on offer, but the C-X17 does have a certain appeal that goes well beyond the sport and aesthetic features others in the segment have attempted. Most of this is captured in the lines of the very Jaguar-esque grille and hood, which couples with the low roofline and rear fender hump to create a sporty, muscular appearance for the crossover.

Is it the best-looking Jag you’ve seen? Probably not. Does it look better than most of other other small SUV offerings out there? For sure.

Looks aren’t everything, though, and this would be just another crossover design were it not for something more fundamental that’s being introduced with it. The big change Jaguar is introducing with the C-X17 Sports Crossover concept is in lightweighting technologies based on an all-new, advanced aluminum unibody architecture. Say it however you’d like, aluminum or aluminium, it’s the basis for a lot of today’s automotive weight loss.

Jaguar has made it clear that the advanced architecture they’re showing with the C-X17 concept will become the norm in the manufacturer’s lineup over time. The C-X17 itself is also very likely to become a production model, or at least the inspiration for one. The advanced aluminum unibody architecture they’re showing with this concept will be first introduced in one of the company’s premium sedans, starting in 2015/2016. The vehicle will be built at the Solihull plant Jaguar is currently bringing online for it.

While Jaguar has been relatively sparse in the details, they’ve said enough to convince that this will be an industry-changing introduction. The advanced aluminum unibody architecture is based, obviously, on aluminum and the use of alloys to create a very lightweight, yet strong underpinning for a vehicle. That in itself is not new, though Jaguar seems to be hinting that they’ve improved it beyond what is currently offered by others.

What really changes things, though, is the way they plan to implement it.

This new advanced architecture has been designed to be both flexible in manufacturing and scalable, so it can be used on vehicles of many sizes. That would be a big change from current lightweight aluminum architectures, which are usually purpose-built for their vehicle. A good example is the Tesla Model S, which uses aluminum heavily in its framing, but is not directly scalable to other vehicle sizes without significant engineering modifications.

Should Jaguar have found a core design for an aluminum unibody that can be easily scaled from the smallest compact to the largest sport utility, they will change things in automotive manufacturing forever. Details of the Jaguar C-X17

Going back to the concept at hand, the C-X17 is clearly the basis for a planned future model. Jaguar is promising multiple powertrains in the crossover, including both gasoline and diesel, and tossing in some high claims for efficiency and performance to go with them. Engines for the sports crossover will be built at the company’s Wolverhampton, UK plant, which is currently under construction.

One current engine that would be included in the C-X17 is the V6 inside the Jaguar F-TYPE sports car. This would translate to a power to weight ratio in the crossover that’s similar to the F-TYPE, though the higher stance of the C-X17 would obviously require some re-tuning and probable dampening of that performance to avoid safety problems.

The question is how much an all-aluminum body and frame would change the C-X17’s weight distribution and center of gravity. It would seem to create the possibility of a lower-slung, more evenly distributed platform. This is hinted at in Jaguar’s information releases on the crossover concept.

Over the next two years, we can expect to see more from Jaguar on this concept. Tradition in the industry would tell us that next year, the Jaguar C-X17 will be forgotten and a newer, updated version of the concept will appear with a slightly altered name to denote its next-generation status, likely as a production-ready prototype. Sometime late next year, perhaps at the 2014 Frankfurt Motor Show, we will likely see the promised 2015 model coupe or sedan from Jaguar with the new technology package as its basis. It will likely introduce for North America at the Detroit or New York Auto Show in 2015 as a 2016 model year offering.

We look forward to it. Do you?