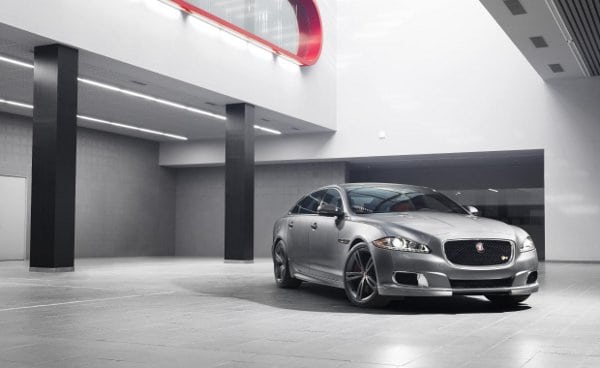 Saab, the once bankrupt Swedish automaker, has started rolling out new Saab cars in it’s Trollhattan, Sweden plant.  This is the first Saab 9-3 model to start coming off the assembly line under the control of the National Electric Vehicle Sweden (NEVS), which is the consortium that now owns the Swedish automaker.

The Saab 9-3 if the first car that has come off the Trollhattan line since the plant closed down back in April, 2012.  At that point it wasn’t clear whether Saab would reemerge with an interested Chinese buyer or cease to exist.  Several Chinese automakers showed interested in the company but most of the deals didn’t workout.  NEVS is backed by a Japanese-Chinese consortium that took ownership of the company and seems to want to get it back on its feet.

Even though it’s great news that a Saab 9-3 rolled of the line at Trollhattan, it should be noted that the company’s logo was missing from the car.  The reason?  No, they didn’t forget or run out of emblems in stock, but they are not allowed to use the Saab griffin head logo.  NEVS failed to make an agreement with the Swedish truck and aerospace firm Scania, that still uses the logo for their company.

This pre-production Saab 9-3 will help NEVS refine the manufacturing process and could go on sale in 2014.  Of course we know how those dates can get pushed back. Originally National Electric Vehicle Sweden said they only wanted to built electric cars, but no announcements about powertrains have been released yet for this Saab 9-3.  Expect a convertible version though.

What do you think of this Saab 9-3 and Saab coming back?  Will you buy an all electric Saab if they are made?