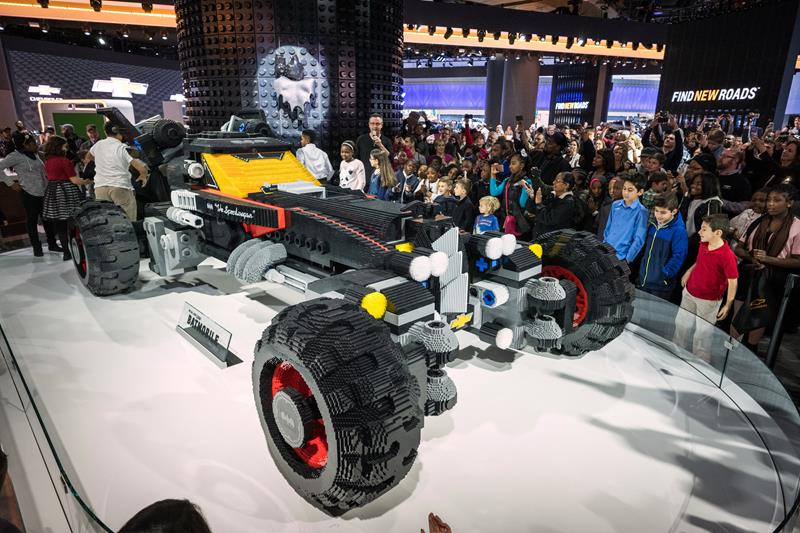 “Mazda and its dealers have always had a history of charitable giving and it is time that we include our customers in doing good things for those in need,” said Jim O’Sullivan, president and CEO, MNAO. “In typical Mazda fashion, it isn’t just about writing a check. That is why we wanted to go the extra mile and donate an hour of charitable service for every test drive. Mazda, its employees, and dealers want to give not only their money, but also time, attention, and hard work to help others.”

The Mazda Drive for Good event will run from November 25, 2013 through January 2, 2014. In addition to the four national charity organizations, Mazda Dealer Marketing Groups around the nation also have the opportunity to select a fifth local charity that enables new Mazda owners to select a charity option closer to home. The complete list of local charities can be found below.

Supporting the Mazda Drive for Good campaign is a :30 television spot highlighting Danny Thomas of St. Jude Children’s Research Hospital as a game changer. Additionally, there is a 2:00 cinema piece highlighting the overall charitable efforts of Mazda over the past few years. Both creative pieces will run from November 25, 2013 through January 2, 2014. Consumers will also have access to a dedicated Mazda Drive for Good microsite (www.mazdausa.com/drive4good) that will track Mazda’s progress in both monetary donations as well as charitable hours pledged. The microsite is set to go live on November 25, 2013.

St. Jude Children’s Research Hospital®:
St. Jude Children’s Research Hospital is leading the way the world understands, treats and defeats childhood cancer and other deadly diseases. St. Jude has the world’s best survival rates for the most aggressive childhood cancers, and treatments invented at St. Jude have helped push the overall childhood cancer survival rate from 20 percent to 80 percent since we opened more than 50 years ago. St. Jude is working to drive the overall survival rate for childhood cancer to 90 percent in the next decade. St. Jude freely shares the breakthroughs we make, and every child saved at St. Jude means doctors and scientists worldwide can use that knowledge to save thousands more children. Families never receive a bill from St. Jude for treatment, travel, housing and food – because all a family should worry about is helping their child live. Join the St. Jude mission by visiting stjude.org or following St. Jude on facebook.com/stjude and twitter.com/stjude.

American Red Cross:
The American Red Cross shelters, feeds and provides emotional support to victims of disasters; supplies about 40 percent of the nation’s blood; teaches skills that save lives; provides international humanitarian aid; and supports military members and their families. The Red Cross is a not-for-profit organization that depends on volunteers and the generosity of the American public to perform its mission. For more information, please visit redcross.org or visit us on Twitter at @RedCross.

American Heart Association:
The American Heart Association is devoted to saving people from heart disease and stroke – America’s No. 1 and No. 4 killers. We team with millions of volunteers to fund innovative research, fight for stronger public health policies, and provide lifesaving tools and information to prevent and treat these diseases. The Dallas-based association is the nation’s oldest and largest voluntary organization dedicated to fighting heart disease and stroke. To learn more or to get involved, call 1-800-AHA-USA1, visit www.heart.org or call any of our offices around the country.

Mazda Foundation:
Acting on a strong sense of responsibility to give something back to the communities in which it operates, Mazda established a philanthropic foundation. As the corporate foundation of Mazda North American Operations, it has awarded over $8 million to worthwhile causes across the United States since its initial grants in 1992.

Mazda North American Operations is headquartered in Irvine, Calif., and oversees the sales, marketing, parts and customer service support of Mazda vehicles in the United States and Mexico through nearly 700 dealers. Operations in Mexico are managed by Mazda Motor de Mexico in Mexico City. For more information on Mazda vehicles, including photography and B-roll, please visit the online Mazda media center at www.mazdausamedia.com.

Dallas/Ft. Worth
Make A Wish Foundation

Detroit
The Come Together Foundation