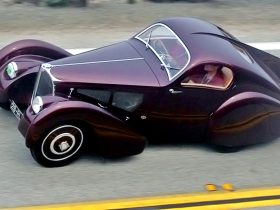 Kia has decided to go with a “Matrix” themed Super Bowl commercial this year for the new luxury sedan that will be hitting streets soon, the Kia K900.  (Yeah, I know somebody should have come up with a better name.)   Laurence Fishburne reprises his role as Morpheus from The Matrix trilogy.

The 60-second The Truth TV spot is scheduled to air during the 3rd quarter of the Super Bowl.  Kia will follow the K900 advertising with online, print, broadcast campaigns too since who wants to spend all that money for just 60 seconds, right?  For all that money Kia wants you to know the K900 is modern, elegant, and luxurious.  Something you wouldn’t expect from a Kia I imagine. The Kia Super Bowl spot starts off with an couple unsuspecting couple going up to a valet at fancy restaurant.  Morpheus, the valet, offers an interesting choice,  “Take the blue key, you go back to the luxury you know.  Take the red key, and you’ll never look at luxury the same again.”  A similar option Morpheus gives Neo in The Matrix, except the choice was pills.nes

Obviously the couple chooses the red key and Morpheus accompanies the couple on a ride in the Kia K900, luxury they would not have expected.  The Super Bowl spot is supposed to explain “what luxury looks like.”  More importantly is “what luxury sounds like” since Morpheus serenades the couple to “Nessun dorma” except the voice is Pavoritti.  Unsure if Laurence Fishburne can sing or if he has a good voice.  In case you didn’t know the aria Nessun Dorma is from the opera Turandot by Giacomo Puccini.

As the Kia K900 drives by, two identical agents lookout at the car from a restaurant and see streetlights explode and high-rise buildings ripple like water.

It should be noted that the video here is a 90-second extended cut of the Kia K900 Super Bowl commercial that will be airing.  It shows a woman in a red dress holding a spoon being bent but that won’t be in the version that airs on TV.

With new 2015 Kia K900 V8 should go on sale sometime in the Spring.  From what we’ve seen it has an impressive list of standard equipment and is not a badly designed car.  It will be interesting to see what this Matrix commercial does for the K900 and if Morpheus aka Laurence Fishburne will help sell Kias.

What are your thoughts about the Kia Super Bowl commercial utilizing The Matrix as a theme?  Let us know below. 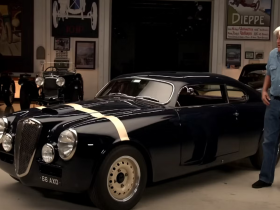 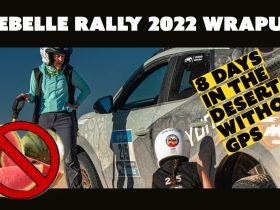 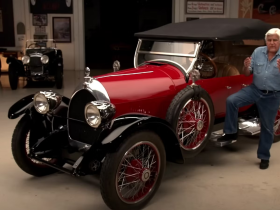