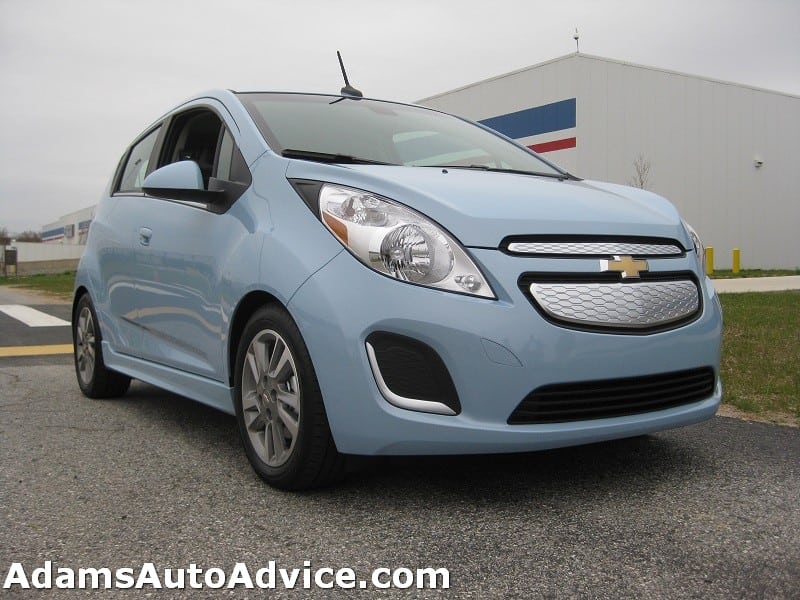 When it comes to racing, the convention is noisy equals performance or power.  Strangely, once you step into an electric vehicle, its lack of noise is what allows you to concentrate more.

I was guilty as charged in 2006 of saying what many then said: “I would miss engine noise and gear switching.”  I never knew how wrong I was until I drove a Tesla Motors Roadster.  It was clear then that the future of racing would have to be with an electric motor, or two, or three, or more.  Don’t believe me?  Try these reasons on for a size.

This is so obvious it befuddles anyone who gets electric vehicles, EV.  No, you will not miss the noise.  If you do, do like me and get yourself a couple of collector cars that will remind you of the necessities of gear switching, listening to that engine and the oil smells.  I also felt that way until I drove a Roadster.  It was then crystal clear that what an EV could do for me was what a good car should do… get out of my way.

This is a huge one.  When you race an internal combustion engine, ICE, it vibrates and that vibration robs away from the vehicle communicating the surface of the road.  An EV doesn’t vibrate as much.  Instead gives you more feedback and allows you to concentrate on the road condition.

In essence, the lack of enhances your senses and hearing.  You hear things you wouldn’t normally do in an internal combustion engine, ICE race car.  You effectively feel more in an EV than in an ICE car or motorcycle.

Right Hand/Right Foot and a pair of eyes!

All you really need is your right hand and left foot on an electric motorcycle, or right foot for a car and that’s pretty much it.  Let’s face it, changing gear, paying attention to revs is not an innate quality.  It is a learned behavior.  You learn to listen to how high you push an ICE engine, which tells you to shift.  This  robs precious concentration away from more important tasks, such trajectory calculations.  No such thing with an EV.  Racing an EV means your concentration is not swiped away listening to engine revolutions.  You can finally concentrate on your hands and feet position, and eyes.

What won me over to EVs was the fact I could finally use my right foot and hands to drive, and not have to share my attention with anything else but trajectory.  It was such an exhilarating experience I felt “EV grin” described it well.  Driving a performance EV etches a grin on your lips only motorcycle racers can understand.  It is complete driving freedom and something you have to experience before you formulate an opinion.

Some numbers can’t lie.  An EV is inherently much more efficient than an ICE engine by a factor of roughly two and a half times more efficient on average.  Why?  Controllers, electric motors and batteries are about 90 to 98% efficient.  This means about 90% of the electrons in that pack end up driving the wheels.  Contrary to EVs, ICE systems waste roughly 66% of their gasoline energy in heat and friction.  Meaning, two thirds of that gasoline in your tank goes up in waste.  Can you hear us now Exxon with your commercials about gasoline BTU.  Yes, gasoline has a high BTU, but the way we exploit that energy in a car is poor at best if two third of that energy is lost.

When you hear the whoosh of an EV racing, you might think differently about its supposedly lack of noise.  It sounds darn cool and being an avid Science Fiction fan, I love the sound.  I’ll never call it noise, unlike some engine noise.

Now think about these other numbers.  We are only in the first few years of racing electric motors, and EV platforms are already roughly 90% efficient.  If we need to boost ICE output to get horsepower, EVs need to do the opposite.  EVs need to tone down the brute force electric motor‘s torque.  What a delicious problem to have.

Now also consider this.  How many decades do we have behind refining ICE technology?  Over a century.  If EVs do this much in as little as four to five years, what will happen in another five to ten years?  reversely, how far can we push ICE technology.  To be fair, keep your eyes on Mazda and its Skyactiv technology.

Racing an electric motor, whether on two, three or four wheels will necessitate a readjustment, both from racers and the viewing public.  Instant torque can be lethal on a motorcycle coming out of a turn.  The early years of EV racing at the Isle of Man showed riders had a harder time keeping the torque in check.  You don’t go racing a torquey bike the same way you race a high horse power one.  Modern EVs do a great job using that phenomenal torque from an electric motor these days.

As we now eagerly await the start of the first Formula E series in September, keep your eyes peeled on the TT Zero at the Isle of Man and the EV section at Pikes Peak.