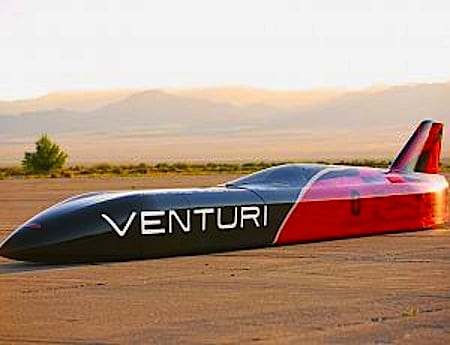 Is the Venturi VBB-3 the most powerful electric vehicle? [VIDEO] When it comes to predictions, everyone has a few, but when it comes to making realistic ones, the water becomes muddied.  Let’s see what 2013 brought in and should give us in 2014.

Hydrogen and its fuel cell technology pops up every six months or so to say it is alive.  While a promising technology, hydrogen fuel cell has serious roadblocks, such as compression and storage.  We can now make hydrogen in the most exotic ways, but still most of the hydrogen we create is a by-product of petroleum refinement.  As always, follow the money trail.  In 2014, forget the hoopla and focus on the solutions.  If someone finds a smarter way to compress and keep hydrogen stable at that pressure and temperature, that will be interesting news.  Remember a third of hydrogen’s energy is lost keeping compressed and cold, hardly efficient.  Anything else is just PR fluff from petroleum nervous companies.  Case in point, check out the deceiving commercials from Exxon/mobile claiming gasoline has more BTU then other energy.  True, unfortunately, most of it goes un-burned, or worse yet, do not contribute to moving the car, just wasted energy in heat and friction.

We know that there is one constant when it comes to electric vehicles, EV in general.  The new generation offers better performance then the previous.  We are now up to our third generation of EVs.  If the i MiEV had honorable performance four years ago, it pales in comparison to a new Fiat 500e and Chevy Spark EV.  That is normal and we can expect to see this trend for years to come.  New EVs this year will obviously have better performance, but the real fun happens on two wheels.

Electric motorcycles is where the fun is.

Electric motorcycles have pushed the performance envelope much more than a car can.  Motorcycles are lighter and riders are an enthusiastic bunch.  Richard Hatflied’s Lightning Motorcycle win at Pikes Peak over a Ducati is more then the writing on the wall.  It spells in no uncertain ways, the future is right here, right now.  Check out the performance war brewing on two fronts here.  The Zero Motorcycles and Brammo selling entry level to regular daily electric motorcycle.  This is the juicy part where manufactures will make money.  And then, there is the high performance boys, the Lightning Motorcycles, Mission One, MotoCzysc.  You are watching tomorrow’s electric performance companies, Brammo trying to be in both entry-level and high performance.

Get used to it, 2014 will have a lot of Tesla related news, and why not?  tesla-motors/” title=”(View all articles about Tesla Motors here)”>Tesla Motors is the EV representative, the golden poster boy electric company that can do no wrong… or can it?  Elon Musk is always at the mercy of a wrong word or statement.  Watch the finicky news turn on a dime and disses Elon Musk if this should happen.  Tesla will continue to fight a few battle at the same time.  Hopefully enough people will realize that the dealership association is really anything but freedom of choice.  They don’t want you to buy from Tesla directly and stubbornly, is digging its grave.  That will be one of the most pathetic news to watch.

The trick for agile journalists this year is to learn to see tesla-motors/” title=”(View all articles about Tesla Motors here)”>Tesla Motors as what it is, rather than trying to fit it with conventional car manufacturing practices.  Tesla Motors is not a carmaker, it is an energy company that delivers an incredible product.  Who do they remind you of?  Apple.  While Apple’s glory is fading, see how Tesla Motors maneuvers these waters in 2014.

One prediction I would love to make but won’t hold my breath is much more personal.  We, journalists will most likely continue to get paid a penance and have “other” jobs on the side.  Journalism is a lost art, especially when watching the main commercial news channels.  It is sad to see these well paid mainstream journalists ask the most ridiculous questions, obviously not having studied the technology we report on everyday.  Do us a favor, read, view and listen to us who live and breath the specialized press.  Hopefully, readers will understand the difference between those who pump out sensationalistic headlines, and the rest of us professional journalists.  This is where we hope CarNewsCafe.com really makes a difference with impartial news, test drives and soon-to-come intelligent advertising.

As far as this strange thing called “common sense”, we hope it becomes common again so that you can read the news without getting excited about things that really aren’t.  There are more possibilities now with the extra choice of hybrids, plug-in hybrids, PHEV and EVs then there were a decade ago.  Common sense would dictate everyone should be happy.  So what are you complaining about? 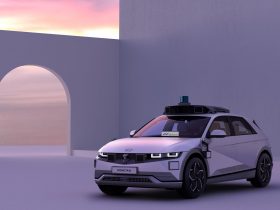 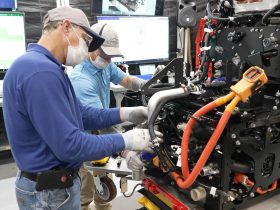