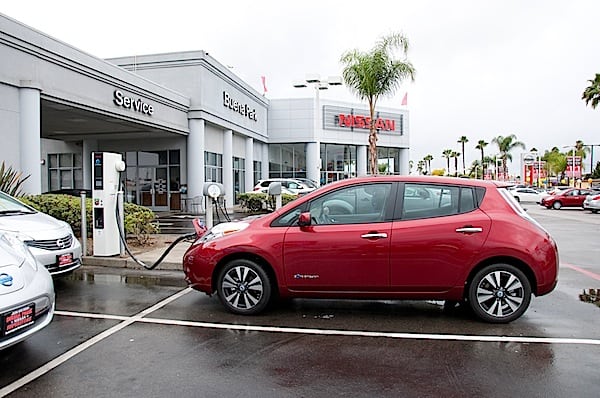 The Scion tC was the Toyota brand’s second car after the xB people-mover began the entry-level Scion brand about ten years ago. The tC had three main goals: deliver coupe style with good performance and on a budget. The 2014 Scion tC keeps with that formula and as a result, is a great little car for its intended (and enthusiastic) audience.

The 2014 Scion tC is a great-looking little car that has plenty of style and more power than is necessary – which is exactly what those who want a car like this expect. It makes fast noises, has enough versatility to be useful everyday, and screams “I’m single and want to party!”

For commuters looking to maximize MPG, families, or carpoolers, the tC is not your car. For young, first-time buyers looking for a fun little car that should come with a whiplash warning for those turning heads to watch it go by.. this is the car.

The 2014 Scion tC dumps practicality for fun, but not so much so that it has to be parked when there needs to be more than two people going to the party. At the heart of the tC’s popularity are its great looks. It has conventional coupe styling with a fastback hatch shape as its base. From there, it gets interesting. The grille is all about sports, with a wide opening, scoops, and an abrupt bump at the hood. This flows up in a fast curve to the windshield, all of which denote movement. The lines on the hood accelerate this feeling to the NASCAR-style windscreen and flat roof that tapers suddenly at the back to enter the fastback rear end with its slight trunk bump hinting at a spoiler.

The sides are smooth and simple, with a straight belt line and wonderful arrowhead-shaped rear glass to create a thicker pillar. The clipped rear end has a muscle car appeal with slight bulges over the rear tires for muscularity.

Overall, it’s a fast, simple design that screams “sports car” at every point. Especially with those great-looking sixteen-inch alloys holding rubber to the road.

To go with all of those speedy-looking exterior cues, the 2014 Scion tC is powered by a  2.5-liter, four-cylinder engine coupled to a six-speed sequential automatic transmission driving the front wheels. This combination delivers 179 horsepower, which is about 79 more than this car actually needs were it made to be a boring sedan. Since it’s not, those extra horses instead give the car the kind of fun factor that only having more power than you should can give.

Obviously, the Scion tC is not going to win circuit races in its stock form, but it will make for fun times jumping off the light, bounding up the freeway on ramp, and so forth. The car’s exhaust has a wide-open sound that adds to this and that generally makes older people smirk and roll their eyes. The Scion tC is easier to climb into and get out of than most would think. This is because the doors are very large and the deceptively tight fit of the car’s look doesn’t translate to a tight interior. It’s actually fairly roomy for a coupe. The back seats won’t fit anyone from the football team, except maybe the kicker, but the open appeal of the cabin and its rear hatch creates a big space for such a small car. Those rear seats are split-folding as well, allowing for a flat cargo space when required.

The front seats are comfortable and sporty and, at just $20,000 or so, this car comes very well connected. The Pioneer Display Audio system is a full touch screen of access and pipes out through a great eight-speaker system that resounds in this small car really well. The Pioneer system is easy to use (far easier than Toyota’s standard touch screen UI).

The interior is very smart for such a low-priced automobile, showing off the value that Scion builds its name on.

Once behind the wheel, the tC virtually demands that you crank the tunes and shove the pedal down. It’s a truly fun car to drive. Road noise is excessive, as is usual at this price point, but the 8-speaker stereo more than makes up for this. Only the stodgiest of folks will disagree and those people aren’t the market for this car anyway.

The tC handles well in most situations and makes a lot of everyday driving more fun. It does not handle well in snow and ice, however, mostly thanks to the too-powerful engine and the car’s light weight.

The EPA gives the 2014 Scion tC a 26 mpg combined rating, breaking down to 23 mpg in the city and 31 mpg on the highway. In real-world use, we saw higher city numbers (closer to 25) and lower highway numbers (more like 27-28). So achieving 26 overall for most drivers is probably realistic. The trouble with the tC is that it’s hard not to mash the pedal down at every opportunity and drive in an non-eco way. This, of course, is a big part of the car’s appeal.

There are several competitors in the entry-level coupe market. Its chief competitor is the Hyundai Veloster, but there is is also the two-door Kia Forte as well as the two-door Honda Civic. Of the three, the Veloster is the only competitor for low price point and has much of the same appeal the Scion tC does. For most buyers, the decision between the tC and the Veloster will mainly be about styling, since the Hyundai has a somewhat more aggressive look. The Kia Forte and the Honda Civic in their two-door format are slightly higher-priced comeptitors, but offer a more sedate, contemporary look and a little more driving dynamic compared to the tC.

The 2014 Scion tC offers everything the buyer looking for a fun sports car on a budget could ask for. It’s got a fun driving dynamic, great looks, and isn’t so impractical that you’ll have to park it much of the time. All at a great price point.

Test Period Length and Limitations
The Scion tC was a press loan from the manufacturer and was driven for about a week, including several days of heavy storms and snow. A total of 135 miles were put on the car, including city and highway driving.