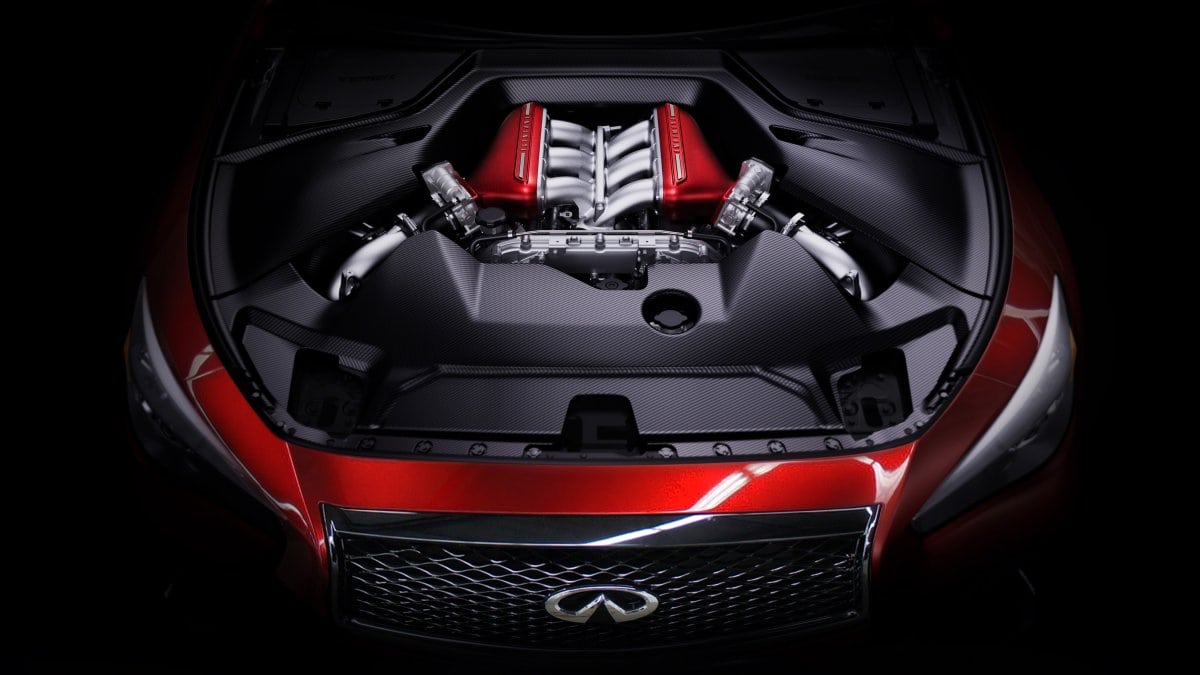 Infiniti has unveiled the power plant under the hood of the Eau Rouge concept car at the Geneva Motor Show. It’s basically the same 3.8-liter V6 that powers the new 2015 Nissan GT-R to extremes of awesomeness. Producing 560 horsepower, 600 lb-ft of torque and a beautiful sound, the engine lies growling under the lovely hood of the Infiniti Q50 Eau Rouge concept car.

After debuting at the Detroit Auto Show (see that here), the Q50 Eau Rouge had us wondering what it would be powered by, being a new sport sedan concept from Nissan’s premium brand. Now that they’ve show us, we’re more than happy.

It’s about time Infiniti got its own GT-R.

“A car with such pronounced styling treatments demands the very best in terms of high-performance powertrains, which is why we installed this V6 twin-turbocharged, 7-speed combination as an example of what a potential powertrain for the Q50 Eau Rouge may look and sound like,” said Johan de Nysschen, president of Infiniti Motor Company Limited.

Eat some specs, listen to it in the video below, and let us know what you think: The 3799cc V6, 24-valve, twin-turbocharged gasoline engine partners a full-time, all-wheel drive system with 50/50 front-to-rear torque split. Predicted acceleration of 0-60 mph in less than four seconds and a top speed close to 180 mph would put the Q50 Eau Rouge firmly into the premier league of super-sports sedans.