Although Ford calls the 2015 Ford Focus Electric “redesigned”, it says little in the press release about what was.

Software wise, we can assume an improved version of the company’s MyFordTouch, since practically ever year it does.

I’ve enjoyed the Ford Focus Electric, from its prototype stage to the current edition,simply because the car showed a lot of potential and Ford was one of the first big OEM to jump on the EV bandwagon. The car has always behaved very well, and was the only serious competition to the Nissan LEAF. However, Nissan is continuing to develop the LEAF, whereas Ford seems to have left it on the back burner.

Ford Focus ranks as the best-selling vehicle nameplate in the world, based on just-released Polk new vehicle registration data for the 2013 calendar year

Ford Focus retains its title as world’s best-selling vehicle nameplate for 2013, according to Ford analysis of the just-released full-year Polk new vehicle registration data from IHS Automotive. The news comes as a new Focus four-door sedan prepares to make its debut at next week’s 2014 New York International Auto Show.

Market gains for Focus continue to be driven by consumer demand in China. China registrations were up 50 percent in 2013 to 403,219 vehicles, up from 268,354 vehicles in 2012. China now is responsible for just more than one out of three Focus vehicles sold globally, based on Polk data.

The debut of the new Focus four-door sedan and the Focus Electric in New York follows the Geneva Motor Show debut in March of the Focus three- and five-door hatchback and wagon. A new version of the performance Focus ST will be shown later this year.

The redesigned Ford Focus offers a bolder exterior design, a more intuitive and upscale interior, a host of technologies uncommon for a compact car and the additional powertrain option of Ford’s award-winning 1.0-liter EcoBoost® engine with a new six-speed manual transmission in the U.S.-spec Focus. While U.S. EPA fuel economy ratings are not yet available, Ford expects the 1.0-liter EcoBoost Focus to raise the bar in fuel efficiency among non-hybrid compact vehicles.

The paddle shift feature provides drivers an additional element of control by allowing them to simulate the manual gear selection aspects of a manual transmission and extract more power from their engines.

Also notable for 2015, Ford’s popular MyKey® feature will be standard on all trim levels. An all-new heated steering wheel will be available as well as 10 different wheels as factory options.

In addition to a host of styling and technology advances, the new Focus will offer the efficient, fun-to-drive 1.0-liter EcoBoost engine with a six-speed manual transmission. Automotive journalists globally named it International Engine of the Year for 2012 and 2013.

“The 1.0-liter EcoBoost engine is proof that excellent fuel economy and performance can come in one package,” said Raj Nair, group vice president, Ford Global Product Development. “Focus is already known for bringing together efficiency and fun, and our latest offering will bring consumers a whole new level of enjoyment – on the road and in what they’ll save at the pump.”

The smallest engine in Ford’s growing EcoBoost family – already available in Fiesta – will come standard in Focus with an Auto Start-Stop feature that automatically shuts down the engine at stops and instantly turns it back on at takeoff.

The new Focus arrives with a bolder look. It features a restyled hood and grille, signature LED lighting for headlamps and taillamps, new rear lamp clusters and a restyled trunk lid. Four-door and five-door versions will be available in the United States.

A package of sensors brings a new level of convenience for compact car customers by adding driver-assist technologies, including a rear view camera, available Blind Spot Information System and a lane-keeping system.

Standard on Focus for the first time, the rearview camera will appear on either a 4.2-inch screen or the 8-inch screen that comes with MyFord Touch®-equipped cars.

BLIS® uses two advanced multiple-beam radar modules, the same used with cross-traffic alert, which are packaged in both rear quarter panels. The radar identifies when a vehicle enters the defined blind spot zone and illuminates an indicator light on the corresponding sideview mirror, providing a warning that a vehicle is approaching.

Should a Focus driver start to drift out of the current lane without a turn signal activated, the lane-keeping system provides a warning through a series of steering wheel vibrations that mimic a rumble strip. If the unintended lane departure is not corrected by the driver, the aid function of the system actively applies steering to help the driver direct the car back toward the center of the current lane.

The new Focus benefits from advancements in exterior styling, interior design, powertrain and technology, as well as suspension and chassis upgrades.

These include a new shock absorber valve design providing improved interior quietness, and a change to the rear suspension to give drivers a more connected feel to the road. The electric power-assisted steering has been retuned to make the driver feel even more connected to the road.

Focus drivers will have access to powerful new capabilities thanks to a host of functions developers can integrate as they modify their apps to communicate with enhanced SYNC® AppLink™.

Android and iOS smartphone users can download more than 60 AppLink-enabled apps from the Apple App Store and Android market.

Connected apps can access a variety of real-time vehicle data such as speed, acceleration, odometer and location information that can be used by the app to further customize and personalize the owner experience. For example, access to the in-vehicle GPS signal can enable more precise and accurate location-based services than phone sensors

More consistent user experience thanks to voice pass-through capability. This enables developers to use on-device or cloud-based voice-recognition systems to evaluate driver commands, meaning drivers can use the same set of voice commands to control an app when connected to the vehicle as they would use when not connected

Notifications read aloud as a driver enters the car, with no need to touch the phone. Best of all, alerts are available any time a mobile device is connected to SYNC AppLink, even if the app is not currently active. This means a driver could get an alert about a traffic jam ahead while listening to the radio or using another app

Ford builds the Focus in eight manufacturing plants on four continents. Facilities in Germany, the United States, Russia, China, Vietnam, Thailand, Taiwan and Argentina have a combined capacity to build more than 1.5 million Focus cars annually at a rate of more than two per second.

Since the launch of Focus in 1998, the best-selling vehicle nameplate in the world for two years running has sold more than 12 million vehicles globally. 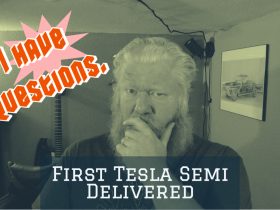