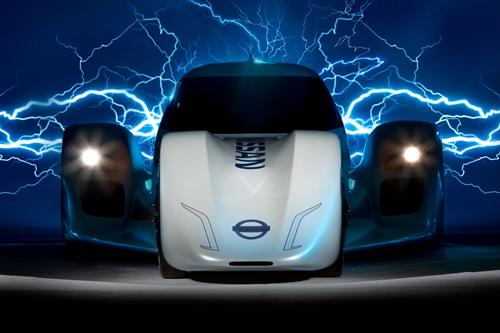 By far the most exciting race in Formula One in years, the 2014 Bahrain Grand Prix this weekend was amazing. It saw plenty of car-to-car battles, some hardcore driving prowess from multiple racers, and, at one point, an airborne car during one of the tussles.

It’s one of those races where the podium and roses at the end really weren’t all that interesting because the glory of the win was overshadowed by the awesomeness of the race itself. It really wouldn’t have mattered who took the stands and held the garland, this was a grand prix like no other in recent memory. The Mercedes-Benz team took the first two spots, but the rivalry between them for the win was hardcore and set the tone for the race itself.

Battling back and forth, Lewis Hamilton and Nico Rosberg was furious as the two teammates literally went at one another despite cries from the pit to do the contrary. Ultimately, Hamilton took the podium, but Rosberg was a mere second behind. Third, though, was a surprising upset as Team India, which hasn’t been on the podium in a couple of years, saw their chance and took it. Sergio Perez had one of the best races of all time, with such a near-perfect accounting of himself throughout this grand prix that it’s hard to imagine that we won’t be seeing him winning again, and soon. His third place finish was very well-earned.

Behind him, the ranks were shifting continually as teams battled with one another and themselves, vying for position as each lap counted. The Red Bull drivers seemed to be working together at first, but that team work fell apart as Vettel and Hulkenberg began to one-up each other midway through the race.

The McLaren team didn’t even finish the race, both bowing out and taking did not finish results.

Ferrari, for their part, had what may have been the worst showing of all time. It was so bad that Luca di Montezemolo walked out with obvious consternation before the race was even half done.

In the race, though, inter-team rivalry was also heavy. Wheel interlocking was common in this grand prix as drivers pushed to create openings for themselves and teammates.

Lotus driver Pastor Maldonado tied up with Esteban Gutierrez of Sauber as the Sauber car cut hard to shave a corner and the front aero of the Lotus dug under and  sent the Sauber car into the air, flipping over in a full 360 spin in what would become only the second safety car lap in Bahrain history. Amazingly, Gutierrez walked away from the crash unscathed, yelling over the radio “What was that?!”

This was, by far, the most exciting Formula 1 in any recent memory. It was all about the cars and their drivers and, as racing should be.