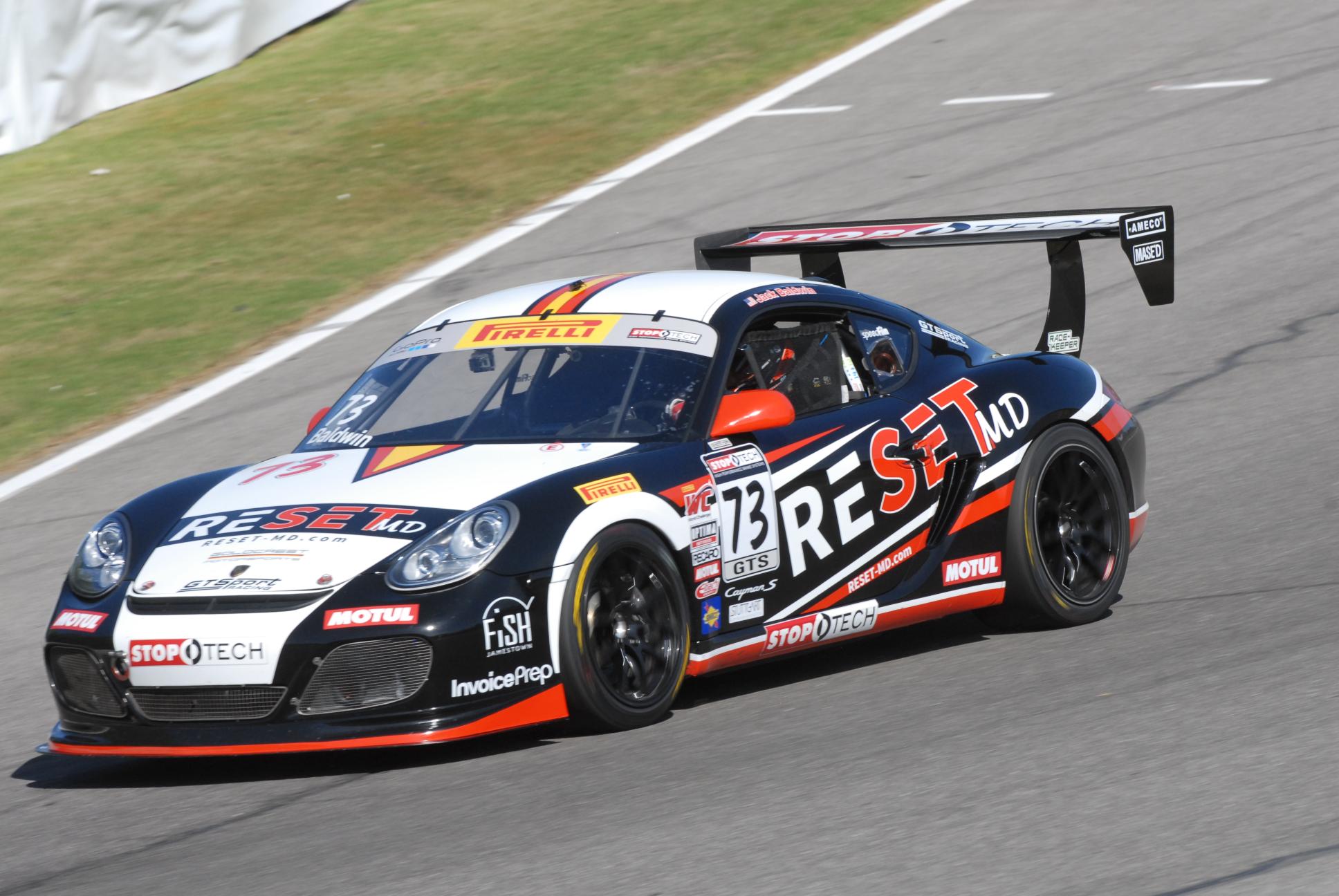 Jack Baldwin took the GTS Class in his Porsche Cayman S in a 4.7-second win for the No 73 RESET-MD/StopTech/Motul car. Baldwin’s teammates in other classes finish well, with his GT-A compadre Michael Mills taking podium twice in his 911 GT3 R. GTSport/Goldcrest Motorsports spent a hectic several days repairing the Cayman S after its debilitating wreck in Long Beach, which knocked Baldwin out of the race, another race incident Saturday took Baldwin out of the lead and threatened to again shut him out of the running after a bender with Nic Jonsson. Overnight repairs proved enough to get the car back on the track Sunday for the win.

“We had a great car and a winning car Saturday. But it was a tough battle between Nic Jönsson and I that ended with contact,” Baldwin said. “It meant another tough night for this crew putting the car back together, but I had all the faith in the world that this Goldcrest Motorsports crew could do it again and we’d have the No. 73 Porsche Cayman S ready in time for Sunday’s race.” The next GT/GT-A/GTS rounds in the series will be in Michigan as part of the Cadillac V-Series Challenge and Chevrolet Detroit Belle Isle Grand Prix May 30 and June 1st.