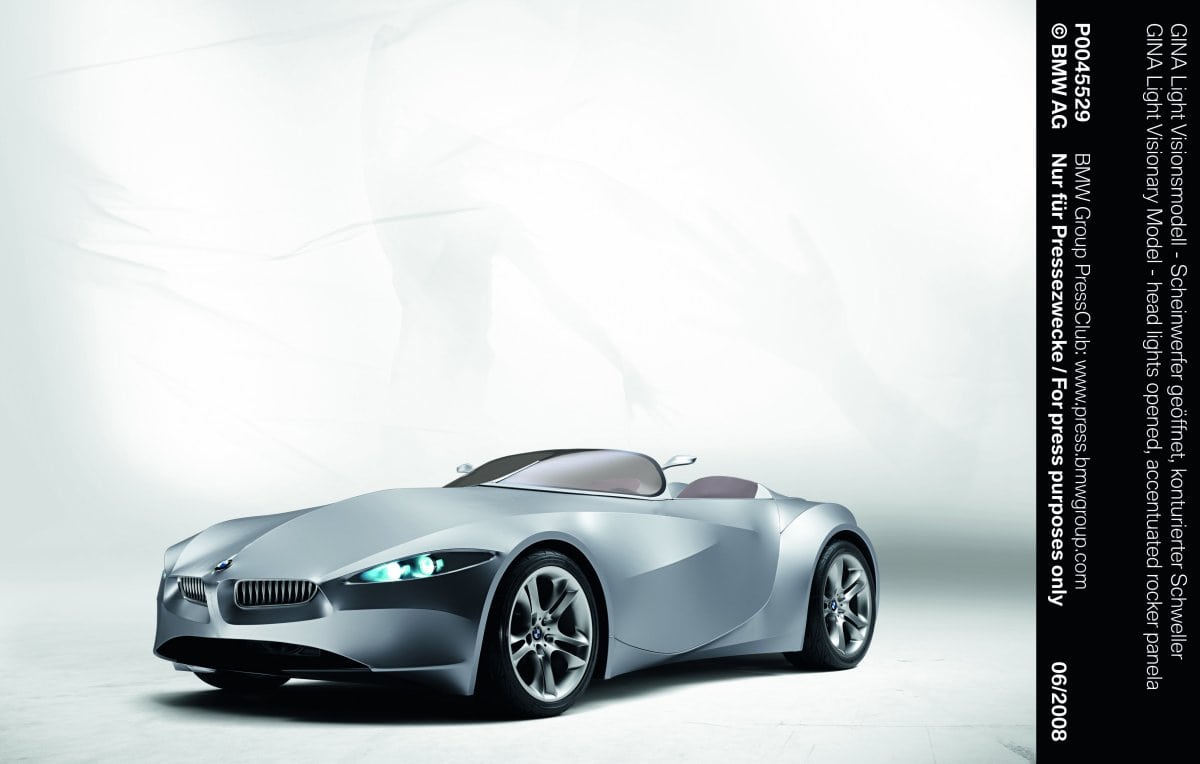 The BMW GINA Light Visionary Model is an extremely forward-thinking and out-of-the-box concept car which features “elastic” skin and an unusual body framework underneath to allow it to morph and reshape itself according to its need. Even access to the engine compartment is almost alien in its nature compared to the standard automotive convention. This ground-breaking concept will be on display in Atlanta, Georgia at the Dream Cars: Innovative Design, Visionary Ideas exhibit at the High Museum of Art. This is a rare American appearance for the concept, which normally resides in Europe. It will be joined by sixteen other concepts from Europe and the United States that push the limits of imagination. Concept dates begin in the 1930s and move forward to the present.

Ken Gross, Consulting Curator for “Dream Cars: Innovative Design, Visionary Ideas”, explained why GINA was chosen to be included: “Beyond its undeniable beauty, the GINA Light Visionary Model was an advanced, water-resistant, translucent textile-bodied concept car with a virtually seamless fabric exterior skin that could change elements of its shape on demand. And it wasn’t just a fanciful exercise. The GINA study helped BMW to develop rapid manufacturing, digital tooling techniques and a robot-guided steel embossing process to create the complex hoods for the production of the BMW Z4 M Roadster and the BMW Z4 M Coupé.”

Other exhibits include patents, scale models, and production models to show the process of invention through to market fruition.

Many may remember the GINA from our Coffee and a Concept showcase of the car.