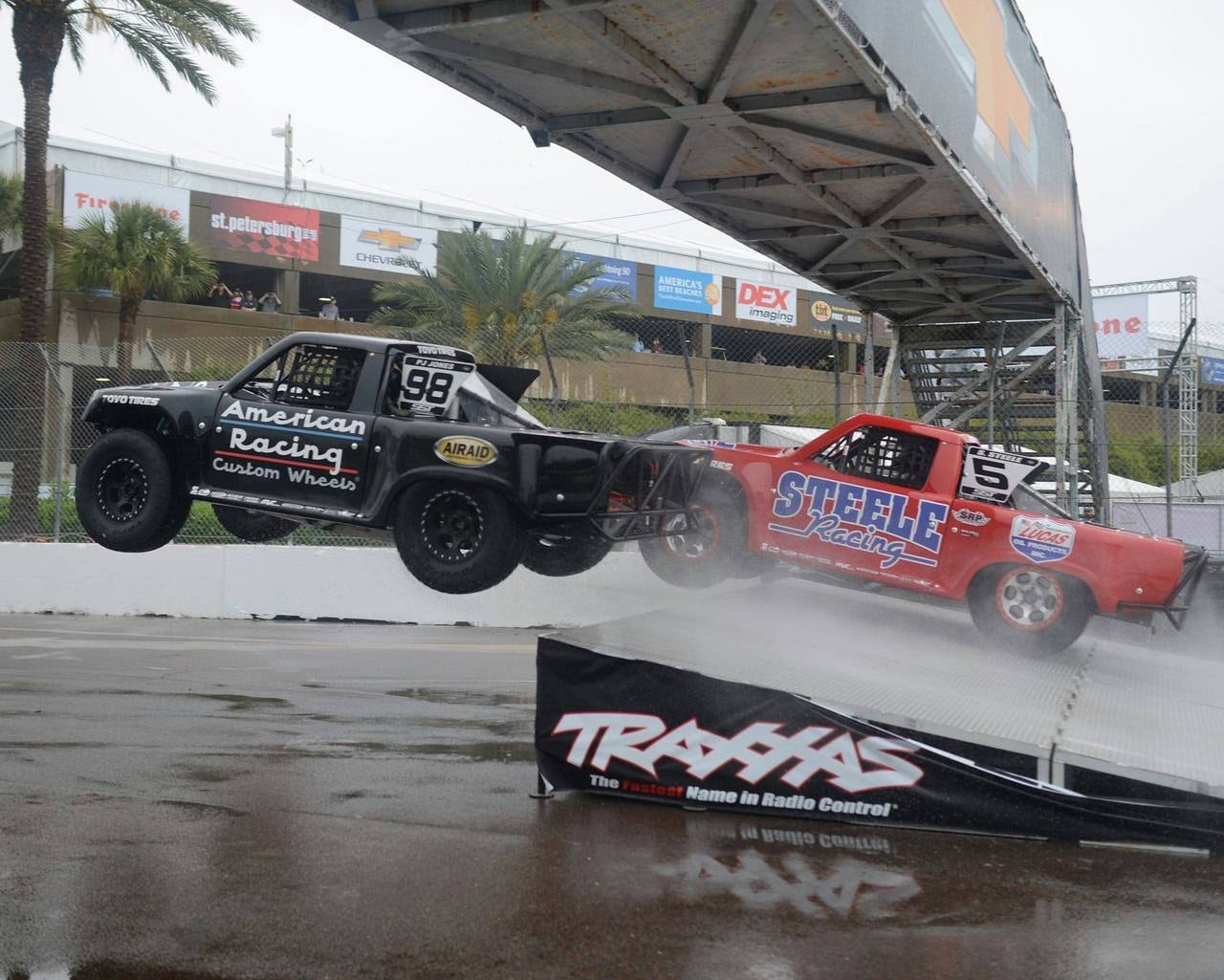 Robby Gordon takes Round 1, PJ Jones Round 2 of SST

Officials with the Sports Car Club of New Hampshire and the Mt. Washington Auto Road revealed the competitor list today for the return of the legendary Mt. Washington “Climb to the Clouds” Automobile Hillclimb which will take place June 27-29, 2014 on the 7.6 mile Mt. Washington Auto Road.
The Subaru Mt. Washington Hillclimb, also known as the Climb to the Clouds, was first run in 1904 as part of the famous Glidden Tour and serves as one of North America’s oldest motorsports events. Following a 3-year hiatus, the 2014 Subaru Mt. Washington Hillclimb will be a 3-day motorsports festival boasting an 80-car competition field – the largest in the event’s history – filled with some of the best race and rally drivers from around the world competing for “King of the Hill” honors on the Northeast’s tallest peak.

Also returning to Mt. Washington this year will be three very popular racers from New Hampshire who have competed in every Mt. Washington Hillclimb race since the event returned in 1990 – 14 events in all. These drivers include David Patten from Dunbarton, NH; Drew Young from Loudon, NH and Don Taylor from Claremont, NH. All three drivers are regular competitors in the New England Hillclimb Championship which hosts hillclimb events on access roads at the Mt. Ascutney State Park, Burke Mountain State Park, Okemo Mountain Resort and Mt. Philo State Park – all of which are located in the state of Vermont. Taylor will be pulling double-duty at this year’s hillclimb as he’ll also serve as the event’s Chief Technical Inspector.

The ever-popular Vintage Class meanwhile features a lineup of ten prestigious racing cars from the 1940’s through the late 1970’s. Athough all vehicles featured in this class have played a significant role in motorsports history through the years, the 1958 Porsche Carrera-powered Volkswagen “Bathtub” probably boasts the most Mt. Washington history of all cars entered. Driven to a record-setting time of 9 minutes and 13 seconds in 1961 by the legendary Bill Rutan from Connecticut, Rutan and the “Bathtub”, as it had come to be known, returned to Mt. Washington 29 years later in 1990 and raced to the top of Mt. Washington once again – beating his 1961 record-setting time by almost a minute!

Although Rutan won’t be sitting behind the wheel of the “Bathtub” this coming June, the completely restored Carrera-powered Volkswagen will be driven by another well-known Connecticut racer, Wayne Carini from Portland, CT. The popular host of the Velocity Channel’s “Chasing Classic Cars” television show, Carini will also serve as the Grand Marshal of the 2014 Subaru Mt. Washington Hillclimb.

On both Friday and Saturday, the Mt. Washington Auto Road will be closed in the morning for practice, but will open to the public shortly after noon.

On Sunday, June 29th, the Mt. Washington Auto Road will be closed all day for the 110th anniversary of the Climb to the Clouds. Gates will open to spectators at 6:30am with tickets available for those who would like to drive to the summit of Mt. Washington and hike down to various areas along the course to watch the racing action above tree-line. For those interested in watching the racing from the Half-Way viewing area, which is just above tree-line, shuttle tickets will be available in advance and also sold the day of the event for either the morning race session or the afternoon race session. Tickets will also be available in advance for viewing from the base area of the Mt. Washington Auto Road on Sunday where spectators will be treated to Opening Ceremonies which will include driver introductions and will kick off at 9:00am with the first car starting at approximately 9:30am.

For more information regarding the 2014 Subaru Mt. Washington Hillclimb, including schedule and ticket information, call (603) 466-3988 or visit www.climbtotheclouds.com.