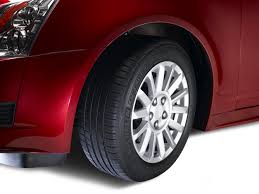 As motorists, we are all used to the cars we drive having a plethora of safety systems. For example, all modern cars have a safety system called ABS, which is short for “Anti-lock Braking System.” Invented by German car manufacturer Mercedes-Benz in partnership with Bosch back in the 1970s, this system helps to prevent wheels from locking up and the car skidding when an emergency brake is performed.

Traction control is also another common safety feature that modern cars of today have, and works in a similar way to ABS. But there is a new technology in town, and it’s called AEB – or “Autonomous Emergency Braking” for short. What exactly is AEB, how can we as motorists benefit from it, and is it something that all cars will feature in the near future?

All of these questions and more will be answered in this rough guide to AEB! Autonomous Emergency Braking is a revolutionary way of preventing your car from being involved in an accident. I must admit; when I first heard of this I had pictured a series of hamsters employed by the car’s manufacturer to make sure that their cars were not damaged in the absence of correct braking by car owners. Sadly, I was wrong on this occasion.

AEB is actually a new technology (no hamsters involved) that aims to stop your car from driving into the back of someone else’s at low or high speeds.

Using a series of hi-tech sensors fitted behind the car’s rear-view mirror, the AEB system is able to determine whether you are about to crash into the car in front of you or not. If it decides that you are about to have a fender-bender, it will automatically apply your brakes for you to prevent or lessen the severity of an impending collision with the car in front.

The great thing about AEB is that it will only intervene literally as late as possible, give the driver plenty of time to make a decision about braking or not.

Is this system already in use?

Yes, AEB is already being fitted to today’s cars. According to car dealer Imperial Car Supermarket, the system is known as “City Safety” in Volvo cars and “Active City Stop” in Ford vehicles.

Car manufacturers and the motor industry in general work tirelessly to come up with new safety innovations that will not only protect motorists from harm but will obviously shift a lot more brand new and used cars in those markets!

AEB is a significant new development in road safety, and despite the system being relatively new, is being taken into consideration by the motor insurance industry who will potentially reduce the insurance groups on cars fitted with these safety systems; ultimately, this means that you could enjoy cheaper car insurance in the future.

Absolutely! For example, a study conducted in the United States has determined that cars fitted with AEB systems were involved in fewer collisions than cars that didn’t have the system installed as standard.