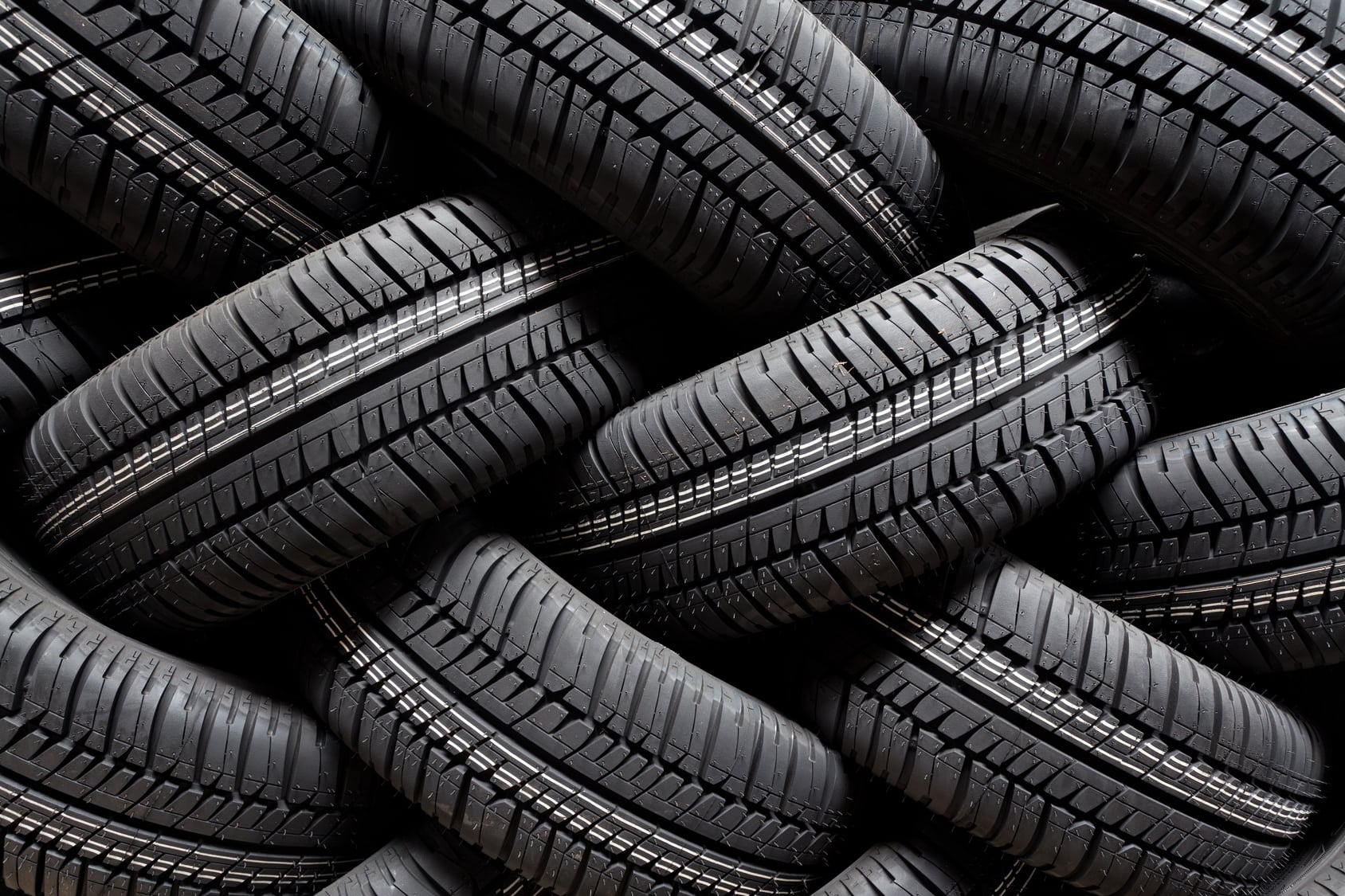 When we think about collectible cars, we think about very old classics, very rare “best of breed” cars, or the unusual oddballs of yesteryear. Collectors tend to want rarity, oddity, or nostalgia. Most want a combination of these things.

This made us wonder what would be considered collectible today? Which of the cars plying our roads right now will become classics that the teenagers of today will covet when they’re 50 and looking for a Sunday driver they can take to the occasional car show and talk about?

Obviously, dream cars like McLaren and such are not on this list because those are vehicles which are basically sold off the production line as collectibles.  They are so high-end, so high-priced, and so limited in number that they are guaranteed to be collector’s editions the second they are announced. Instead, we’re wondering which cars would be collectible tomorrow that we see daily today and don’t even give a second thought to.

A fair question and one that brings interesting thoughts to mind. Here are five “normal” and “everyday” low-cost cars you can buy used, right now and on the cheap, that we think will become collectible in thirty to fifty years. The car most often given the label of “ugliest car ever made” is destined for collectibility for that very same reason. Think of the Edsel, the Gremlin, and other “ugliest” cars before it. They’re all now very sought after. Plus it was a star in the hit show Breaking Bad. I predict that the puke yellow color shown here will be the most popular. If you read the green car press of ten years ago, the Hummer line of sport utilities was going to single-handedly destroy the planet. The term “Hummer” became so tied to the idea of over-consumption, pollution, and gas guzzling that it’s virtually a synonym for that today. Now that they’re no longer being made and aren’t very resale friendly, you can expect to see them become collector’s dreams in the near future. Especially the original, full-sized Hummer, but the smaller H2 and H3s will also be considered “retro-vintage” kind of things. Think about it. 30 years from now, a vehicle that gets less than 20 mpg will be a total novelty! Flipping that coin, the world’s first series production hybrid will become highly sought after. The Insight was not a great seller and there are a lot of reasons for that. One big one was its very forward-looking style based on the needs of aerodynamics rather than on beauty. The original Insight was a 2-seat, 70 mpg car and only about 18,000 of them were made worldwide. For Generations X and Y, the Escalade was/is the “cool” vehicle every gangster wannabe wants. It was featured in all the rap videos, was sung about in hip hop, and still shows up in “livin’ the life” showcases of that gangsta lifestyle. Well, eventually, all of those suburban gangsters will grow up and start thinking about collecting cars. They’re all gonna want the one that they first lusted after thanks to those rap videos.. The cruck version might prove especially popular. For kids growing up in the past ten  years, the Magnum was the only station wagon left on the road that wasn’t either a crossover or an expensive foreign car. The Magnum is basically the station wagon version of the Chrysler 300 and retains its powerful low coupe style cues and big muscular American appearance. The term “performance wagon” has been used on only a few vehicles in the past and applies very well to this one. This combination of nostalgia, oddity, and great looks will come together to make this car collectible.

5 New vehicles of today that will be collectible

Continuing on that thought, here are five new vehicles today that will be collectible tomorrow (in our estimation). These were all introduced in the past couple of years and are ones that we think will become collectible down the road, yet are still affordable cars to purchase right now.

The original, first-generation Miata is now becoming a collector’s car. With the next-generation poised to come on the scene, the current-generation (now seeing the last of its production) will naturally follow its predecessors and eventually become a collector’s car. These are fun little roadsters and are the most likely first open-top sports cars for our generation. They’re also now in their 25th year. I’m including the Juke on the list because it’s an oddball that’s endeared itself to many while still remaining somewhat functional (which means it sells) and fun to drive (again, translating to sales). Yet sales figures for the Juke are not so high that this will be such an easy find in thirty years that they’ll become the Falcons of today – cars so prolifically built that even fifty years later, there are thousands up for sale daily. I’m including this one because of something Jay Leno said in a magazine article a few years ago about collecting cars. “Any car your girlfriend thinks is cute,” he said, will become collectible. Leno was specifically referring to little city cars. “Things don’t change,” he continued. “If a woman was cute 20 years ago, she’s cute today. The same is true for cars.” Well, the 500L is today’s epitome of cuteness. It’s also fun to drive (in its way) and very quirky, adding bonus points to its “collectible in a couple of decades” score.

Anything with “NISMO,” “SRT,” “SPEED,” etc. added to its nameplate

Here we’re stating the obvious. Any of the factory tuning brands, like Nissan’s NISMO, Chrysler’s SRT and Mazda’s SPEED, will become collectible. This is today’s version of the Shelby and similar tuners from back in the day. Just as nobody cares about the late-’60s Challenger unless it has the “R/T” added to its badge, so will the added NISMO or SRT mean collectibility in today’s cars. Here’s another no-brainer. The Subaru BRZ, Scion FR-S, and Toyota FT-86 are today’s most sought-after entry-level sports cars. These are the sport coupes that kids right now are putting up as posters on their walls and pining after because not only are they cool, but they’re attainable. For many, these are their first-time sports cars and that will make them the most memorable later on. Besides, these cars just look good and good looks are always timeless. The FT-86 will likely be the most-collected, by the way, as it is also the most rare of the three. Watch for the future con artist who rebadges an FR-S to an FT-86 in order to boost its price tag.

What do you think?

There are plenty of cars that could have made these lists because they are obvious collectibles. The new-generation Corvette, for instance, is a sure example of what a car that becomes a collector’s dream the moment it leaves the assembly line is like. There are several vehicles just like that, of course, all falling into the muscle, sports, or pony car categories.

We also did not include trucks here. While it’s possible that some pickup trucks might become collectible down the line, it’s not likely. Pickups are an odd category and they tend to be on the secondary market for a very, very long time before getting scrapped or crushed. Today, there are trucks from the 1970s and 1980s plying our roads daily and no one considers them to be collector’s vehicles. They’re just old trucks. So while a 1950 3100 might be considered awesome now, twenty years ago it was just another farmer’s rust bucket.

Another thing you might have noticed that was missing from our list were a lot of alternative power trains. “The Model S is sure to be a collectible,” some will say. Sure, but it’s also a car whose price tag is out of the reach of the majority of buyers, so it falls into the “dream car” category we loosely created for obvious collectibles like Ferraris and Lamborghinis.

The Nissan LEAF might become collectible too, but since most buyers are already at the age where they’re probably thinking about collecting cars or youth nostalgia items, these cars are less likely to be nostalgia items themselves for quite some time.

I’m sure there are plenty of cars not on this list that arguments could be made for, though. Feel free to leave comments and list your favorites and why you think they’ll be collectible.