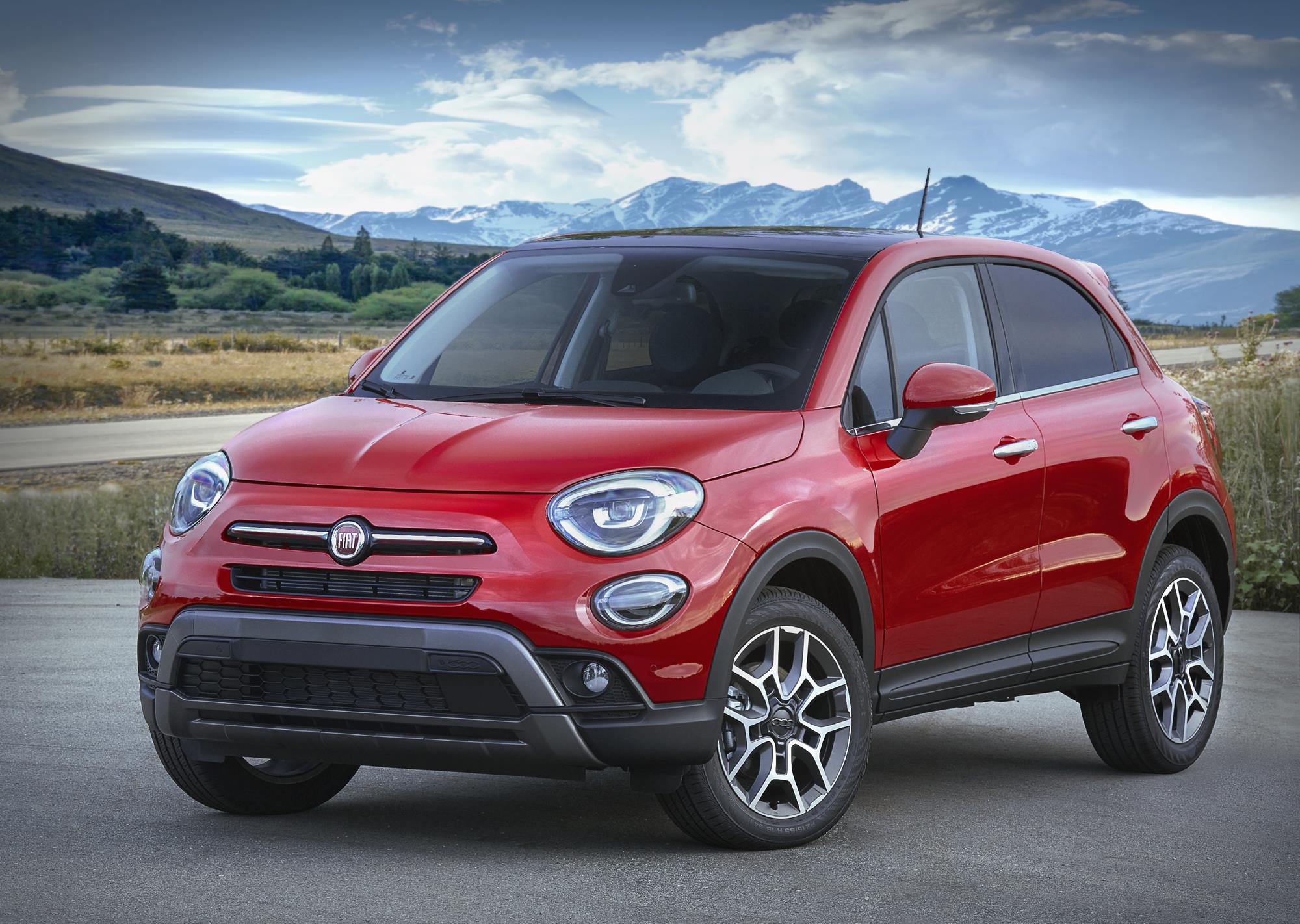 With only one round in the books this Red Bull Global Rallycross season, there has already been no shortage of surprises in the results column. Top Gear Festival Barbados saw Scott Speed, Steve Arpin, and Brian Deegan as the big winners, with incidents in the final coming back to bite Joni Wiman and Sverre Isachsen and two-time series champion Tanner Foust failing to make it to the main event for just the second time in his Red Bull GRC career.

Suffice it to say that the Red Bull GRC Power Rankings crew had some work to do after its first showing—not only to re-rack the 13 Supercars drivers who competed in Barbados, but also to add six more who will make their season debuts at this weekend’s X Games Austin. Jim Beaver, Chris Leone, and Danny Passovoy return as always, while this week’s guest slot features Alanis King of rallyxyz.com. Scott Speed: Huge win out of the box in Barbados for Scott Speed. He was fast all weekend and really showed how good the VW platform is. He should be a threat all year long and one of the early favorites for the championship. —Jim Beaver

Ken Block: The season began in frustrating fashion for Ken Block, resembling much of his 2013 campaign in GRC. What looked to be a successful weekend — with a win in the third round of heats and a front-row start in the final — ended in a frightful crash on the first lap of the final. While the start to his season wasn’t ideal, that won’t be enough to deter the GRC veteran, and an X Games medal would help to wipe the memory of a disastrous end to Block’s Barbados efforts. —Alanis King

Toomas Heikkinen: Heikkinen is back in action, racing for the first and only time of the season in Red Bull Global Rallycross at the 2014 Summer X Games in Austin. Racing for Olsbergs MSE, Heikkinen finished with five wins, eight podiums and 169 points overall in 2013. He’ll join Marklund Motorsport in Texas with a brand new Volkswagen Polo. —Danny Passovoy

Joni Wiman: His podium finish was taken away for aggressive driving, and he would’ve won outright had he not taken the joker twice, but Wiman showed that he has the raw potential to compete in Supercars. The one thing that he didn’t deal with much in Lites was adversity, and now he’s got some experience on that front. —Chris Leone

Tanner Foust: It was a tough start to the season for 2011 and 2012 RBGRC champion, Tanner Foust. Foust finished with the fastest lap time by a driver in heat event with a 44.090 on the first day, but overshot the jump and lost a door on day two and took the joker twice in the LCQ to miss out on the final race. Regardless, the Volkwagen Andretti Rallycross driver has already proven himself a winner in his series and should still find himself near the top of the standings when all is said and done. —Danny Passovoy Brian Deegan: Give Deegan a ton of credit for jumping into a car for the first time since last November and earning the 11th podium finish of his Red Bull GRC career. He’ll only run five races this year, but he’s going to make them count. —Chris Leone

Nelson Piquet Jr.: Barely missing the podium in Barbados led Nelson Piquet Jr. to believe that his finish could have been better in the season-opening event, and will likely motivate the driver to reclaim what he believed to be rightfully his this weekend at X Games: a top-three finish in the final. Piquet showed the speed behind his new SH Racing Rallycross team by winning the seeding round and two of three heat races in Barbados, and that speed should carry into a solid X Games finish. —Alanis King

Liam Doran: The “British Bomb” knows how to take the gold at X-Games. Often controversial with his hard charging driving style, Doran has nothing to lose and everything to gain at X Games. That makes for a scary combination. —Jim Beaver

Travis Pastrana: Unfortunately for Rallycross fans, the X Games will be the only event Pastrana will compete in for Red Bull Global Rallycross this season. Bothered by a shoulder injury in 2012, Pastrana returned in 2013 with something to prove. In five races last season, Pastrana finished with one heat win and reached the podium in the final race of the season in Las Vegas for a 10th place overall finish in the series. —Danny Passovoy

Steve Arpin: Though the competition will be much steeper in the upcoming event at X Games Austin, a second-place finish in Barbados will generate a considerable amount of momentum for Steve Arpin heading into the weekend. The fight to qualify for the final will be a tough one, but Arpin’s championship campaign will be greatly aided with a start in the main event. With one podium finish to his name already this season, keep an eye on the driver of the No. 00 this weekend. —Alanis King

Sverre Isachsen: The hard driving Norwegian proved once again at Barbados he is one of the best starters in GRC. While his rivalry with Nelson Piquet Jr. ended up costing him a shot at a podium, the three-time European champion has shown he is still one of the best drivers on the grid. —Jim Beaver Patrik Sandell: Sandell made his way into the Barbados main event through the heats but didn’t make it to the finish with a mechanical failure. He had a solid 2013 season and should expect more of the same in 2014. —Chris Leone

Austin Dyne: It was an impressive opening weekend for Supercars rookie Austin Dyne. The Barracuda Racing driver proved himself as one of the fastest drivers in the pack, finishing second to Joni Wiman in his second heat event. However, Dyne pulled off in the final with a rear differential failure; it would’ve been great to see Dyne compete for his first podium in his first championship race. —Danny Passovoy

Anton Marklund: With a 4th place finish at X Games Munich last year, and a solid Volkswagen platform under him, look for Anton Marklund to definitely be fast at X Games. He’s got an all-new Polo for 2014, the old cars having gone to the Andretti squad. —Jim Beaver

Rhys Millen: Coming off of a 7th-place finish in Barbados, driver/owner Rhys Millen will have more than one additional driver fielded by his team this weekend at X Games Austin. Millen’s operation will see its debut GRC Lites entry contend this weekend at X Games with Tyler Benson behind the wheel; not only will Millen be aiming for a successful weekend as a team owner, he’ll be vying for honors in GRC’s most recognized event of the season as a driver as well. —Alanis King

Ricky Johnson: Austin is Johnson’s first race in a rallycross car, otherwise he’d be ranked a lot higher than this. He’s won so many motocross and off-road championships that he’s a threat no matter what he runs in and where, it’ll just be a learning experience for him to adapt to the new vehicle in a race situation. —Chris Leone

Bucky Lasek: Lasek had a decent first heat, but fell way behind his second time around. Engine trouble plagued the professional skateboarder before the third race and pulled the #81 Subaru from contention in the third heat and LCQ races. —Danny Passovoy

Emma Gilmour: A New Zealand stage rally specialist, Gilmour became the first female ever in GRC competition in Barbados. Once she gets comfortable with the door to door competition of GRC, she will no doubt be competitive. —Jim Beaver

Pat Moro: Pat Moro will be another contender making his first start of the season this weekend at X Games Austin, and will be behind the wheel of the vehicle that underwent countless testing and tweaking during the 2013 season. With the only Chevrolet Sonic entered in the field for X Games, look for Moro to prove that all of the anticipation and work on the Sonic from last season was a worthwhile investment. —Alanis King