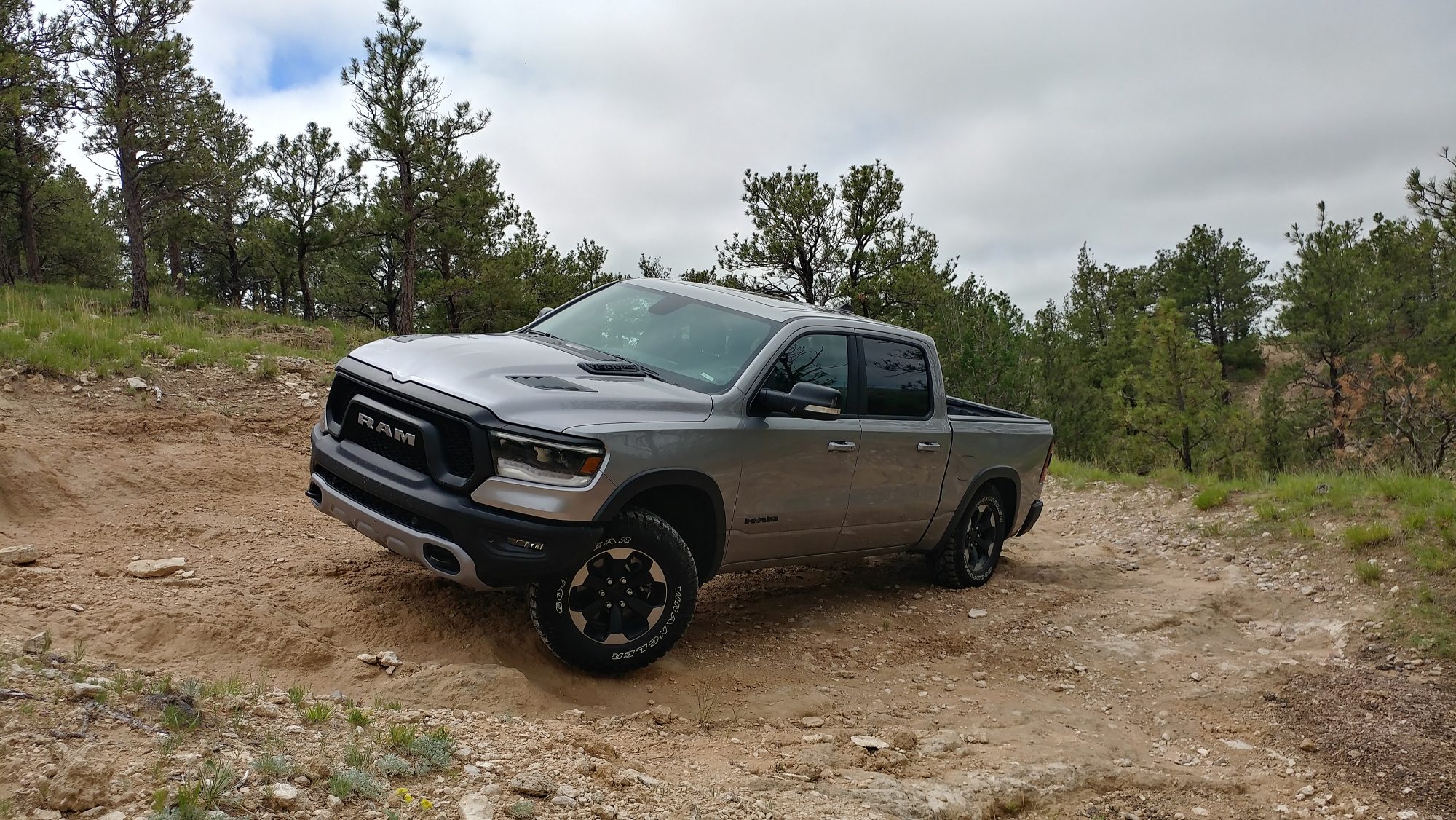 The 2014 Nissan Frontier Pro-4X is the current rendition of a pickup truck that has become a favorite thanks to its focus on fun factor and off-track capability. In that regard, the 2014 model year sees little change from last year’s Frontier. This time in the 2014 Frontier was not our first rodeo with the truck and rather than do the usual “let’s drive it around and test it as an everyday vehicle” like we normally do, we decided to take the Frontier Pro-4X out in the country and put miles on the truck without pavement and highways. This is what the Frontier in the Pro-4X package begs you to do, after all.

We already knew that on the road, the Frontier is a good pickup. Since almost nothing but a paint option and some voice-assist technology in the nav system are different from last year’s model, we’ll point to the 2013 Nissan Frontier review for those of you who want a thorough look at how this truck is every day.

Instead, let’s look at the 2014 Frontier Pro-4X in terms of offroad use and experience.

There are two engine options for the 2014 Frontier. The lower trim levels have a 2.5-liter four-cylinder engine as standard while he premium trims, including Pro-4X, have a 4.0-liter V6 as standard. This can be coupled to either a six-speed manual or five-speed automatic.

This V6 produces 261 horsepower, 281 lb-ft of torque, and gives the truck a tow rating of about 5,700-6,500 pounds, depending on cab configuration. The Pro-4X, obviously, has a four-wheel drive chassis, but other trims can be had in two-wheel if desired.

Fuel economy is only good if you’re comparing it to the norms in this segment, at 17 mpg combined in 4WD with the automatic transmission. That’s 15 in the city and 21 on the highway. Given the 19 mpg the 4×2 model has, you lose little with the offroad option.

No Pavement, No Problem

Much of our driving in the 2014 Nissan Frontier Pro-4X this time around was off the streets. In fact, nearly every mile we put on the odometer was off pavement. I took my young daughters out for long drives on roads that weren’t found on the GPS mapping and on which few road signs announced locations. We drove through the wilds of Eastern Wyoming and Western Nebraska randomly, looking at places we’d never been before.

Not once did we feel the little Frontier was not going to be able to make it or get us there. Washboard roads were absorbed by the truck easily and it glided over them with nary a vibration in the cab. On gravel patches and over washed out sections of the packed dirt farm roads we were on, it drove through with ease and at speeds that were far higher than we’d have tried in anything less sure footed.

No Roads, Still No Problem

Out in the back country, we often turned off the road to make “shortcuts” through open fields and unmarked land. With four-wheel drive engaged, the 2014 Frontier Pro-4X jumped off the road with abandon and dug through mud and soft dirt without hesitation. The V6 has more than enough power to propel this pickup through almost any terrain and the Pro-4X package’s Billstein shocks and heavy-duty construction had no worries as we climbed small hills and bounded through sagebrush.

Short of serious Moab-style rock climbing, the Frontier Pro-4X is capable of doing just about anything. In our mind, this makes it one of the most-fun pickups you can own.

Competition for the 2014 Nissan Frontier Pro-4X is slim. So slim, in fact, that there’s only one midsize truck on the market other than this one: the Toyota Tacoma. A direct comparison is the Tacoma in the TRD package. The main difference between the two trucks is capability. The Toyota is a better driving experience on the road and has slightly more versatility for everyday use and load hauling. The Frontier, however, beats it hands-down for offroad prowess and overall fun factor. The choice will be a matter of what you want the truck to do.

Both the Tacoma and the Frontier are very dated trucks and deeply in need of an overhaul. The 2014 Frontier marks nine years since the truck saw a major revamp, but Nissan is hinting at one come very soon – possibly in 2015 as a 2016 model. This could include diesel, to compete with the new midsize truck entry from General Motors.

A very offroad capable truck with everything you could want in a small truck that loves the dirt and mud.

Fit and capable for most of the tasks you’d ask of a midsize pickup.

Not as fuel efficient as it could be with developments over the last decade.

During our time in the 2014 Nissan Frontier Pro-4X, we drove it just about everywhere we could find that didn’t have pavement. It climbs, traverses, digs, and more with glee. A truly fun offroad pickup truck that is always sure of foot and happy at heart.

Test Period Length and Limitations
The Frontier was a manufacturer’s press loan given to us to drive for about a week. During that time, we put about 100 miles on the odometer. Most of that was in rural, country driving with nearly half being on unpaved roads and offroad.