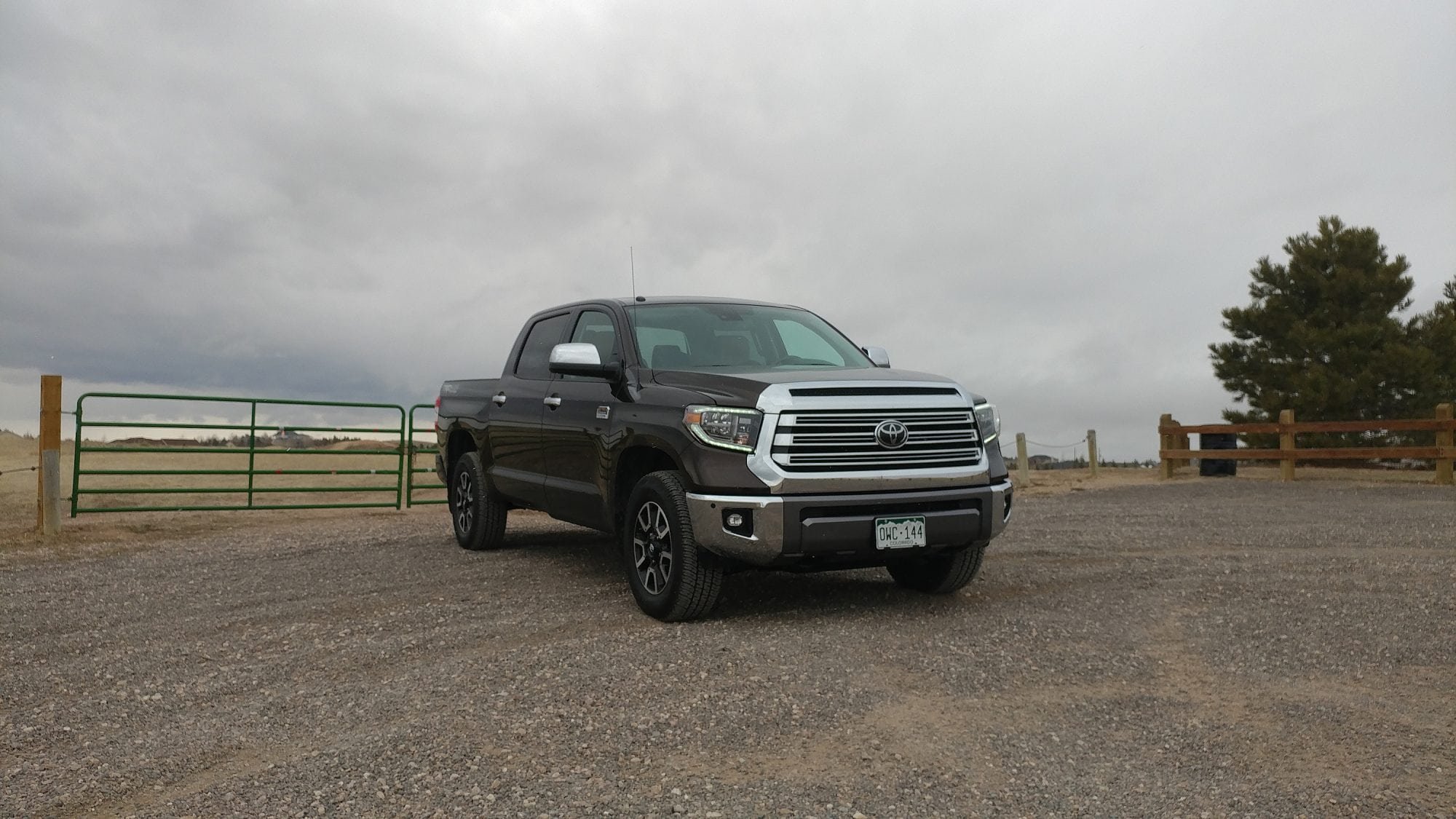 The 2014 Ram 1500 ProMaster Cargo is Ram Truck’s replacement for the Sprinter they built using Mercedes-Benz designs. Based on the Fiat Ducato, the ProMaster is designed with the cargo area as the primary concern, with several industry bests and thoughtful additions that make it a great work van. Even if all you’re doing is helping a friend move. This new ProMaster Cargo van is thanks to the Fiat Chrysler Auto partnership and comes directly from the ergonomic and highly-praised Fiat Ducato van of similar design, sold in Europe. While the ProMaster retains the Ducato’s front-wheel drive chassis and excellent low load height, it uses a tried-and-true Pentastar engine.

Nearly everything about this van is designed for hauling cargo or getting work done. Endless configurations can be had in the aftermarket, of course, making this a workman’s dream. With the High Roof option as we drove it, the interior measures about 6-feet, 5-inches in height, allowing even someone my size to stand straight and walk through. This option has the exterior of the van at under 12 feet in total height. This being a commercial vehicle, everything about the 2014 Ram ProMaster is about the cargo space. The entire van has that European design now becoming popular in the U.S. That design maximizes interior space while shrinking the wheelbase as much as possible to improve maneuverability and overall length.

From front to rear, the cargo box of this van is tall, wide, and open. The High Roof option means a small granny’s attic above the driver, suitable for extra clothing, safety gear, tie-down storage, and the like. The wide, square cargo space sees little intrusion from the framing, allowing for the installation of several workbench and storage options, as needed. Plates at the center of the left and right walls in the cargo bay cover large, square openings just the right size for power outlet installations or air hose nubs. Routing wiring and hoses through the frames around the interior of the van would be easy to do for those add-ons.

The flat floor comes courtesy of an optional “wood floor” covering (it’s actually plastic, similar to a bed liner, but non-slip, $395) makes getting a load in and out very easy. We also had a Cargo Convenience Group option in our test van, which for $95 gets you convenient tie-downs throughout the cargo space’s side walls as well as a cargo net to protect the driver and front passenger. The rear backup camera ($230 option) is fitted at the top-center of the back of the van, looking down, making it perfect for getting into a dock, loading door, or backing to a trailer or ramp. It also eases the strain of getting out of tight spots in the city.

Several other options are also available.

Both the side sliding door and the rear hinged doors on our ProMaster Cargo test vehicle opened wide enough for a full pallet on a forklift to be easily set inside without takedown and restacking. A big plus for those hauling goods. The low floor height also makes it easy to get in and out as well as load things from the curb, which we thoroughly tested as we helped Tim Esterdahl move. For reference, the cargo area in our High Roof ProMaster held three bedrooms worth of furniture, including a king-sized bed (mattress, box springs, frame, and all), dressers, two twin-sized beds, a baby’s crib, and a lot of miscellaneous furniture.

Our only complaints about the cargo space were the cheap-feeling door handles on the interior of the doors, especially the sliding door. Otherwise, it’s a very well done commercial van.

The design of the 2014 Ram 1500 ProMaster Cargo has the driver sitting high, up front, in order to accommodate the engine and transmission that are underneath the front passenger area due to the short nose. This gives a commanding view of the road and the flooring is well-padded to dampen vibration from the engine and keep noise levels relatively low.

This high seating position, however, means that a tall person like myself is driving the ProMaster like a bus, holding the bottom of the steering wheel which is at my knees. It also means that the field of view, while really good, has me looking at the world out of the top of the windscreen rather than the center. Further, because the driver cannot move forward further than I was without losing all of his legroom, the left-hand side mirror is bisected by the window track, making rear visibility difficult on that side. Nearly all of those issues would be fixed by merely chopping the driver’s seat stilts down a couple of inches to lower the chair enough to allow more adjustment. The passenger’s could be lowered as well, though this would require finding a new place to store the toolbox (tire change kit and safety triangles) stored underneath.

The good news is that storage for the driver and passenger is great. The $195 shelf trim option above the driver’s and passenger’s heads is a great addition that gives you a spot to store your paperwork, lunchbox, cap, gloves, etc. Although drink holders are low, they are accessible and useful and better than what’s offered in many of the commercial vehicles I’ve been in.

We put a lot of miles on this van, thanks to moving Tim from Denver to Nebraska (roughly 300 miles all told). Most of that was on the highway and then in-town getting to and from Tim’s former house. In traffic, the Ram ProMaster is maneuverable and has great visibility, once you get used to the nuances mentioned earlier. Acceleration is good as well. We estimated fuel economy to be around 18-19 on the highway when loaded. It’s hard to argue with the 5 year, 100,000 mile warranty offered on that powertrain as part of the package.

On the highway, the 2014 Ram ProMaster Cargo drives well and is a fairly easy cruiser. Until the driver becomes accustomed to the driving position required by the seating, though, fatigue levels are relatively high and without any weight in the van, it is skittish on the pavement. When loaded with gear or stuff, of course, that immediately vanishes and the ProMaster shows you what it’s really for: hauling stuff. The van retains that signature road presence most Ram Trucks have. The mid-sized commercial van market is heating up and competition is becoming fierce. Ford has its Transit series, Nissan has its NV series, and Mercedes-Benz has the Sprinter. All are tough competition and choices for the buyer will depend largely on need. The ProMaster offers a strong mix of usability, cargo ergonomics, and economy and is the only one of the bunch that is front-wheel drive. It also has the lowest load height of the mix.

The Nissan NV2500 is a better highway driver, however, with a more truck-like feel but less cargo capability. The Ford Transit is very similar to the ProMaster and also offers a better drive experience, but is a rougher ride and not as maneuverable. The Mercedes Sprinter is tough competition for the ProMaster Cargo, though, and with a diesel offering, it’s the most fuel efficient of the lot. Ram has not said so, but it won’t be a surprise to anyone if the EcoDiesel option from the new 1500 pickup truck doesn’t end up in this van soon.

Very ergonomic for both loading and daily use. The low floor height and large access as well as numerous options for the cargo hauler makes it a great choice.

Extremely maneuverable for such a big van. The turning radius is tight and it turns corners and backs into slots nicely.

Poorly thought out driver’s seat and positioning. The bisected side mirror, somewhat over-high seating, and bad seat position would likely require customization by some owner-operators.

Cheap fittings on the interior cargo area door handles. They may be tougher than they look, but they give the impression of being cheap plastic and should be replaced with metal or more robust-feeling materials.

The 2014 Ram 1500 ProMaster Cargo is a great commercial van for the workman or cargo carrier. While it has its issues, these are all relatively minor and easily overcome, so for those who need the benefits this great cargo van has to offer, they shouldn’t be seen as serious obstacles.

Test Period Length and Limitations
Vehicle was a manufacturer’s press loan for about a week, during which time we put about 416 miles on it. The ProMaster was driven in town, on highways, in the city, and used to move a friend during that time.