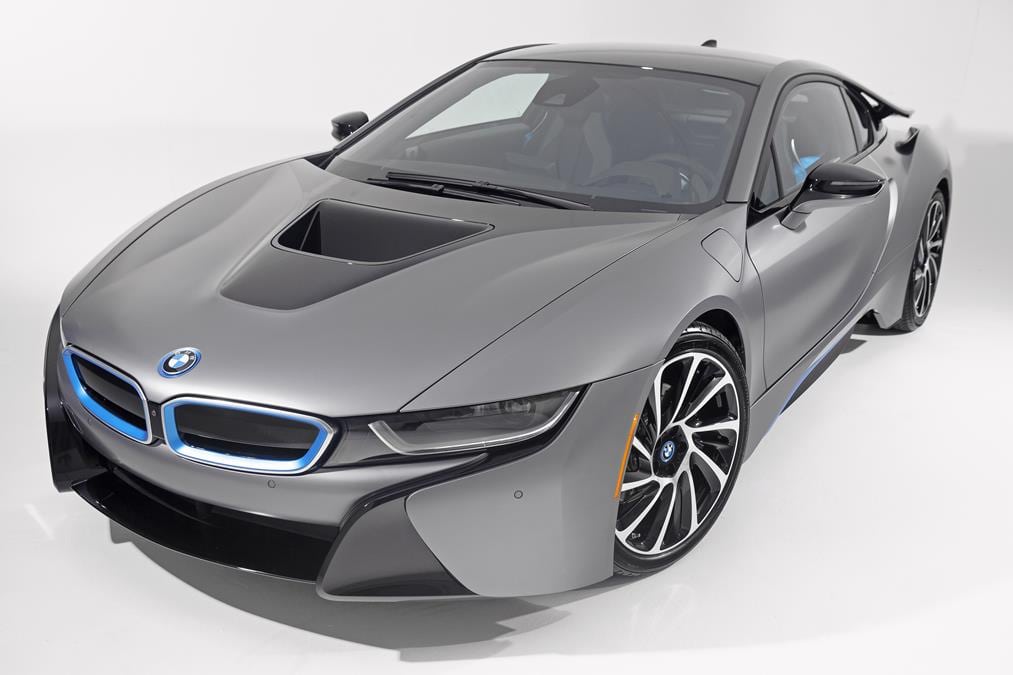 A completely one-of-a-kind 2014 BMW i8 will be auctioned in anticipation of the i8’s entry into the U.S. market later this year. The Concours d’Elegance Edition will be auctioned during the 2014 Pebble Beach Concours coming this weekend. The 2014 BMW i8 Concours d’Elegance Edition will feature BMW Individual Frozen Grey Metallic exterior paint. The unique interior will boast Dalbergia Brown leather upholstery, which is tanned using dye derived from plant extracts. The upholstery is accented with stitching in BMW i Blue. The Pure Impulse Tera World interior includes other trim accents in BMW i Blue, including the seat belts, as well as having “BMW i8” embossed into the front headrests. A number of US firsts will be included with this special edition including laser headlights, pending government approval, a BMW i8 Display key as well as the first BMW Charging Station, professional edition.

Other touches include signatures from the six people most responsible for the i8’s design and engineering. The special edition BMW i8 Concours d’Elegance Edition is scheduled to cross the auction block at 8:45 pm Pacific Daylight Time on Saturday, August 16th in the Pebble Beach Special Events area.