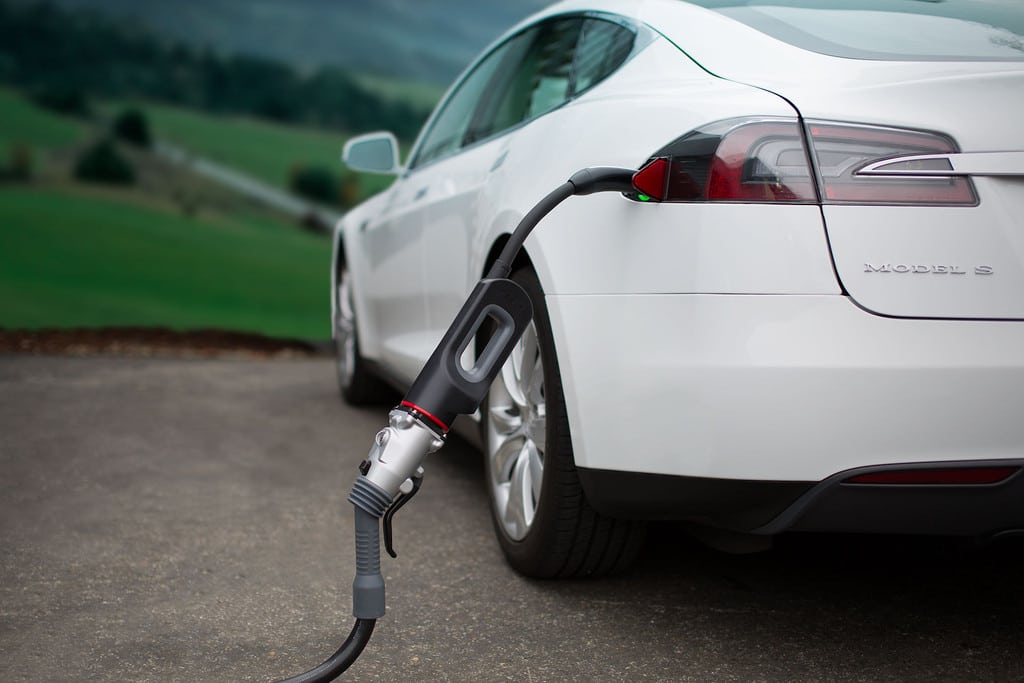 The Tesla CHAdeMO adapter is finally available and it will make a few people balk. $1,000.00 will buy the adapter that will allow a Model S owner to charge at the ever-growing CHAdeMO charging station network.

Before your blood boils at the thought of spending $1,000.00 on a Tesla CHAdeMO adapter, you should also ask the question: “Would I, and can I buy a Tesla?” If yes, then continue expressing yourself. If no, then it’s not for you. Move on. My first reaction was wondering why Tesla Motors was charging so much for an adapter. After all, how hard could it be to design an adapter for another charging station system? But much goes into an adapter beyond a simple adaptation. They are complex and need to handle different voltage (V) and amperage (A) than the car was originally designed for.

I’ll admit, I’m writing this story to get a reaction from my co-writers Aaron Turpen and Adam Yamada-Hanf. Anyone else can participate. I can pretty much see Aaron’s retort that Tesla isn’t serious about CHAdeMO, and that they’re only doing it because a few people expressed the desire. The charger is really meant as an expensive toy. Still, expensive toys usually help raise low production number bottom lines.

According to the Tesla Motors shop website page, if you own a Model S, you can also take advantage of the CHAdeMO network. In order to use the 50 kW CHAdeMO charging stations, Model S owners will have to enable the onboard hardware. CHAdeMO can put out up to 62.5 kW, or 125A and 500 V. In comparison, the German and American carmaker backed SAE Combo fast charger can put out around 100 kW, or 200-500 V, 200 A. It sounds like CHAdeMO can be upgraded to put out 200 A. The Tesla Superchargers use yet another equation, 480 volts at 100 amperes. In a nutshell, 120 kW of a Tesla Supercharger will give the top of the line Model S P85 200 miles in about 30 minutes. CHAdeMO stations charge at the rate of approximately 150 miles of range per hour of charge.

This adapter is only for the North American Model S. You can choose a separate adapter for European and Asian Model S owners.

Could Tesla have offered the CHAdeMO charger for less? Most likely, yes. Should it? There is no reason for the company to do so. Tesla already enjoys a smart business model putting it five to seven years ahead of the competition. An extra $2,000 at purchase time will let you charge for free, forever, according to the company. Will Tesla give you an SAE Combo adapter? There are no reasons to do so at this stage. The SAE Combo charging network is very small, certainly in comparison to the CHAdeMO.

It’s hard to argue for an against a $1,000.00 Tesla CHAdeMO adapter, but at least the company providing for the few who can justify it.

11 thoughts on “Tesla CHAdeMO Adapter, Comes at a Hefty Price”