It appears that Cadillac has made the bold decision to seperate itself from General Motors (GM) and will be moving company headquarters to New-York City.  This is an attempt to reinvigorate a brand that is considered “for old people” and “not cool” by young hipsters.

Cadillac’s new global HQ will reside in the “Big Apple” specifically in the trendy Soho neighborhood famous for art galleries.  The new modern loft offices will open sometime in 2015 but no definitive move date was released.  The move is meant to give Cadillac more creative freedom to explore ideas so that it can be more competitive in the global automotive marketplace.  Being physically in a place that helps set trends and standards for luxury around the world is supposed to help with this.  This also makes so that the brand does not concern itself with the “regular people” brands that GM has.

The new move, literally, comes after Cadillac hired Johan de Nysschen as new president of the company.  He came from Japanese luxury automaker Infiniti in August and before that de Nysschen worked at Audi and is largely credited with helping sales of both of these luxury automotive brands improve during his tenure.

Now he is the man tasked with reinventing a storied American luxury brand which has fallen behind against German rivals like Mercedes-Benz and BMW.  Cadillac’s sales have been on a decline with 114,000 vehicles being sold in the US market this year.  The Germans have done much better with sales in 2014 though, Mercedes-Benz has sold 221,000 vehicles while BMW has sold 211,000 vehicles in the US.  Johan de Nysschen job is not not only turn around sales numbers for Cadillac but also give the brand a better marketing push and punch.  The company is largely not seen as a hip or innovative brand.

“There is no city in the world where the inhabitants are more immersed in a premium lifestyle than in New York. Establishing our new global headquarters in Soho places Cadillac at the epicenter of sophisticated living. It allows our team to share experiences with premium-brand consumers and develop attitudes in common with our audience.” said Johan de Nysschen.

It is likely De Nysschen recommended this move to GM managment like Mary Barra, although CarNewsCafe could not confirm this with contacts and sources.  He did move Infiniti’s global headquarters to Hong Kong in 2012.  It has yet to be seen if that move has been positive long term for the company but industry experts have noted Infinit’s marketing efforts have improved in two years.

“As the media and advertising capital of the world, New York is the ideal location for Cadillac to move its marketing operations to enhance their brand and spur future growth,” commented Governor of New-York Andrew M. Cuomo about Cadillac’s move.  The Governor has shown active support for Cadillac moving to Soho.  Perhaps he thinks he will get a free car to be chauffeured around in?

It should be noted that no change to technical product development will occur and manufacturing or assembly plants will not be built in New-York City.  Obviously that is impractical and would be very expensive.  Michigan will still play an important role for GM.  Right now Cadillac senior executives are deciding who will go to SoHo and will get a “No, No!” on the move.

“We are very proud of our Detroit roots and heritage, and the majority of the Cadillac workforce will remain in Michigan,” commented Johan de Nysschen.

Our Take on Cadillac’s move to New York City

I believe that Cadillac moving out of Detroit and Michigan is a positive thing for the automaker.  Sometimes just like people, it is necessary for companies to move up and out.  It will allow marketers to get a fresh perspective and change and this is clearly what they need.

However, I’m not sure if moving to a city where a majority of the residents do not own a car is necessarily the right choice.  This might put some of the employees and marketing team out of touch with reality of people buying Cadillacs, which I don’t see as a good thing.  People in New York City might own a bicycle or go buy a scooter such as a Genze.

If Cadillac really wants to be more in touch, they should move headquarters to Washington DC.  We all know how people in that city are in touch with reality.  😉

Similar moves by luxury auto units have been tried before.  Most notably Lincoln moved to California 1990’s but returned back to Michigan.  Although it might be a good idea for Lincoln to consider a ‘re-move’ in my opinion.  They are in a worse situation currently than Cadillac and have appointed Kumar Galhotra as the company’s new president.

If you have any thoughts about Cadillac moving to New-York City, and specifically Soho, please let us know below. 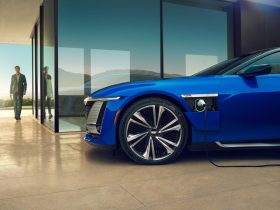 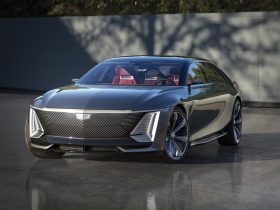