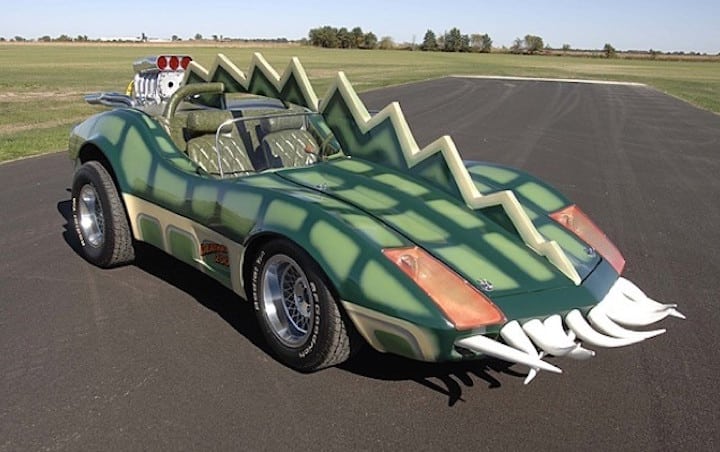 Renovo Motors, a start-up supercar electric automaker, has just gotten a backing of confidence from a well known Silicon Valley venture capitol firm.  True Ventures has given Renovo an initial round of funding to get the company’s first electric car, the Renovo Coupe, rolling.  It was not revealed how much money True Ventures has given Renovo Motors but the company has four funds with almost $900 million in capital under it’s managment.  We assume that the Renovo funding was somewhat substantial as you need a lot of money to get an automaker off the ground.

Renovo Motors announced their electric supercar at the 2014 Pebble Beach Concourse d’Elegance with much fanfare and media hype.  The company was founded in 2010 with the mission to “build the world’s most exciting electric vehicles.”  The electric car company has quietly been developing the powertrain and technology for the Renovo Coupe which it is claiming is “the first all-electric American supercar.”  (Anyone else thinks this basically sounds like Tesla 2.0?)  Here are some specifications and stats that are being claimed by Renovo.

*Will be built in Silicon Valley, USA

Nice specifications, but how much will it cost?  The Renovo Coupe will set you back a cool $500,000.  That’s chump change in Silicon Valley though as most venture capitol firms eat that amount of money before breakfast.

The Renovo co-founders, Christopher Heiser and Jason Stinson, have a highly technical backgrounds working at companies like IDEO and Intel.  It’s not clear if either of the co-founders have any experience in the automotive field.  So why would True Ventures be crazy enough to invest in a car company?  Toni Schneider, a partner at Palo Alto-based venture capital firm True Ventures, explained in a blog post:

Like all of our investments, we looked at Renovo from three angles: people, product and market. The people behind Renovo are stellar. Chris and Jason are total pros: highly talented and accomplished, friends for 15 years… ready to take risks and build a great team around them. The product is equally stellar. The Renovo Coupe is exactly what I believe the world of electric cars needs: a no-holds-barred, super high-performance, thrilling vehicle that blows away the dorky golf cart image of today’s electric cars (with Tesla being the other notable exception to the golf cart rule). Underneath the Coupe is a sophisticated digital vehicle platform that solves the data, control and power management challenges of tomorrow’s vehicles.

Finally, the market Renovo is headed into is an exciting challenge and opportunity—very large and full of giant incumbents. We think we have a shot at disrupting that market for two reasons. First, Renovo is targeting the high-performance and motorsport sectors for market entry—that’s a part of the market that is open to innovation and new entrants. Second, Renovo is not interested in building cars to compete with the Toyota Camrys of today; instead, they aim to be a platform for a new generation of electric vehicles that can open up whole new markets, whether they be supercars, self-driving cars or something entirely new that we have yet to invent.

The Renovo Coupe is on sale now, but only in limited quantities, and plans to begin shipping in 2015.  Like a lot of supercars you pay now and get it later.  Whether Renovo can’t meet this delivery deadline or not has yet to be seen.  Renovo Motors is going to use the True Ventures funding to continue its research and development of the powertrain.  This makes me think they won’t meet that deadline if they are still tinkering with the electric motor and controller.

True Ventures has invested mostly in software and web 2.0 companies.  Notably companies True Ventures has backed includes Automattic (the company behind WordPress) and About.me, a service so that people can showcase themselves in a mini 1-pager design.  The real question, does True Ventures and Renovo Motors understand how hard building it is building a product like a car?  Toni Schneider, who’s worked closely with Matt Mullenweg on WordPress, continued in his post:

For True, Renovo fits into a line of recent investments that go beyond traditional tech, into areas like wellness (Fitbit), urban infrastructure (Streetline), creativity (Makerbot), drones (3D Robotics) and now into electric vehicles. It feels like the start of a new revolution in the automotive space. We welcome Renovo to our portfolio and are proud and excited to be part of their journey.

I assume the business plan is to work on a similar strategy to what Tesla did.  Built a highly desirable halo car, make people want it, charge a premium, and sell it to a rich Silicon Valley tech conscious crowd and celebrities.  Then they can partner and license the electric vehicle powertrains to other companies or work on building and selling more mass marker electric cars.  Alternatively they could become something of a consulting firm like Mission Motorcycles.  In theory the strategy is a good idea but as Elon Musk will testify… starting a car company is a hell of a lot harder than it sounds.  🙂

The team here at CarNewsCafe is all for companies trying to make a name for themselves and do something different in the automotive and motoring world.  We’ve covered electric motorcycle companies like Lightning Motorcycles and their LS-218, which will be the fastest production motorcycle in the world.  In addition to the 3-wheeled company Elio Motors (of course Elio seems like Vaporware.)

The reality is we’d like to see these companies succeed, but likely a lot of them will not.  I can sort of already tell the True Ventures and Renovo Motors guys don’t really understand the automotive market or what they are getting themselves into as there wasn’t much information provided about the funding or a more definitive launch date.

The last electric car upstart that was going to build a sports car was Detroit Electric, which was a brand that was getting revived.  At first everything looked promising since Albert Lam, the guy behind Detroit Electric, had an automotive background working at Lotus.  However, the company is still struggling to get a working model to market and basically any updates on the company have been minimal.

What do you think?  Will Renovo Motors become another car company to vaporize into thin air or will they be successful now that they have Silicon Valley funding? 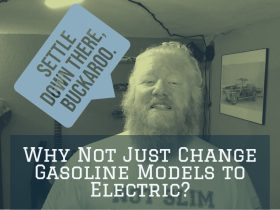