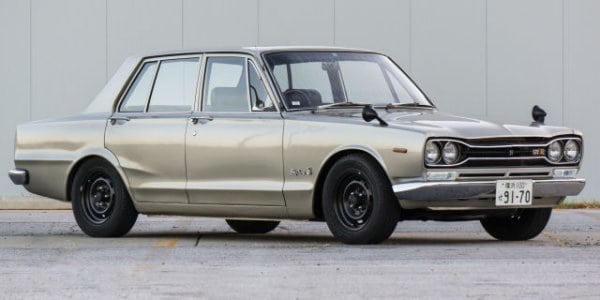 The amazing thing is, this won’t be the first time that a Skyline of that generation has netted over six figures.

Back in the day, the Skyline was the Japanese sports car to get. Like today’s GT-R, the 1970s Skyline GT-R was the premier Nipponese muscle car of its day. This particular one sports 170 horsepower from a 1,989cc dual overhad camshaft, 24-valve S20 inline six-cylinder engine with three Mikuni-Solex N40PHH side-draft carburetors.

This forerunner for the Godzilla is the third-generation of the GT-R sedan, whose engine is race-derived and whose name carries fifty overall victories on the Japanese circuit. This particular car is a 1970 Skyline 2000 GT-R Hakosuka and will be auctioned by RM Auctions in Arizona. Although there is no reserve, the GT-R Hakosuka is expected to pull between $100,000 and $150,000.

Read more about it here.