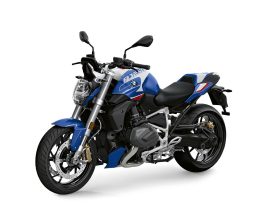 Cadillac late next year will add high-resolution streaming video to the function of a traditional rearview mirror, removing obstructions of passengers, headrests and the vehicle’s roof and rear pillars.

The streaming video mirror improves field of vision by an estimated 300 percent, or roughly four times greater than a standard rearview mirror.

“The closest comparison to this kind of rear vision would be driving a convertible with the top down,” said Travis Hester, Cadillac CT6 executive chief engineer.

“In addition to the increased field of view, the technology eliminates any rear seat, rear pillar or passenger obstructions, allowing the driver an unimpeded view of the lanes behind and traditional blind-spots,” Hester said.

Thanks to a high dynamic range, the camera’s video feed reduces glare and allows a crisper image in low-light situations, versus a traditional glass electrochromatic, or auto-dimming, rearview mirror. The in-mirror display is an industry-leading 1280 by 240-pixel TFT-LCD display with 171 pixels per inch, combined with a HD camera designed specifically to enhance rear view lane width and maximize low-light situations.

A water-shedding hydrophobic coating is applied to the camera to keep it clean to maintain visibility regardless of the driving conditions.

Researchers and engineers working on this Cadillac innovation have been awarded 10 patents – one for the streaming video mirror and nine for video processing. The patents cover innovations in the wide field of view camera image calibration, de-warping, glare reduction and camera hardware design.

Drivers can disable the mirror’s video streaming function; flipping the toggle on the underside of the mirror will revert it to a traditional electrochromatic rearview mirror.

“The streaming video is a significant enhancement for the luxury customer interested in purposeful technology,” Hester said.

The technology will debut on the 2016 Cadillac CT6.