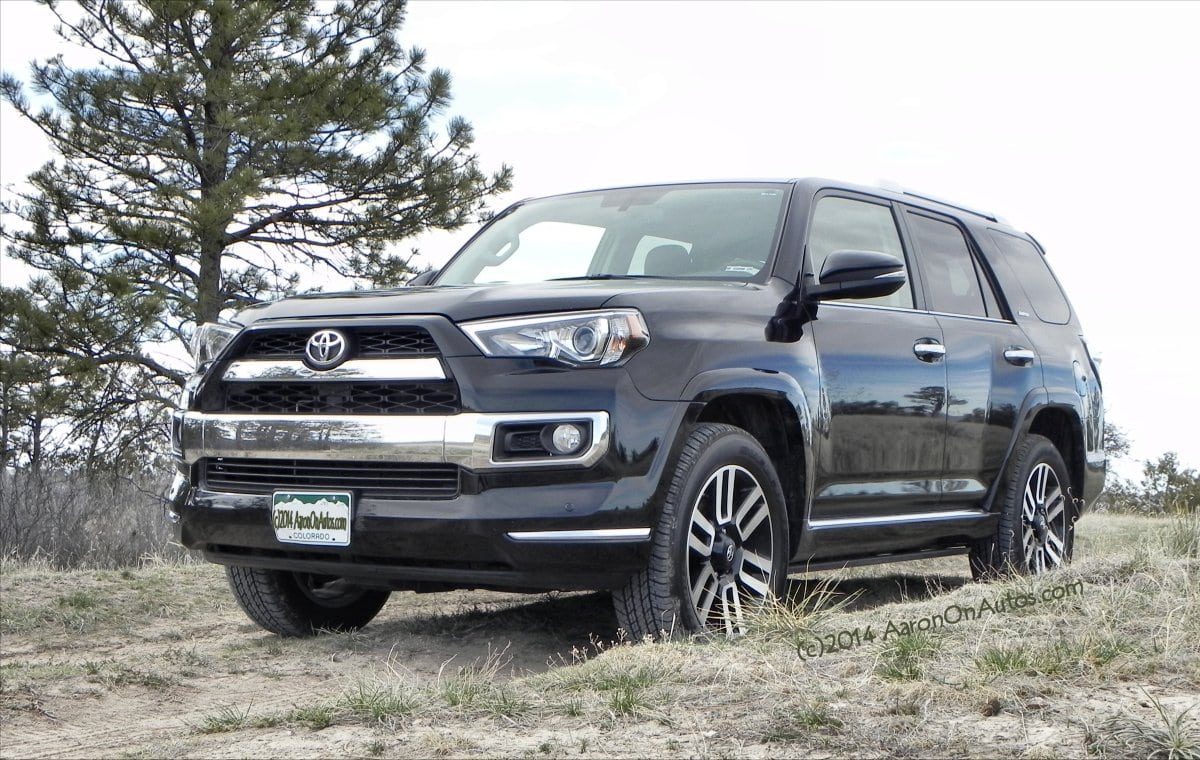 2014 Toyota 4Runner Limited – a square peg in a round hole

For auto enthusiasts, the term coupe should offer up warm fuzzy memories. Classic coupes like the Cadillac Coupe de Ville or the AMC Matador are popular two-door cars with a streamlined, sporty appearance that separates themselves from the four-door sedans. Who would’ve thought removing two doors can really change a car that much?

But that’s exactly the case for my tester this week, the 2015 Cadillac ATS Coupe. The ATS is a compact luxury sedan that was introduced in the 2013 model year. But in 2015, it’s now available as both a sedan and a coupe. I got to drive the two-door coupe.

On looks, the coupe styling suits the ATS well. The chiseled, sculpted outward appearance flows well with the long doors, and the sloping roofline leading to the short back end. But for the ATS (as well as the bigger CTS), the looks are all about the front and grille. The aggressive looking, pointed grille is flanked by adaptive Xenon headlights that are distinctive and downright sexy.

It all adds up to one good-looking car.

By removing two doors, the ATS actually loses interior space and weight. The ATS coupe is the lightest car in the compact luxury coupe segment at 3,411 pounds. And with the low profile it further adds to the sporty appearance of the ATS. If you like the looks of the ATS sedan, you’ll probably love the ATS as a coupe. There are two engines offered in the ATS coupe. A 2.0-liter turbocharged four-cylinder engine is standard. It produces 272 horsepower with 295 lb./ft. of torque. This was the engine my tester came with. There is also an optional 3.6-liter V6 engine that makes 321 horsepower.

The turbocharged four cylinder is full of spunk and offers plenty of power and performance. Mated with a six-speed automatic transmission (with magnesium paddle shifters), the ATS Coupe is incredibly fun to drive. It handles itself well on the highway, and is surprisingly fast off the line (hello turbo!).

Where the ATS is most enjoyable is in the 35-50 mph range and between 3rd and 4th gear. Take the ATS on a twisty country road and watch it perform. If there’s one drawback from the coupe styling it’s in the interior space. With the sloping roofline of the ATS coupe, there’s an inch less headroom in the front seat and an inch and a half in the back seat. Overall, the coupe loses seven inches inside, and it’s most noticeable in the back seat. Where the ATS sedan had a smallish backseat, adults could still comfortably sit back there. In the ATS coupe, however, adults would be rather annoyed to spend much time back there.

Despite the confined space, the front seats are comfortable and driver and passenger are surrounded by luxury. There are microfiber/suede accents throughout. I always talk about soft touch points, but the ATS goes beyond soft. High-quality materials are found everywhere and due to the soft touch points, road noise is minimal. In short, the ATS offers true luxury inside, something Cadillac excels at as good as any in the luxury segment.

Cadillac has really stepped up their game as far as technology goes. With the introduction of the CUE entertainment system a few years ago, they’re now modern and current. Loaded with an eight-inch color touchscreen display, the infotainment system is easy to use and offers plenty of nice features including text message alerts and a wireless device charging system.

Additionally, as is the case with many GM vehicles this year, there is a 4G LTE mobile WIFI hotspot in the ATS. This is the way most, if not all vehicles, will be going, and it’s a great features for passengers to enjoy (especially the little ones who have tablets or devices that require WIFI to function). With the 4-cylinder engine, fuel economy is reasonable with an EPA estimate of 21 mpg/city and 30 mpg/highway. The 6-cylinder engine loses about two miles per gallon off those numbers. In a week’s worth of heavy-footed driving I averaged 24.6 mpg. However, the majority of my driving was off the highway and in the suburbs and back roads (because it’s so much fun).

Rear-wheel drive is standard for the ATS, but all-wheel drive is an available option on all engines and trims. While the drive performance hugged the road, I could only imagine how much better an AWD ATS Coupe would be.

There are four total trim levels for the ATS: base, luxury, performance, and premium. My tester was the ATS Coupe Performance with RWD. MSRP for the Performance trim is $44,935. With extras like a special paint coat, 18-inch aluminum wheels and an interactive navigation system, my tester had a final price tag of $50,100.

The Cadillac ATS Coupe is modern and sleek. With luxury permeating throughout the car, and technology galore, it may bare the old Coupe name, but other than two doors, the ATS doesn’t share many qualities with some of the classic coupes of years past. But, that doesn’t mean the ATS isn’t a classic in its own way.

Note: photographs are of the ATS V6, taken by the editor. That car will be reviewed soon.