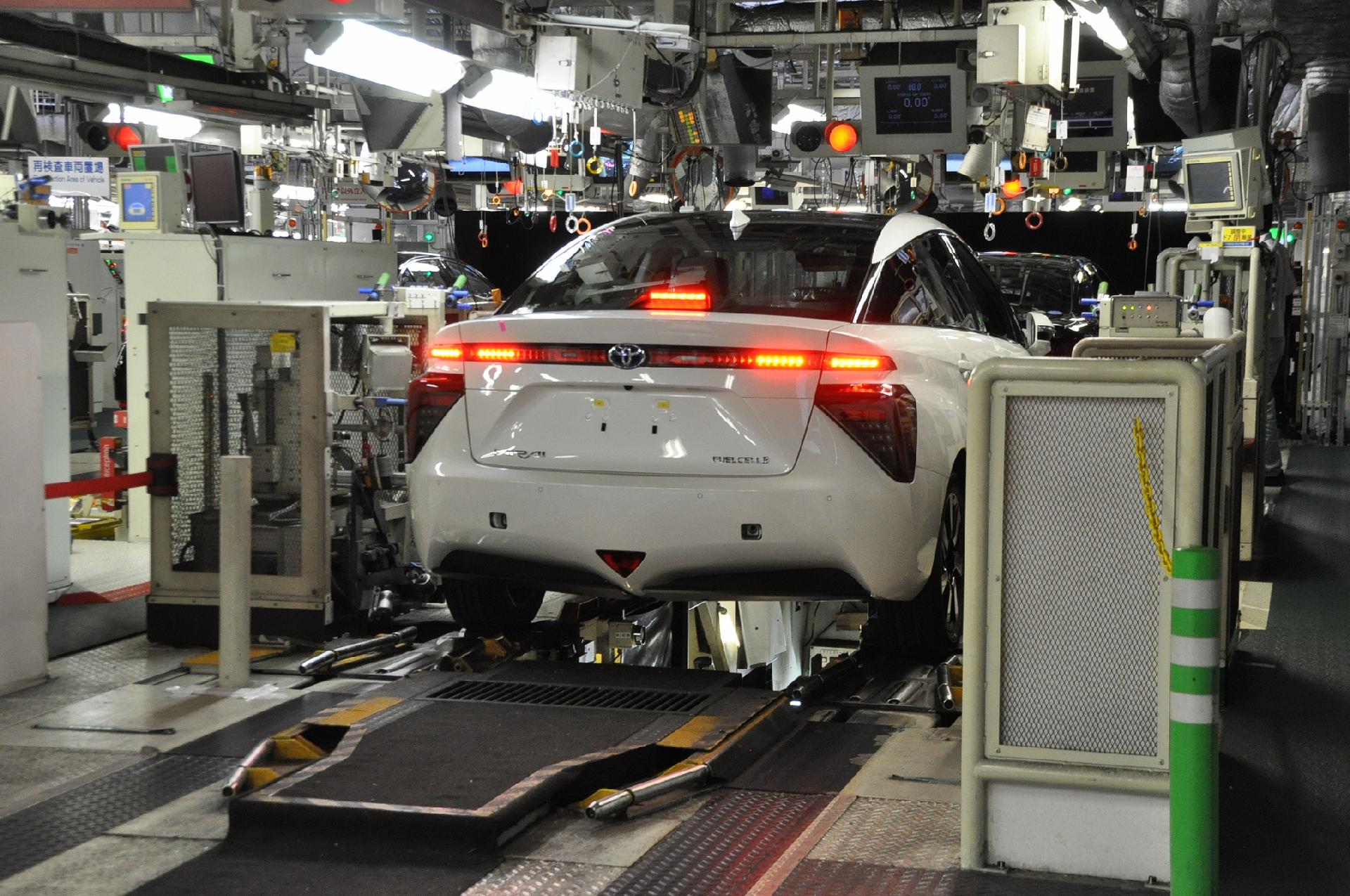 After Toyota unveiled the Mirai in November, they’ve been promoting it since at auto shows and special events. Now, the hydrogen fuel cell car is in production with sales in Japan beginning late last year and here in the U.S. beginning right now. To showcase how different (and how similar) this car is to other vehicles on the road today, Toyota produced a series of short videos showing the Mirai in production along its assembly lines in Japan.

The Mirai is being built in the company’s historic Motomachi Plant, which opened in 1959, and was the first dedicated passenger car production facility in Japan. Many of Toyota’s best-known models were built there, including the Corona, Supra, RAV4, and the Lexus LFA. That last car, which was until recently made in the plant by a specific section at Motomachi made up of specially-trained and skilled workers, has been converted to production of the hydrogen fuel cell car, the Mirai, using many of those same skilled workers, retrained to build an HFCV.