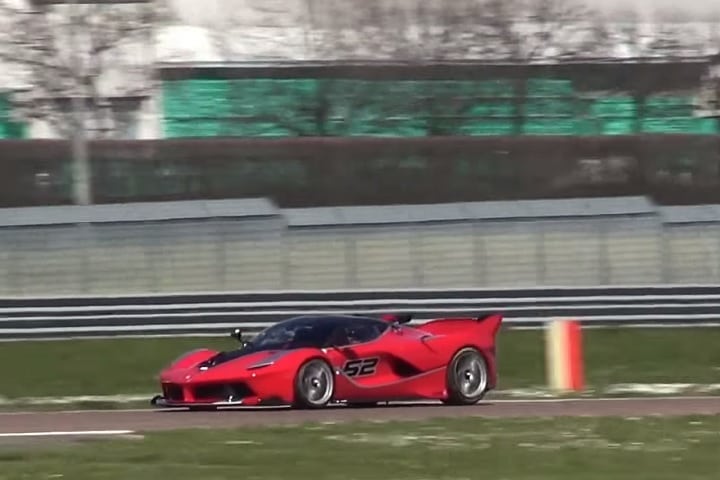 Ferrari FXX K Burns Up the Track on Video

H&H Classics, one of Britain’s oldest classic car auction houses, will hold a sale of two multi-million-pound Ferraris from the Richard Colton collection in a generous legacy left to the Royal National Lifeboat Institution (RNLI).

The sale will take place at the Imperial War Museum Duxford, Cambridgeshire – Europe’s largest historic aviation centre – on 14 October 2015 and the funds raised will go towards the RNLI’s lifesaving work around the coast of the United Kingdom and Republic of Ireland. The legacy was left to the RNLI by Northamptonshire businessman Richard Colton, who requested that money raised from the sale of his cars be used to build a new lifeboat called Richard and Caroline Colton, named after himself and his late wife.

Guy Rose, Legacy Manager at the RNLI, said: “We are deeply grateful and humbled by Mr Colton’s generous gift and his decision to benefit the RNLI in this way. Six out of every 10 lifeboat launches are only made possible because of gifts left to us in wills, so they are vital to saving lives at sea. Mr Colton’s generosity will be felt most by our volunteer crews and the people whose lives they save.”

Simon Hope, Chairman of H&H Classics, which holds sales across Britain, comments: “We are honoured to have been chosen to handle this sale which is of national significance. These stunning motor cars have been with Richard Colton for 40 years and meant a very great deal to him. So we are absolutely committed to realising the maximum amount for the cars. It promises to be an historic sale.”

Richard Colton was a Northamptonshire-based businessman who had a distinguished career in footwear distribution and who for 40 years collected and actively campaigned sensational classic cars. Described by close friends as “a shy and private man”, he was known to be somewhat nervous of the sea, which may have added to his great respect for the man and women who risk their lives daily around Britain’s coast.

So when deciding on which charity to leave this splendid legacy of two classic Ferraris, there was only one choice, the Royal National Lifeboat Institution.

He was also keen that his legacy be sold by a British classic car specialist auction house – hence H&H was chosen by his executors, and indeed this was in line with the wishes he expressed in his Will. Unveiled at the 1959 Paris Salon, today the Ferrari 250 GT SWB is on many experts’ list of the ‘most beautiful cars in the world’. It’s certainly one of the most valuable, joining the 250 Testa Rossa and 250 GTO in the multi-million-dollar club and is a ‘must-have’ for any serious Ferrari collector.

In its day, the 250 GT SWB Berlinetta was the fastest, most accomplished 3.0-litre GT racing car that money could buy. Honed by Giotto Bizzarrini, Carlo Chiti and Mauro Forghieri, the same team that would later develop the equally successful but even more rare 250 GTO, the newcomer’s combination of low weight, high power, well-sorted suspension and four-wheel disc brakes brought it success worldwide. Driven by such greats as Stirling Moss and Phil Hill, from 1960 to 1961 SWBs won the RAC Tourist Trophy, the Tour de France Automobile and the Paris 1000km. Another was third overall at the 1961 Le Mans 24 Hours, behind two Ferrari prototypes.

Once the immediate demand for racing cars was satisfied, further lusso (‘luxury’) versions appeared with bodies in more durable steel and aluminium, chosen by the company’s most discerning clients and often incorporating competition parts. Many were raced in period. ‘1995 GT’ was the second steel, right-hand-drive car delivered, and according to model expert Jess Pourret, was a potent, semi-competizione, with a comp-spec motor, gearbox, fuel tank and limited-slip differential.

Further notable as one of two SWBs (the other being chassis 1993 GT) that Colonel Ronnie Hoare used to launch the UK Ferrari distributor Maranello Concessionaires, ‘1995 GT’ has never been ‘restored’ in the modern sense, making it that much more attractive to serious collectors.

Damian Jones, Sales Manager of H&H Classics comments: “Perhaps Enzo Ferrari understood Colonel Hoare’s eagerness to become the marque’s UK concessionaire and made the Englishman tick all the options’ boxes on his first two purchases? Whatever the reason, the result was a magnificent car.”

Mr Colton bought this car, Rosso Corsa and registered ‘574 NOT’, in the late-1970s and covered some 60,000 miles in it come rain or shine, enjoying many impromptu trips to the continent, including the Ferrari 50th Anniversary celebrations at Maranello in June 1997. Another powerful Ferrari that made its debut in Paris, just 350 of the 300bhp, 160mph berlinettas were made, of which a mere 27 were supplied new to the UK market.

Widely regarded as the best all-round GT car of the 1960s, the Ferrari 275 GTB/4 comfortably eclipsed rivals from Aston Martin, Maserati, Jaguar and Lamborghini. First-time owners included the Hollywood star Steve McQueen, and the car’s peerless handling and delicate steering makes it a far easier car to drive than its more numerous successor, the 365 GTB/4 ‘Daytona’.

The example offered – ‘10177 GT’ – began life as the Maranello Concessionaires demonstrator. Swapping a Bentley Speed Six for the Ferrari in 1974, the late Richard Colton proceeded to drive it extensively throughout the UK and Europe. Now showing some 78,000 miles on its odometer, like its stablemate 250 GT SWB, the silver 275GTB/4 was a frequent visitor to Scotland, Sweden, France and Italy. Regularly maintained by marque specialists, one cannot help but feel that Enzo Ferrari would have approved of such spirited usage. 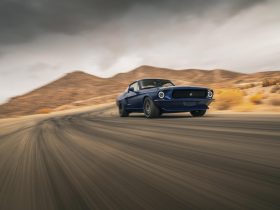