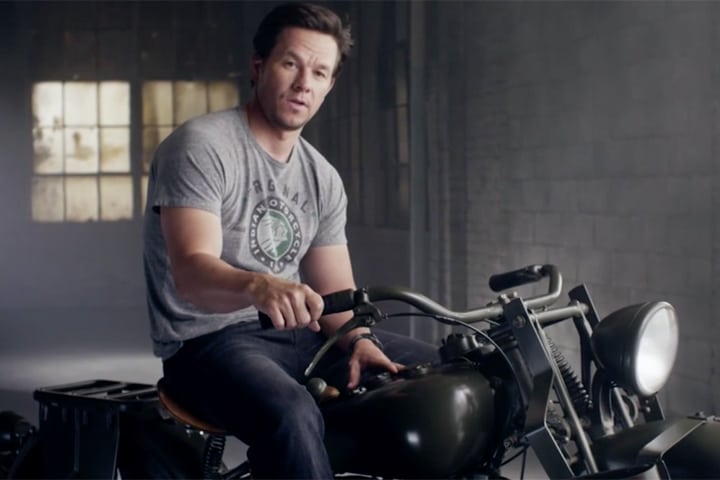 Hollywood action star Mark Wahlberg talks about the heritage of combat embued in the Indian Motorcycle company almost since its inception. The oldest American motorcycle maker was less than two decades old when World War I began and the company threw itself entirely into making motorcycles for the war effort. This likely cost the company its life as it lost market share and never regained dominance on the American market. When World War II came along, the company again threw itself into wartime production for the armed services.

During both world wars, Indian bikes were riding through combat carrying messages, scouting enemy lines and beyond, and even carrying wounded on side cars built for the purpose. Their riders depended on the Indian’s ability to ride fast, hard, and reliably as their only defense in the field.

Today, Indian Motorcycle and the USO have teamed up to build a tribute motorcycle in the likeness of those two-wheeled veterans of the two world wars. The Custom Military Scout showcases the heritage of this long-lived American motorcycle. Meanwhile, Indian continues its commitment to veterans and active duty military personnel through standing military discounts at all Indian dealerships. The motorcycle maker’s parent company, Polaris, makes more lightweight, fast-moving military vehicles than any other, continuing that tie.