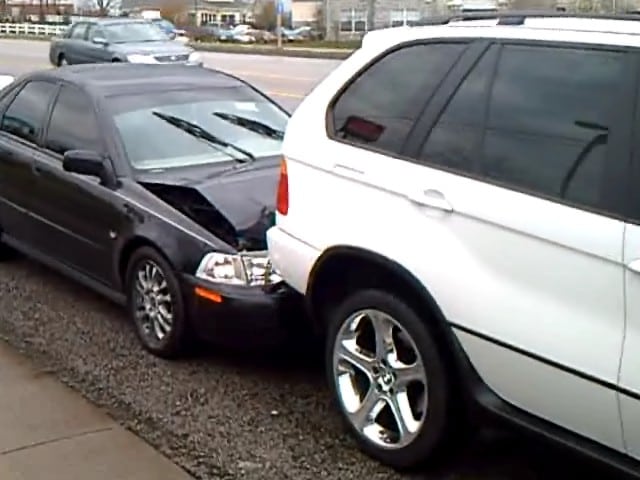 A study published by a team of researchers in Europe, Australia and New Zealand has found that low-speed autonomous emergency braking (AEB) technology leads to a thirty-eight percent reduction in real-world rear-end crashes. The study was published in the journal Accident Analysis & Prevention. The study further found that the benefit is universal as there is little difference between urban and rural crash benefits. Readers here at CarNewsCafe are likely familiar with AEB, which is often an optional feature on luxury and safety-conscious vehicles. There are two types of AEB, the low-speed variant often seen on European and as a standard feature on some higher-end vehicles here, and the standard version that’s often a feature on expensive luxury automobiles. The study specifically studied the low-speed version, which is more common in Europe where slower speeds are the norm rather than the exception and where most automotive accidents involving death and injury happen.

Low-speed AEB applies the brakes on a vehicle automatically if another vehicle, obstacle, or pedestrian is sensed by radar or other means at speeds under 35 mph. For the study, low-speed AEB was defined as that working at speeds under 50 km/h (31 mph). Unlike previous studies that have also found AEB to be beneficial, this new study was conducted using real-world data.

The findings showed a 38% overall reduction in real-world, rear-end crashes for vehicles fitted with low speed AEB compared to a sample of equivalent vehicles with no AEB. The study’s findings encouraged the rapid adoption of low-speed AEB in vehicles, calling it an “important active safety technology” that “should be encouraged in the interest of improved vehicle safety.”