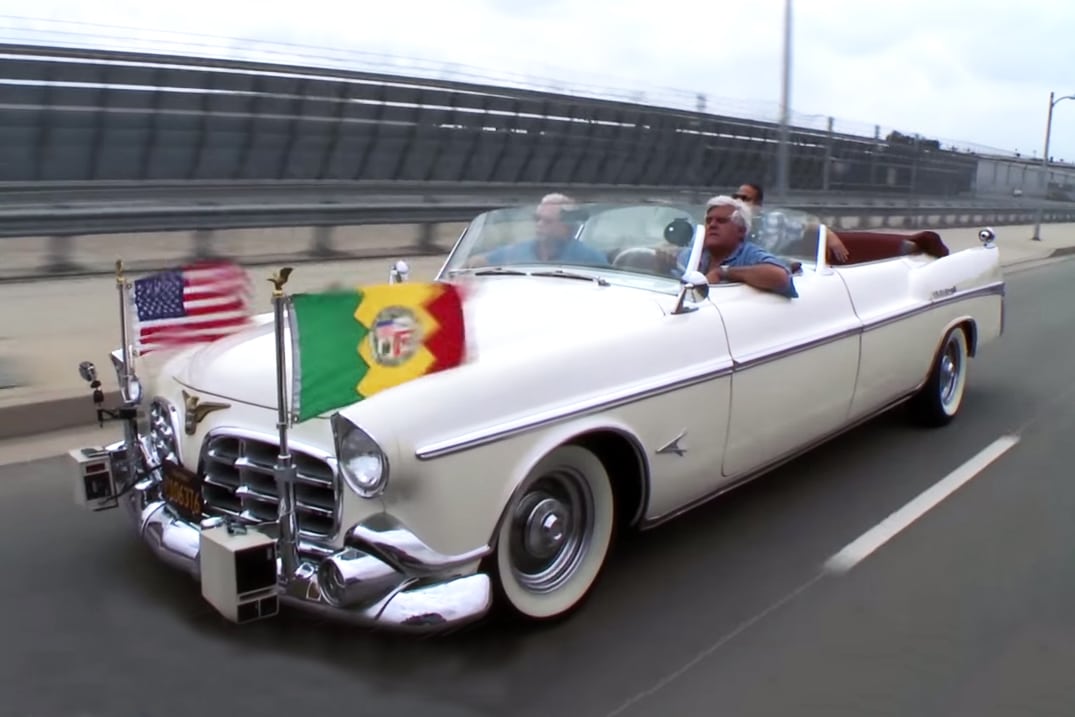 If ever there was a chance to goof off, it’s when the City of Los Angeles brings you a parade car with a working microphone. Two dispatchers from the city arrive at Jay’s garage to show him the city’s parade car, still in active use, a 1952 Chrysler Imperial modified specifically for its job. Leno, of course, quickly gets into the back seat and tours the area making announcements and speeches over the PA system built into the car. To use his favorite words, “It’s hilarious.”