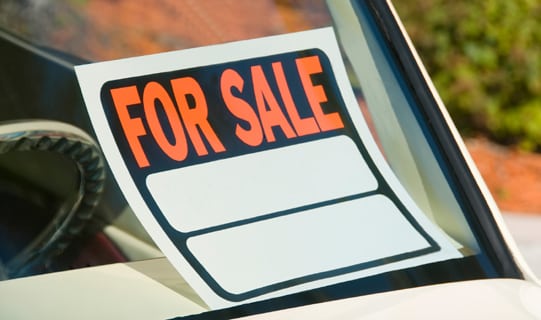 Time For A New Car?

Some car lovers are obsessed with speed and power. They love nothing more than the thrill and G-force of a Ferrari or Lamborghini. For others, it’s all about the elegant and refined touch of an old classic. They appreciate the subtle curves of the 1959 Chevrolet Corvette and the timeless history of the Aston Martin DB5. In this post, however, we’re turning our attention to the BIG cars. The ones that eat up the off-road tracks and hog the motorways.

The feeling of power and authority that comes from sitting up high is like nothing else. Today we’re looking at the ‘gas guzzlers’, the giants of the road and kings of the auto industry. For us, they embody the spirit of adventure and rugged outdoors. They’re a treat to take into the wilderness, but they handle themselves on the road too. There’s nothing better than stepping up into the cabin and taking charge of the road. Here are the seven best BIG cars to do it in.

Few vehicles come with the legacy of the Jeep Grand Cherokee. The modern version is one of the biggest vehicles on the road. It hasn’t fallen into the trap of crossover, compact territory. It remains loyal to its rugged roots and it’s all the better for it. The large, formidable grill eats up the road as it moves forward, and the big extended trunk adds practicality. There are few finer traditional 4x4s on the road.

Land Rover are perhaps the most recognised name in 4×4 and SUV markets. Their history and tradition of delivering work-horse SUVs is second to none. Like Jeep, they have stuck to their roots and continued producing outdoor, off-road monsters. The Land Rover Defender is still the scrappiest, hardiest car out there. However, we’re huge fans of the up-market, luxury Range Rover Sport. It’s one of the most expensive cars on this list, but boy is it worth it! The cabin is a joy to sit in, and the power under the bonnet is unstoppable. The traditional Land Rover tenacity and personality is delivered in bucket loads too. We love it.

When it comes to BIG cars, they don’t get any bigger than the Hummer. In fact, it dwarfs every car on this list. Driving a Hummer is a unique experience and something every petrolhead should do once in their lives. The feeling of sitting so far off the ground is quite something. The Hummer itself sits squarely across the road and confidently asserts its dominance. Just don’t try and park it!

The GMC is the classic American truck. Along with the Ford pickup, it’s one of the heartland’s most iconic vehicles. Built for manual labour out on the farms and homesteads, this car has work-horse roots. Although the newest models are slick, stylish and luxurious, they have never forgotten where they came from. The GMC is still a fierce truck, and it feels big and powerful behind the wheel. It’s great for taking on a real American road trip too.

Heading more towards the commercial, mainstream market, we find the Nissan Qashqai. It certainly wouldn’t keep up with Land Rover if you took it up a mountain. However, it’s a solid compact SUV. Designed particularly for modern families, it’s the best budget 4×4 on the road. It’s safe, practical and economical. It’s proof that big cars don’t have to be environment-killing gas-guzzlers. It’s a friendly, reliable SUV for the whole family.

As the popularity of 4x4s increased, we saw an unexpected competitor to the arena: Porsche. Many car enthusiasts laughed when Porsche claimed they were building an SUV. But, they were soon eating their words; the Cayenne is a beautiful big car. The luxury speaks for itself, after all it is a Porsche. In the end, they achieved the impossible. It’s big like a 4×4 but drives like a hatchback. It’s frightfully exciting to drive.

Sticking with the luxury theme, BMW are no stranger to the executive market. The German manufacturer has been building quality mid-market vehicles for decades now. It’s no surprise that their SUV offering is a beautiful and luxurious piece of kit. It’s not the biggest car on this list, sitting closer to the ‘compact’ end of the market. However, that gives it a little extra speed and maneuverability. We’re big fans of this trend towards fast, drivable 4x4s.

And so we come to the end of our list. Big cars are enormously fun to drive. They’re powerful and they dominate the roads. Which is your favourite?