This has not been a good week for Fiat Chrysler Automobiles. First, a recall for faulty engine covers on some crossover and SUV models. Then a huge mainstream story about hackers shutting down Cherokee models remotely and an immediate recall notice to fix that problem, which they’d known about for at least two years. Now the National Highway Traffic Safety Administration has hit FCA with the highest fine ever issued, to the tune of $105 million, plus a mandated $20 million to comply with further NHTSA requirements, plus a mandatory recall and, for the first time, a forced buyback requirement.

It’s the latter that is intriguing and it shows that the NHTSA is pushing its authority further than it ever has. The recall requires that FCA offer to buy back certain models of trucks and SUVs affected by the recall, offering consumers a choice. They can either accept a $100 gift card and have the issue fixed or sell their vehicle to Fiat-Chrysler for more than fair market value. Chrysler would be free to do the repairs on the vehicle and resell it as they wish, but this would potentially cost FCA hundreds of millions more.

Affected vehicles include several Jeep, Ram and Dodge models affected by earlier recalls for fire risks and suspension issues. More than a million vehicles are included in the recalls.

All of this stems from a July 2 public hearing in which the NHTSA outlined what they saw as gross negligence on FCA’s part in conducting 23 safety recalls covering more than 11 million total vehicles. FCA ultimately admitted to violating the National Traffic and Motor Vehicle Safety Act of 1966 in three ways: failing to conduct timely and effective recall remedies, ineffective notification of vehicle owners and dealerships, and for not submitting timely notifications to the NHTSA. Chrysler has agreed to a consent order from NHTSA which includes heavy oversight for the next three years, with FCA hiring a watchdog, to be named by the NHTSA for the job.

As for the NHTSA, they were not kind to FCA in their statement regarding the consent order and mandates. “Fiat Chrysler’s pattern of poor performance put millions of its customers, and the driving public, at risk. This action will provide relief to owners of defective vehicles, will help improve recall performance throughout the auto industry, and gives Fiat Chrysler the opportunity to embrace a proactive safety culture,” said Administrator Mark Rosekind.

FCA issued its own statement on the recall, clarifying what it means on their end:

In the consent order, FCA US has agreed to additional remedies for three recall campaigns covering approximately half a million vehicles, primarily 2008 through 2012 chassis cab, 2009 through 2011 light duty and 2008 through 2012 heavy duty Ram Trucks. In each of those campaigns, FCA US will offer to owners whose vehicles have not yet been remedied, as an alternative remedy, to repurchase those vehicles at a price equal to the original purchase price less a reasonable allowance for depreciation plus ten percent. However, customers responding to the recall may continue to keep their vehicles and have them repaired in accordance with the original recall. As of this date, repairs have been completed on well over 60% of the subject vehicles, leaving less than two hundred thousand eligible vehicles. As is expressly provided for under the consent order, FCA intends that any vehicles repurchased will be remedied and resold.

In addition, FCA US is offering consumer incentives to encourage owners of vehicles subject to the structural reinforcement campaign to participate in the campaign. With respect to the 1993 through 1998 Jeep Grand Cherokee ZJs, FCA US is also offering to increase the trade-in allowance to be applied to the purchase of another FCA product, service or parts for those owners of these very old vehicles who would prefer this alternative over the installation of a trailer hitch. 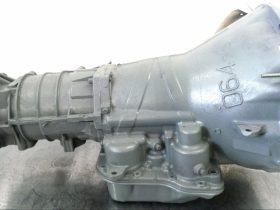 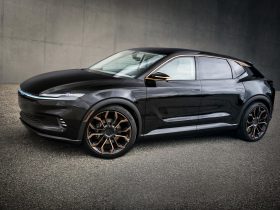 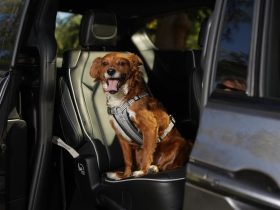