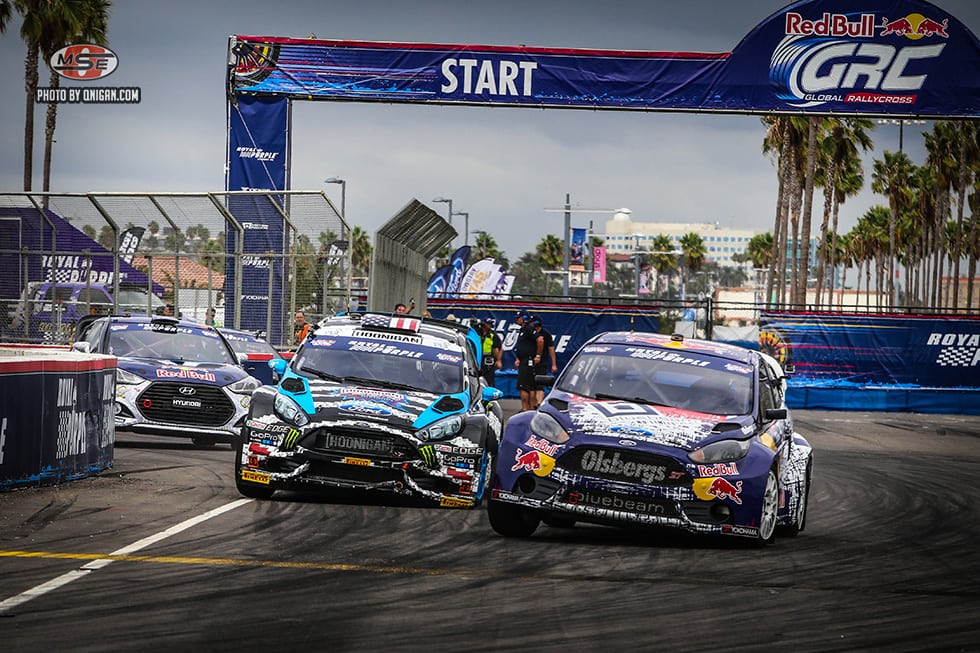 Subaru Rally Team USA driver David Higgins and co-driver Craig Drew continued their dominance in the Rally America National Championship with a convincing victory at the 2015 New England Forest Rally against a stacked field of rivals. The duo led from the first stage and went fastest on all but two of the event’s thirteen stages at the wheel of their DMACK Tires-shod 2015 Subaru WRX STI. Higgins’ Subaru teammates Travis Pastrana and co-driver Chrissie Beavis joined them on the podium in third position. Higgins has now mathematically secured his fifth consecutive Rally America Championship
title. “Subaru Rally Team USA is very proud to put both of our WRX STI rally cars on the podium while challenging the largest field of top competitors we’ve seen this season,” stated Subaru Motorsports Marketing Manager Rob Weir. “Both Higgins and Pastrana drove brilliantly despite competitive pressure and the challenging road conditions they faced during the rally.”

The 2015 New England Forest Rally was billed as the ‘Clash of the Titans’ after the entry list became crowded with top level rivals such as Ken Block, Ramana Lagemann and Higgins’ own teammate Travis Pastrana, who has not competed in rally since late in 2014.

“It was an absolutely fantastic rally,” said Higgins at the finish.” The 2015 Subaru WRX STI is absolutely awesome and every time I drive it I feel more comfortable in it and I get more speed out of it. It was great to see more competition this weekend. We are very happy to wrap up the championship as well and continue the quest for a perfect season!” Higgins and Drew have won all six of the events thus far in the 2015 Rally America series and with two more rounds to run have a chance to go undefeated and earn a ‘perfect season’. The last perfect season in the USA was earned by American rallying legend and current Subaru Rally Team USA team manager John Buffum in 1987.

While Higgins was pulling away from the field Travis Pastrana was reeling them in. After an electrical problem on day one forced Pastrana to miss two stages and incur time penalties, he restarted the next day in 15th position. Pastrana, and co-driver Chrissie Beavis went on the attack and methodically clawed their way back to a podium position. “We just kept our rally going,” explained Pastrana. “I wasn’t expecting to come back all the way to the podium, but it feels great! Chrissie did a great job with the notes. I can’t wait to be back in the Subaru again.”

Higgins will be joined by Pastrana again at the next Rally America Championship event, the Ojibwe Forests Rally, August 27-29 in Detroit Lakes, Minnesota.