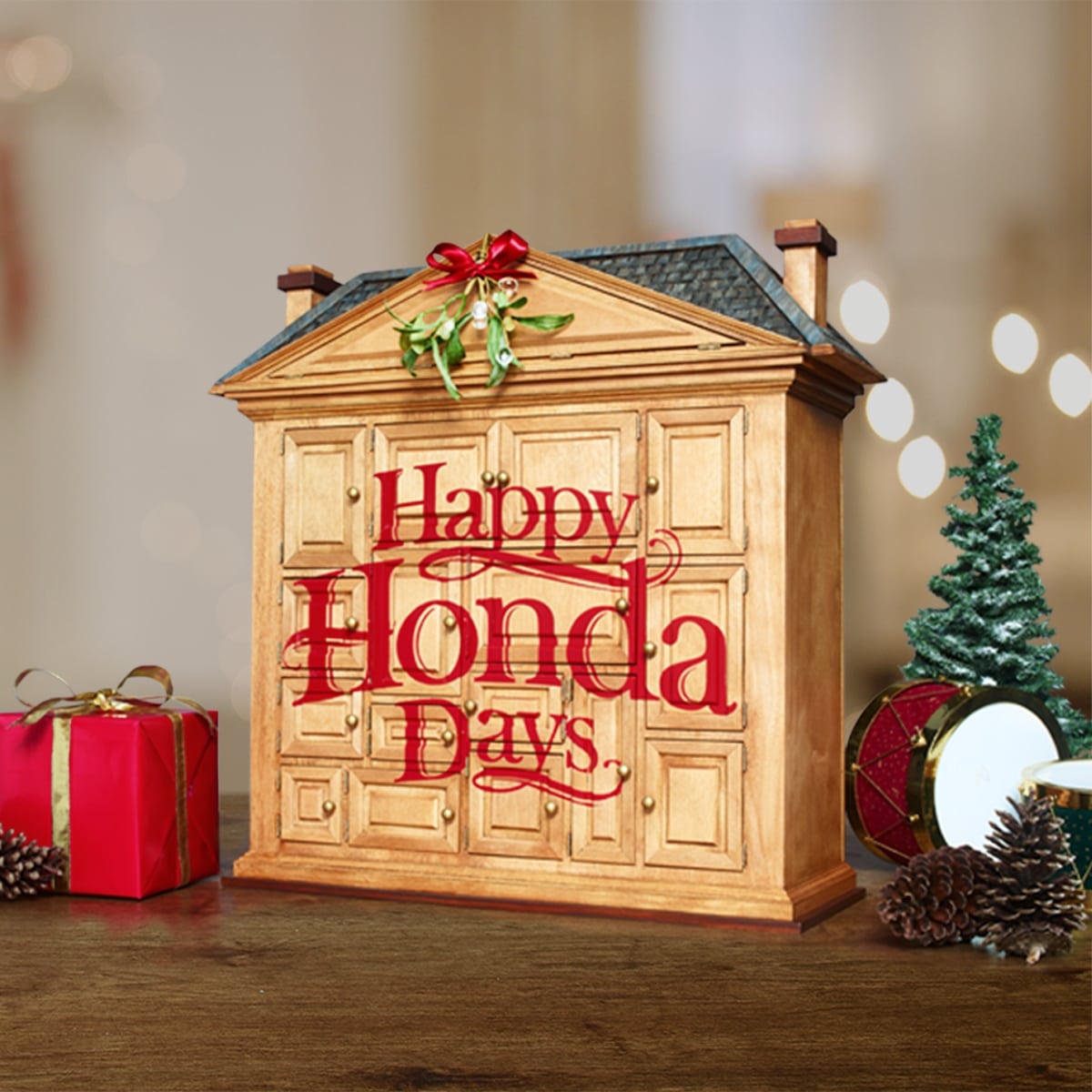 This holiday season Honda wants fans to #OpenTheCheer on Twitter for a chance to instantly win prizes, with the ultimate prize being a 2016 Accord Touring. Honda is the first automaker to spread the excitement of opening gifts on Twitter via their recently launched Instant Win card, as part of their multiplatform, integrated Happy Honda Days campaign.

The giveaway kicks off with a tweet from Honda including a teaser video that encourages people to retweet for a chance to instantly win a gift and help donate money to the Pediatric Brain Tumor Foundation. For every retweet Honda will donate $1, up to $100,000 total. Once the user retweets the daily tweet, they immediately receive an automated reply letting them know if they have won or not. Each automated response will include vignettes that illustrate their results. If a user wins, they receive a short clip revealing what they’ve won. If they don’t win, they will receive a playful stop-motion clip encouraging them to try again another time during the 30-day giveaway period.

“Our goal for this campaign is to tap into the anticipation of giving and opening gifts during the holidays and Twitter’s Instant Win feature allows us to surprise our fans while helping to find a cure for children’s brain tumors,” said Susie Rossick, Assistant Vice President at American Honda Motor Co., Inc. “For Happy Honda Days this year we also want consumers to feel the joy and wonder that’s especially unique to Honda.”

All retweets are entered for a chance to win a 2016 Accord Touring, and the winner will be randomly selected at the end of the sweepstakes, which ends on December 29. Instant win prizes include gift cards and digital smart watches.

Earlier this month Honda launched its annual Happy Honda Days campaign on TV with five whimsical spots that take place inside a custom Happy Honda Days house to reveal a holiday world of Honda inside. Each of the intricate spots were melded from three layers—live action (people/vehicles), miniature sets and matte paintings—bringing the magical world inside the Happy Honda Days house to life. Behind-the-scenes videos show how these spots were created. Spots aired on network TV placements during popular programs such asGotham, Scandal, The Flash and Agents of S.H.I.E.L.D. and national cable networks such as Bravo, TBS, TNT and USA. They also aired in sports during the NFL on CBS and NCAA on ESPN. The campaign is also supported in print, digital display and video, radio and social.