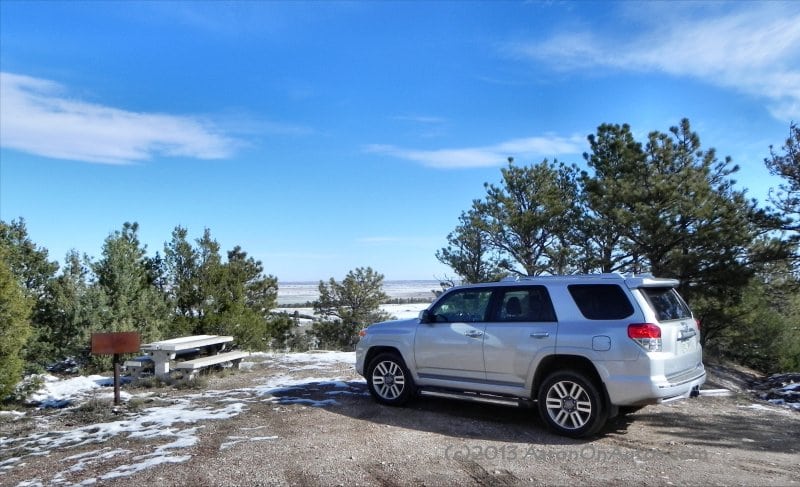 Should the Toyota 4Runner just become a crossover?

You gotta hand it to Toyota. They have the best-selling hybrid vehicle in the U.S. (by far) and yet they continue to evolve and improve the Prius. Whether it was adding different versions of the Prius (like they did a couple years ago) or redesigning the Prius, Toyota is investing in the betterment of the Prius.

For 2016, the Toyota Prius is completely redesigned. It has a new, bolder exterior, an even more fuel-efficient powertrain, improved interior and larger cargo area. We can all agree that when it comes to sexy, flashy cars, the Prius is the last thing you’d consider. But Toyota did give the Prius a new look. It still won’t be mentioned amongst the best-looking cars on the road, but it is improved. The front end of the Prius is much better looking. It even has a slightly aggressive looking grille and the LED headlights have a Lexus-like appearance. The side panels have some styling to them, although it seems to not match with the front. The back end of the hatchback is its best side. A rear spoiler adds to the appeal and the elongated rear taillights really add modern distinction to the Prius.

I generally disliked the design of the previous generation Prius and find this one to be much better. I’ll go so far as to say it’s the best-looking Prius made thus far.

The 1.8-liter, four-cylinder engine is mated with a pair of electric motors (powered by batteries) for a total output of 121 horsepower. Yes, that’s a low number, but this year’s Prius feels more powerful and less sluggish, especially off the line and getting up to highway speeds. The engine is also less noisy and seems to get moving quicker and more easily than the previous generation. Even the continuously variable transmission works well. Because the engine is so efficient, there’s not a lot of high revs and thus, the CVT can keep up with the shifts as needed. My tester was the Prius Two Eco, a new trim offering which is the most fuel efficient trim of the Prius. The Eco weighs even less than the other trims, with a different, and lighter battery pack. There’s also no spare tire for this trim, instead it only comes with a fix-a-flat kit. The drop in weight helps the Prius Two Eco achieve an unbelievable EPA rating of 58 mpg/city and 53 mpg/highway. In a week’s worth of driving, I barely used any fuel, and that was even with me testing its acceleration off the line and on the highway. I certainly didn’t drive efficiently most of the time, yet I still averaged more than 53 mpg.

Inside, the Prius looks different and better. The way the dashboard is laid out more resembles other Toyota vehicles. When before the Prius layout was quirky and awkward, the 2016 Prius seems more logical. Materials are also improved with softer touch points. This also helps reduce road noise, and as noted, the engine is less loud than it was before.

The blue joystick-like shift knob is still there, with a separate push button for park. This shifter is too small and clumsy and is an unfortunate remnant of the previous generation Prius.

The infotainment system runs through a 6.1-inch touchscreen which is responsive and intuitive. Using Toyota’s Entune system, smart phone integration is easy, although several apps need to be downloaded to enjoy the full effects of the system.

With the redesign of the Prius, rear legroom is shortened. The rear seat is less comfortable, especially for taller passengers. However, overall cargo room is improved, especially for the Two Eco (with smaller battery pack and no spare tire). The Prius Two Eco has a maximum cargo capacity of 27.3 cubic feet. The rear seats have a 60/40 split folding option.

There are six total trim levels for the Prius: Two, Two Eco, Three, Three Touring, Four and Four Touring. Toyota offers various upgrades and improvements for each of these trims, with the Two Eco being the most fuel efficient of the trims. The top-of-the-line Four Touring has a self-parking feature.

My tester had a base price of $24,700 and comes standard with ultralow resistant tires, two-toned wheel covers, rearview parking camera, and a six-speaker audio system with a USB port.

It’s easy to poke fun at the Prius for not being cool or hip. But the improvements to this model year are significant and make the Prius an all-around easy choice for consumers who are motivated by fewer trips to the gas station.