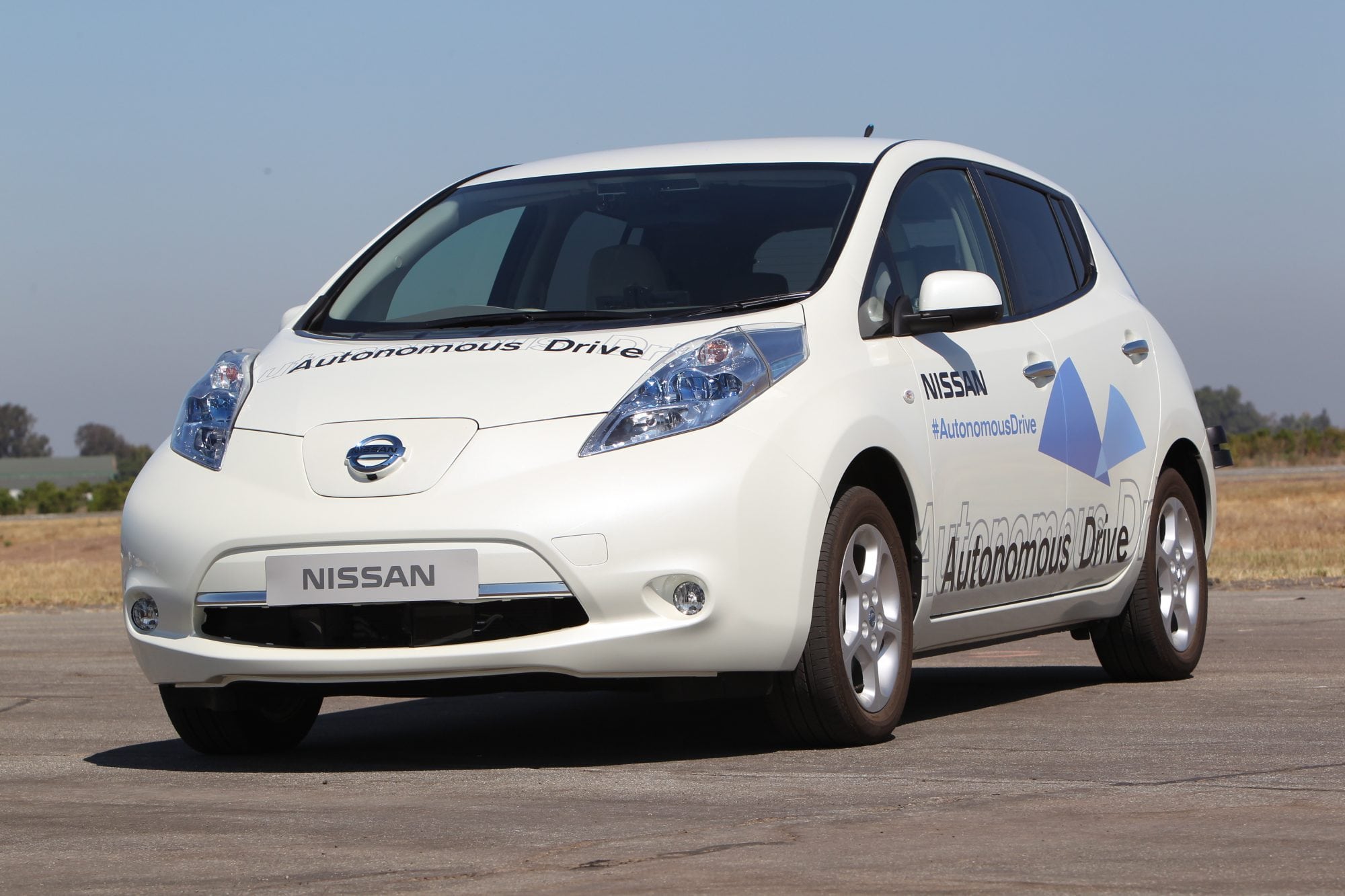 from our friends at RacShop

Driverless cars have always seemed to be a far-off concept that we see in Sci-Fi movies, but there’s a huge shake up happening in the car world right now; autonomous vehicles, or driverless cars, are closer to being on our roads than ever before.

We want to see how close we actually are, what the experts think, and how they actually work.

TechTarget defines autonomous cars as “a robotic vehicle that is designed to travel between destinations without a human operator” and although the technology is all rather new, the concept has been around for many years with the first concept version of a driverless car being seen in the 1939 World Fair, unveiled by Norman Bel Greddes.

Who’s Working on Them Now?

Some huge tech companies and car manufacturers are currently working on creating a fully functional autonomous vehicles including: Google, Tesla, Toyota, Ford, Nissan, Audi and a few more too.

Since the invention of the car way back in 1886, we’ve done alright with piloted cars, so why bother changing the way in which we drive?

The key reason behind the need for driverless cars is safety. 90% of road accidents are a result of human error, Google suggest that reducing human intervention in driving will reduce accidents by over 90%.

This will save 300,000 lives per decade in the US alone and save $190 billion each year is associated health costs – surely that’s worth trying to fix.

We asked some automotive and technology experts for their opinions on driverless vehicles:

‘The shift toward autonomy and, ultimately, driverless cars will have much broader implications than you’d think. Safety is of course the primary goal, and I firmly believe that autonomous cars will save lives. However, the secondary implications cannot be discounted. Imagine the elimination of traffic congestion thanks to the removal of arbitrary speed limits. Or, picture a two-fold increase in available urban parking once garages are optimized for cars that park themselves. The deeper you look the more potential you can find, and I’m quite optimistic about it all.’ Tim Stevens, Roadshow by CNET.

‘The goal of self-driving cars, to reduce traffic accidents, injuries and deaths, is a laudable one. But we don’t have self-flying planes and there is far less traffic in the skies. My best hope for self-driving cars is that some elements of the technology can be employed to reduce driver stress and fatigue and reduce distraction. I don’t believe it is possible to program a machine to perfect react to every possible situation that can come up on the road in a world where some cars are automated and some aren’t.’ Richard Truett, Automotive News.

Other Benefits of Driverless Vehicles

Not only will driverless vehicles have safety benefits, but there will be many other positives to owning an autonomous vehicle.

Use of time: The average UK motorist spends 6 weeks a year driving. Without having to focus on driving, this time can be put to better use by the driver to relax, sleep, work, have a face-to-face conversation or do whatever they choose.

Reducing congestion and emissions: Autonomous vehicles will offer better use of road space. As the ‘connected cars’ technology allows cars to communicate, driverless cars will be able to drive closer to each other, work out the optimum route to avoid congestion and reduce journey time.

More cars for more people: Driverless technology and fully autonomous vehicles will allow those without a driving license to have use of a vehicle. People deemed unfit to drive such as elderly people or disabled people that are unable to drive will all be able to get in a car and get to their chosen destination.

For all the positives, naturally, there are some considerations to take into account too:

It’s expensive: The cost of implementing all the new technologies, sensors, software and other parts and systems adds up to more than £68,000 ($100,000) per vehicle.

Availability will impact effectiveness: Until more people opt in to driverless vehicles, the technology powering driverless cars won’t work until the vehicles are widely used and accidents will still happen.

Hacking: As autonomous vehicles will be powered and controlled by computers, they are susceptible to hacking and being taken over from external influences.

“Driverless cars are, for all the headlines, a cruel fiction. Even at the outer edge of what’s being considered we’re a very long way from a car that can operate without a human occupant in nominal part-time control. And that’s probably a good thing.

What we are going to see soon is partially autonomous cars, able to operate themselves in certain situations but needing to be actively driven in others. These will be able to handle the challenge of something like a free-flowing motorway or queueing in a traffic jam, but they almost certainly won’t be able to pilot themselves through an environment as challenging as central Paris or Mumbai (or even London) if they have to share the road with non-autonomous cars.

For full autonomy, and the idea of truly driverless vehicles moving in urban areas, we will need to be looking at an environment where every vehicle is compelled to follow the same rules, whether driven by a human or not.” Mike Duff: Editor, Car and Driver

A common argument against driverless motoring is that many people actually enjoy driving, and being sat in a car becomes boring and uninspiring, especially until full autonomy is introduced and a driver isn’t required at all.

[When testing Tesla’s Autopilot] “While it’s nice to be driven, however, you’re still legally not allowed to check your phone, have a nap, or play Top Trumps. This makes life very boring for you, and will – because I experienced it.” Alex Kersten: Editor, CarThrottle

“Self-driving cars will fundamentally transform mobility. When discussing self-driving cars and the fun of driving, we tend to forget those who are without a driver’s license; test rides in autonomous vehicles are known to turn sceptics into advocates – even if the car’s autonomous features are known not to be perfect yet.” Dr. Alexander Hars, Driverless Future.

How do They Work?

There are many, many components to a driverless car. The technology can be very complex but it’s all necessary to ensure that road safety is paramount and both motorists and pedestrians are protected and free from potential harm. Here are some of the key components:

Lidar: Multiple lasers help the car to build up a 360-degree view of the environment of which it’s in and the car’s surroundings.

Infrared Camera: Extended vision at night without hindering or being too over-powering other drivers.

Wheel Encoders: Sensors that measure the velocity of the car.

What are the factors that might slow down the progression of driverless motoring?

Dealing with Unexpected Circumstances: Questions have been asked about how autonomous vehicles will deal with unforeseen situations such as a police officer waving a car through a red light. This would require the driver to take over and therefore still need a skilled driver with a license.

Legal issue and Insurance: If a driverless car does crash, who takes them blame? How do insurance companies overcome this obstacle? Furthermore, will there be any need for motor insurance at all?

”What people must consider is how the rapid development of autonomous cars over the last few years suggests the technology is easier to create than the minefield of laws which will have to accompany them.” James Brodie, The Week.

So, When Can We Expect to See Them?

We’re already seeing many aspects of autonomy in vehicles that are on the road today from features such as autopilot, assisted emergency breaking and self-parking, to cruise control which has been around for decades.

Several big motor manufacturers are expecting their autonomous vehicles to be available in 2020 including Ford, Toyota and Nissan.

Currently Google are winning the race and are aiming to have fully autonomous vehicles available in 2018.