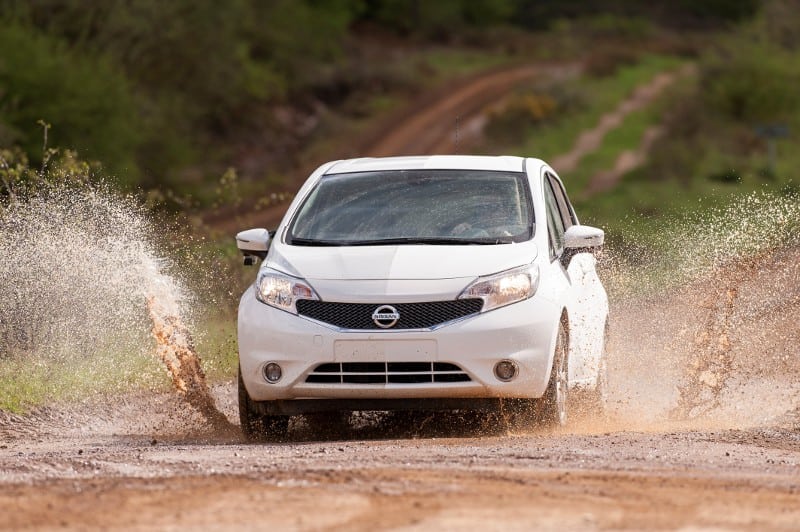 Car collectors are an odd bunch sometimes. Halfway between a psychosis to preserve what inevitably decays and an earnest desire to keep a passion alive for future generations, they spend an inordinate amount of time, energy and resources devoted to slow down time. And sometimes they collect just about anything valuable or not.

Gombert was well known around this part of the world. A 1960s local race car driver turned mechanic was part of the folkloric and eccentric scenery. His collection went on the auction block. CarNewsCafe went inside the Gombert collection abandoned to the elements in his backyard for you.

Gombert was a highly controversial person. Somewhat retiring under suspicious circumstance, this enthusiast was good guy, eccentric, but a passionate person. Hoping to get around restoring his bounty, he collected countless cars, motorcycles, knick knacks and even a bird cage left out to the elements. Sounds familiar?

And like many of us, he would put away his prized collection to work on it later. Ah, later, such an ugly word. Eventually after 40 years, cars rusted and started blending into the foliage. After being summoned to clean up his yard and removing the stray dogs he kept to guard himself against those who kept on stealing from him, he died of a heart attack. Locals shed no tears. I even heard people saying they were happy he was finally gone. They called him a crook countless of times. It turns out he was a good guy, eccentric, but essentially a collector.

The Gombert car collection is a highly unusual lot of Alpine Renaults, Lotus, BMW, Peugeot, Alfa Romeo and the occasional FIAT, Lancia, and even a TransAm and an AMC Gremlin! But knowing and seeing pictures is one thing. Being is quite another. Nothing prepared me for it. Cars laid out rusting under the rain, beaten up by 40 years of exposed elements made for an impressive scenery. I was torn between wanting to buy everything and restore it all, and just walking away from this apocalyptic vision. Close to 500 items strewn around outside at the mercy of nature had taken its toll. Metal that looked like lacework, plastic and fiberglass bodies split exposing their once precious mechanics. The various stages of decomposition and rust offered a spectacular visual effect. That day, nature proved it takes back what it offered. It was a surreal landscape.

English, Italian, French and a team of New Jersey experts slugging through the mud look for precious parts.

The story goes that Gombert never bought the infamous Alpine Renault A210, the efficiency winner at Le Mans in 1966. Gombert did go to Le Mans after the 1966 race and had bought an Alpine. When he arrived, his Alpine wasn’t ready. He simply took another, which happened to be that year’s winner. And here’s the twist. Everyone knows it. To add to the absurdity, he even took the winning laurels with him, proudly displayed on top of the car. And that Le Mans winner has been sitting in a garage. Walled up after frustrated Gombert noticed missing cars, the only thing added to this surreal scene where two or three extra beams to support the dilapidated barn. I am not talking about putting a car out for a few years, as in bleeding the hydraulics and resting it off its wheels. I mean, it was rolled there and that was it. You can get a better idea of the state of the car. And yes, that car fetched 710,000 Euros, $752,000 that will stay in France, much to the joy of local collectors. Next to it, French writer Francoise Sagan’s Ace Bristol, as well as a very rare Alpine A110 convertible were the highlight of the collection. And cars weren’t the only thing. Motorcycles in various state of rust lined up, just there, under the rain.

If you don’t know what an Alpine Renault A110 is, check out this French link. The Alpine Renault A110 was an amazing car that wiped out the competition in the 1960s and early 70s. My first recollection of that car was playing in schoolyard at the age of 7 and hearing this raucous down below. We peered over the stone wall and saw this grumbling blue scarab. It’s still fresh in my mind and I still want one 44 years later. Of all A110, the convertible was the rarest. One lay there, just waiting… Simply deteriorating. Another one in its rare orange coat was under a plastic tarp. Yet a few others lay side by side in various states of decay. Although its body is made of plastic fiber, its ingenious frame is made of steel. Its predecessor, an orange A108 also waited patiently for Godot. The rest of the collection was an odd assortment of cars, mostly spare parts. I counted about five Alfa Romeos completely rusted. Another five or so 2002 series BMWs lying around, a few Lotus and Fiats. A good looking Citroen C4 Torpedo was lucky enough to rest inside a garage.

Just a quick word on the video. It was shot on a smartphone without a dedicated microphone. The rest, well, the video and pictures will speak louder than words. But a word of warning. I shot the video with my cell phone and had no directional microphone, as you will see and hear.

Barn finds are usually dusty, but this display of cars I once loved left to the elements was unique. The car collector barn find cemetery of Gombert was a surreal experience.