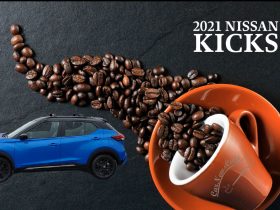 Cadillac is doing bold things. They’ve moved their home offices out of Detroit to New York City. They’ve created a new naming convention for their vehicles. They’re creating bolder, more aggressive looking luxury vehicles. And perhaps the biggest of all, they’re creating new vehicles that will take them into the future.

Enter my tester for the week – the 2017 Cadillac XT5. This crossover replaces the top-selling SRX. Admittedly, the SRX was rather bland, even though it was the best-selling Cadillac. Consider the XT5 a risk worth taking.

On looks, the XT5 doesn’t get too crazy. Fans of the conservative SRX will find the XT5 to their liking. It’s not overly aggressive, like some of the Cadillac sedans or the garish Escalade. Rather it’s just a more modern, more updated, more timeless version of the SRX. With an attractive grille and distinctive LED headlamps the XT5 is easily distinguishable on the road. On profile and toward the back, the XT5 loses some of its bold new looks and more favors the SRX. I’m sure all of this is intentional.

Similar to the exterior styling, the powertrain of the XT5 takes a conservative approach and favors the SRX. There is no turbocharged four-cylinder, as is the hot trend in SUVs, rather there’s still a 3.6-liter V6. There’s certainly nothing wrong with this well-powered, good-performing engine. It makes 310 horsepower which is just a smidge more than last year’s SRX. An eight-speed automatic transmission is new and is so good, you don’t even notice the shifting. It’s seamless, which is a good thing in this case. There is start-stop technology that immediately engages when the brake is released or the accelerator is tapped.

Front-wheel drive is standard on the base trim, but all-wheel drive is the way to go for this crossover. It helps the XT5 hold to the road, and adds to the already stellar performance through turns. Overall, the XT5 is a great handling vehicle that is confident and just powerful enough to make driving enjoyable. It’s not bland, but it’s not exhilarating either. But in this case, that was not the intention of the GM engineers who worked on this new crossover.

Inside is where the XT5 really becomes special and absolutely differentiates itself from the SRX. The “b word” I’ve used (bland) to describe the SRX and some parts of the XT5 does not apply to the interior. The overall materials are significantly more luxurious in the XT5 and the cabin itself is bigger. Cadillac made a small adjustment to the wheelbase, which made a huge improvement in rear passenger space. There’s more than three additional inches of legroom for rear passengers. Head and shoulder room are also fantastic, and the SRX is an ideal family vehicle, well suited for long road trips. All passengers will be comfortable and surrounded by plush materials and luxury. The rear seats can even recline for additional comfort.

There’s 30 cubic feet of space behind the second row and that cargo area expands to 63 feet with rear seats folded flat. There’s a hands-free access through the lift gate and an adjustable cargo gate that can come in handy.

The XT5 has the second-generation CUE infotainment system. Cadillac has made tremendous improvements to this system, making it more responsive, more intuitive and incorporating Apple Car Play and Android Auto to integrate with smart phones.

The XT5 has four trim levels including base, luxury, premium luxury and platinum. My tester was the premium luxury with a base price of $54,390. With the aforementioned cargo gate and a special coat of paint, my tester had a final MSRP of $57,725. Other options that come standard with this trim are 20-inch wheels, illuminated handles and sensor technology.

The new powertrain comes equipped with start/stop technology which helps improve the overall fuel economy, compared to the SRX. The XT5 with AWD has an EPA rating of 18 mpg/city and 26 mpg/highway. I averaged about 21 mpg in a week’s worth of driving in the suburbs, on and off the highway.

Cadillac is lined up well to battle other luxury rivals from Europe and Japan. Some of the Japanese luxury brands take a conservative approach to their vehicles, and Cadillac seems to be following that with the XT5. However, they also are trying to be bolder in many regards, taking a play out of the German luxury playbook. All in all, the 2017 Cadillac XT5 improves upon the SRX in every capacity and blends conservative with boldness to make a viable, quality crossover.