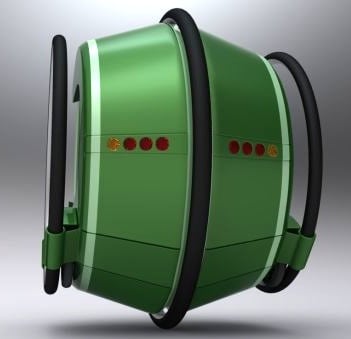 A lesson in transportation from legs to horses, steam to electricity, and gasoline

The days of simple cars are long gone. Tape decks and CD players used to be the most advanced aspects of our vehicles, but today we have touchscreen interfaces that can navigate us anywhere with the sound of our voice. But consumers aren’t completely satisfied with these new innovations. They want to go back to the old days when things were simpler and cars weren’t such a hassle.

In the latest Consumer Reports, two major complaints were found in the modern cars being built. Advanced infotainments and fuel efficient multi-speed transmissions aren’t leaving consumers with a car they want. These factors are causing all sorts of problems and have proven to be a nuisance for car owners.

Infotainment might be a strange word for most people. It’s basically exactly what you would think it is, however. Entertainment that is meant to inform. This could be through TV, radio, internet, or, in this case, your car. Our cars use Bluetooth or smartphones to help people navigate, communicate, and access the internet. Infotainment is one of the biggest complaints amongst consumers because it is usually glitchy and far too complicated for those less tech savvy to use.

In a poll by Nielsen in 2015, they found that 43 percent of new car owners were unsatisfied with modern infotainment. They believe it is too cluttered and Nielsen Vice President, Mike Chadsey, says that is because the car makers are competing to see who can have the most and best technology in their cars. “It’s sort of an arms race.” Technologies such as hands-free control and Bluetooth are great additions to cars, as they make driving safer. But car makers are pouring too much into the car and it’s overwhelming consumers. They don’t know where to start.

Mechanics are also getting frustrated with the infotainment because car manufacturers are putting technology in the car that causes problems that are far beyond their knowledge. A car breaks down and goes into the shop, but never comes back out because the problem isn’t with the engine or anything mechanical — it’s with the software that is put in the car, and the mechanics don’t know how to fix those things. This leaves the car owner very frustrated with their new high-tech car.

The more fuel efficient multi-speed transmissions are also proving to be a thorn in everyone’s side. In the past they believed multi-speed transmissions would be the savior in fuel efficiency, and, partnered with the infotainment technologies in cars today, it should be. But manufacturers are finding that the older 4-, 5-, and 6-speeds are more efficient than the new 7-,8-,and 9-speeds. There is too much technology needed to allow these large speed transmissions to work properly. They need the tech to allow each gear to be used and optimize miles per gallon, but the tech that is there doesn’t seem to be enough.

When the speeds act properly, they do indeed improve fuel efficiency, but some of the cars tested by Business Insider have proven to be faulty in the 8- and 9- speeds. They have found that these speeds misbehave while driving, which is never a good thing. While not every car they tested did this, they still believe the few that did could mean they all will and will prove to be a nuisance for car owners.

Many cars are moving towards the future, but there are still basic cars being created. And there are cars that have just the right amount of infotainment and the right transmission, like the Toyota Rav4 Hybrid, to keep consumers happy. We don’t need all the hoopla that many car manufacturers are giving us and some manufacturers realize that. While there are the few people who love the high tech qualities of modern cars, most of the world agrees they want the basics they’re used to.