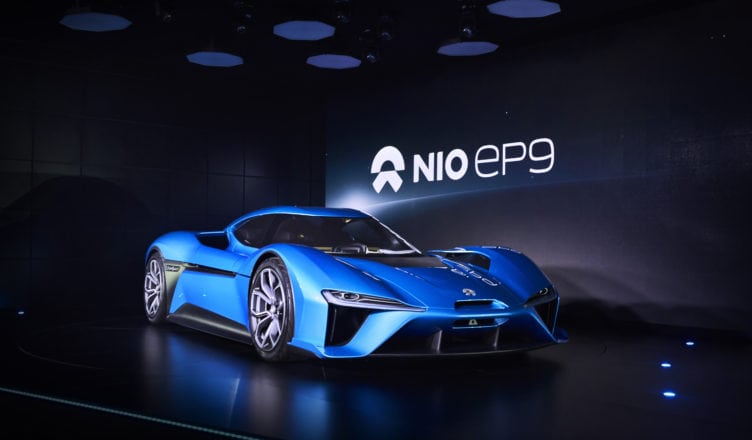 NextEV launched its automotive brand, NIO, along with a new electric supercar, the EP9, at a London event earlier this week. The NIO EP9 achieved a new lap record at the Nurburgring Nordschliefe race track in October, doing the “Green Hell” 12.9-mile run in 7 minutes and 5.12 seconds. This beat the previous electric vehicle lap record, making the NIO EP9 the fastest EV to be tested there. The EP9 had previously broken the record in France at the Circuit Paul Ricard, doing that circuit in under two minutes, beating the previous record by almost a full minute.

The NIO EP9 delivers a full megawatt of power (1,360 PS) from its powertrain of 777 volts. Torque delivers at 1,480 Nm from the motors and 6,334 Nm at the wheels and is delivered from zero to 7,500 rpm. Four inboard motors with individual gearboxes power the supercar. Specially-designed brakes from Alcon deliver twice the braking power of a GT3 car.

NIO designed a three-position active rear wing system and full-length floor diffuser. In conjunction with the front adjustable splitter and fixed aero features, these allow the car to achieve twice the downforce of a current Formula One car, the company claims.