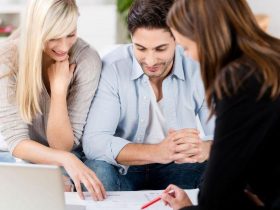 Recently, an Uber truck made what could have been one of the most important deliveries of all time. It carried precious cargo, Budweiser beer, and it successfully dropped off its cargo at the destination. Nothing spectacular at first glance, beer gets delivered every day, but if you looked closer then you’d notice something very significant: the truck didn’t have a driver. That’s right, an 18-wheeler made the 120 mile trip without a driver, and while that might be scary for some, for others, it’s just a sign of the times.

Let’s face it: we all knew this was coming at some point. Science fiction and retro-futuristic art depictions have indicated that one day, driverless cars would be a reality but there have always been some significant concerns surrounding the practice. First of all, programming a vehicle to follow traffic laws and stick to the rules is easy, but the problem has always been the human element. There are simply enough people who fail to follow traffic laws that it becomes a problem, especially when the automated vehicle cannot react properly. With increasingly competent and reactive safety and security devices on the market today, it was only a matter of time before the self-driving car would become a reality, and here we are. Uber acquired a self-driving vehicle group (Otto) in July, and inevitably, it dropped a self-driving truck onto the road.

“We wanted to show that the basic building blocks of the technology are here; we have the capability of doing that on a highway, we are still in the development stages, iterating on the hardware and software.” — Lior Ron, the president and co-founder of Uber’s Otto unit.

The truck didn’t make the drive on its own. Instead, a police cruiser followed, and a licensed truck driver sat in the sleeper cab, ensuring that the truck did not stray from its course. Many people saw the delivery as a pure publicity stunt, and others saw it as a potential cost saving opportunity. AB InBev states that this new development could save a total of $50 million per year if autonomous trucks could be utilized in its distribution network. The savings could come from a number of factors including:

The benefits are clear, but there are also some serious concerns, especially in the United States and among the trucking industry. To put it simply: Americans aren’t sold on this new automated technology.

The first concern is going to be the job market for truckers and those who are already employed as CDL drivers. The introduction of automation makes it possible for trucks to operate 24/7 as federal law actually restricts the number of hours that truckers are allowed to operate before they take a break. The tight delivery schedules make for rushed driving and leads to potential mistakes, but one also has to consider that there are approximately 3.5 million licensed truck drivers in the United States, and that is only an estimate. While this is only a fraction of the 8.7 million employed in the industry, it is still significant, and the prospect of making the profession nearly obsolete is startling.

The second reason for which it might be readily embraced is safety. Yes, there are a few safety concerns in the trucking industry, mostly stemming from the fact that there are far more fatalities among truck drivers than with any other job out there. This notion of increased safety was offset slightly when a driver suing a Tesla Motors autopilot system was killed during a test run. As a result, the US Department of Transportation was forced to draft a series of guidelines for autonomous vehicles. The benefits cannot be ignored, but there are many who believe that the technology needs to be improved significantly before it can be used both effectively and safely.

On the Bright Side

For truck drivers, there is a bright side to this entire situation. When the delivery was scheduled, the team was forced to work with Colorado regulators for permission, and they were also tasked with scouting an appropriate route. The trip itself was planned for the early morning to ensure light traffic, and they also chose a day with clear weather. The route itself had to be automated, meaning it could not deviate from its course, and every turn had to be planned out accordingly. In other words, while the software is well advanced, it cannot make split second decisions as far as routes are concerned, and it certainly won’t make changes depending on the traffic. Add that to the fact that they didn’t really trust it on the road with other drivers, or alone, and you can be rest assured that most trucking jobs are going to be safe for the time being, which is definitely helpful to those who are concerned.

If you’re a truck driver in the United States, then you can do yourself a favor and put your resume away, you’re not going to be needing it anytime soon. The trucking industry is safe – it’s just a little experiment. In the next fifty years, we might see more of these self-driving trucks on the road, and you can be rest assured that there are going to be more beer runs.