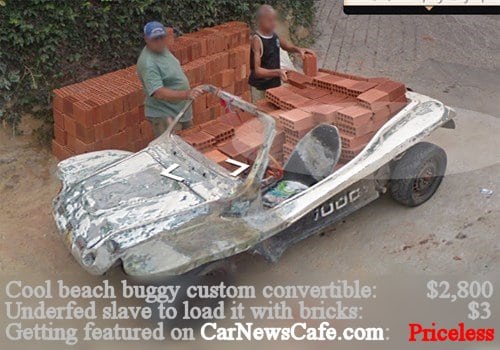 There’s no doubt about it; the car industry is under siege.

The industry has no doubt seen tough times over the years, but has always managed to bounce back bigger and better. The threat from environmentalists is a sustained one, but it’s a storm the car industry has weathered for years. Technology is getting better; electric vehicles are becoming more popular – the matter is largely at rest. Along with that, cars have made it through numerous safety concerns and changing economic times that have sunk other industries.

So while there’s no doubt that car manufacturing is used to dealing with firestorms, the current threat level around their activities is beginning to look like a rolling snowball that just keeps getting bigger and bigger.

It seems that barely a day can pass without the news of an emerging scandal. The industry is still yet to recover from the disaster of #dieselgate. While fines are now being paid to various governments and everyone is promising to clean up their act, the matter shows no sign of slowing down.

In Germany, the most well-known car manufacturers – Volkswagen, Daimler, and BMW – are under investigation for possible collusion. Given that collusion is usually a word reserved for politics and the mafia, there’s no doubt this story is going to pack a punch to the entire industry. What is it that they colluded on? It’s the old diesel emissions story that just won’t die.

According to one of the country’s primary newspapers, Spiegel, the three major manufacturers colluded over the technology that controls emissions in diesel cars. That’s not the end to their troubles, however; there is also mention of colluding over steel prices, the size of tanks used in cars, and part suppliers. This is not just a newspaper stirring up problems either; the matter is being investigated by Germany’s Federal Cartel Office.

This could signify big trouble for the big three, who have already suffered financial misfortune on the stock markets since the diesel crisis. While settlements might be being reached, the general mood is that the diesel matter is going to continue to be a global crisis for the industry for some time.

Anyone with any background in economics knows that one of the primary causes of the 2008 financial crash was subprime lending. In a nutshell: customers were offered mortgages by banks – sometimes up to 110% mortgages – that they had no real possibility of being able to repay. When they defaulted, it sent down the entire banking industry. While subprime was far from the only cause of this, it was definitely a major contributing factor to the global economic catastrophe that’s now being labeled the Great Recession.

You would think after such a period of sustained financial struggle throughout the world, everyone had learned their lesson… but apparently not. This time, it’s not mortgages that are being sold to those who can’t afford to pay them: it’s car loans.

In financial sectors, there have been whispers about a subprime bubble beginning to form in car finance, making everyone nervous due to the echoes of the financial conditions pre-2008. There have even been mentions of ‘deep subprime’ lending, which goes far beyond reasonable financial help for those with bad credit and crosses into a darker territory altogether.

If car manufacturers are currently sitting on a subprime bubble, they could be in real trouble. We know that living standards are falling and wages are not rising; it makes sense that to continue to afford a car, people are being forced to borrow money. This might be one of the methods that has kept the entire car industry afloat the past few years – but is it sustainable?

The one aspect of this that the car industry can be reassured by is that this is a known threat. People are already talking about the bubble; the matter is receiving a lot of coverage. This wasn’t the case pre-2008, so no steps were ever taken to intervene and stop the pop. There’s a chance that while the situation is precarious, there’s still plenty of time to pull back from the brink.

So What Next For The Car Industry?

As a fan of cars in general, reading the above can be somewhat disconcerting. This is an industry you love, and it’s being attacked and vilified from all sides. There is also the overhanging threat that there is an underlying instability in what’s keeping the industry afloat.

So should you be worried?

There’s no doubt that the diesel emissions scandal is going to make life very difficult for car manufacturers going forward. It’s unlikely they will be trusted when it comes to emissions in future; regulation may follow in some countries to ensure the same thing can’t happen again. However, it’s worth noting that the car industry self-reported the diesel scandal, which has definitely helped take some of the sting out of the attacks. If this had been discovered after investigative reporting, it’s safe to assume that the ire would have been far more brutal.