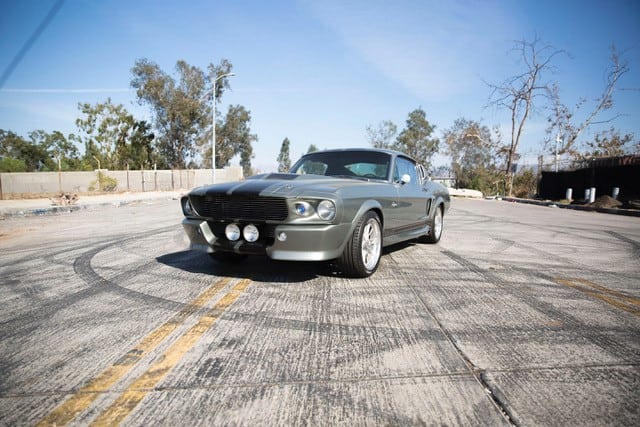 Win a Dinner Date With Eleanor from Gone In 60 Seconds

This is the seventh year that Mecum Auctions has staged a collector-car auction in Dallas with results from past years’ Dallas auctions reaching as much as $38 million. Last year, vehicle consignments came from 36 states, and registered bidders traveled to Dallas from 43 states.

Among the main-attraction consignments for Mecum Dallas 2017 is the 33-vehicle Bruce Church Collection that was amassed over the course of nearly 35 years and includes a stunning fleet of high-quality prewar classics, several Street Rods and even a few modern vehicles. Highlights from the assemblage include several comprehensively restored CCCA Full Classic and AACA Senior award-winning Packards, among them a 1934 Packard Eight 1101 Coupe Roadster (Lot S71) that was displayed at the Boca Raton Concours in 2011 and a 1932 Packard Eight 902 Coupe (Lot S90). A host of early Fords from the collection also boast comprehensive restorations and prestigious awards including an all-steel 1940 Ford Deluxe Convertible (Lot S76) and an all-steel and highly original 1934 Ford Deluxe Phaeton (Lot S77).

Another featured collection at Mecum Dallas 2017 is the Matt Wagoner Collection highlighted by four main-attraction offerings: a 1970 Chevrolet Chevelle SS454 LS6 (Lot S122.1), 1970 Oldsmobile 442 W-30 (Lot S122), 1970 Pontiac GTO Ram Air IV (Lot S121.1) and a 1970 Buick GS Stage 1 (Lot S121). Each constitutes the top of the pecking order in terms of desirability, embodying everything that was great about GM’s contributions to the classic muscle-car era.

Additionally, at least four private collections will be offered entirely without reserves, including an assemblage of 21 iconic classic American muscle cars, modern supercars, Corvettes and more from the Kingston Collection, 17 classic rides from the estate of Freddie “Mack” Widmer and 11 vehicles from collector James Hoyo.

Mecum Dallas 2017 is open to buyers, sellers and spectators. Bidder registration is available online in advance for $100, $200 after auction start, and includes admission for two to the four auction days. General admission tickets are available in advance online for $20 per person, per day, and for $30 at the door and online once the auction begins; children 12 and younger receive complimentary admission.

Doors open daily at 8 a.m. with the vehicle auction beginning on Wednesday, Sept. 6 at 1 p.m. and on Thursday, Friday and Saturday, Sept. 7-9 at 10 a.m. Mecum Dallas 2017 will be broadcast on NBC Sports Network for 20 hours including 12 hours of live coverage. A live stream of the entire auction will be presented at Mecum.com.