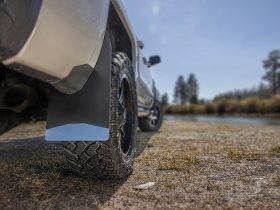 The United Kingdom and the United States have a lot of things in common. We share the same colors on our flags, we both have “United” in our names, and we both have English speaking populations that love to drive. We also have a lot of differences. Road speeds are generally much higher in the US and drivers in the UK are on the left side of the road. Distances driven by the average person are also much higher in the US than they are in the UK. But what about accidents?

We looked at statistics for both the US and the UK and compared them to see which country is the safest to drive in. The short answer? The UK. The long answer? It’s not quite that simple. Just ask Car Accident Lawyers about that.

Globally, about 1.25 million people die every year in road accidents. Most of those deaths are in Africa, the Mediterranean, and Southeast Asia. Whether measured per capita or in total number of deaths, those three regions are where most fatalities take place. By comparison, the Americas have a road fatality rate of about 33 per 100,000 motor vehicles on the road. In Europe, it’s about half that at 19 per.

The good news is that, especially in developed countries, the car accident death rate per capita is on the decline and has been for well over a decade. The US has seen a 31 percent reduction in motor vehicle deaths over the past 13 years. Denmark, which leads Europe in traffic fatality reductions, saw its death rate drop by 75 percent in that same time. Great Britain fell somewhere in the middle.

Most of the accidents involving death or serious injury in both the United States and the United Kingdom are due to drunk driving and not wearing seatbelts. The US is the third worst in the world (among developed countries) for front seat belt use whereas the United Kingdom is one of the best. Speeds on the average US road are about 30 percent higher than speeds are on the average road in the UK. Drivers in the US drive more than twice as far, on average, than do drivers in the UK.

What’s more interesting is how those road accidents are paid for. In the US, insurance companies are likely to pay out on both sides of an accident and “no fault” is often the rule regarding that. In the UK, the question of “who pays for car accident compensation?” is more up in the air as laws are more likely to pin it on one driver or the other.