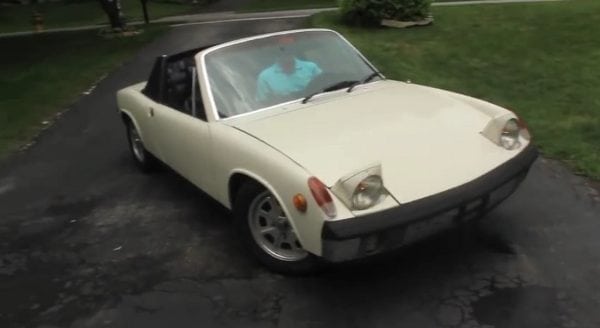 Selling Your Car To Car Nuts

Lots of people hate driving in the dark. When another motorist’s high beams hit your face, there is nothing more frustrating. However, with the fall well and truly here and winter on the way, night driving is inevitable. Apart from being annoying, it’s also dangerous even if you an experienced driver with 20/20 vision. Because you can’t sit around for the sun to rise, here are five tips to combat the perils of driving after dark.

Tiredness kills, and, if it doesn’t, it leaves people injured. Any auto accident lawyer will agree because they deal with thousands of personal injury cases as a result of falling asleep at the wheel. During the day, a stiff breeze coming through an open window may be enough to keep the lids open. At night, it’s different because you have to fight your body. When the sun goes down, the body produces melatonin which increases drowsiness. If you have to, take a shot of caffeine beforehand.

If it’s late, the roads are usually clear and it doesn’t matter which freeway you choose. But, in the morning, traffic can be a problem. So, some people take lesser known routes to get to their destination quicker. Sadly, the roads aren’t as well maintained and not as bright. Therefore, it’s harder to see which makes a crash more likely. Main roads are well light and safer at night.

Blinding other drivers with your lights is a no-no in the motorist community. Still, dipped headlights don’t reach far enough in the pitch black. What are you supposed to do? Take a chance and hope for the best? No, rather than risk your life, use the full beams when the road is quiet. That way, the route is illuminated and more comfortable to drive yet other motorists don’t have to get blinded. In extreme cases, it’s better to be safe than sorry.

Of course, wear regular specs if you need them to drive, but don’t wear special sunglasses. Yes, drivers do wear sunglasses at night because some are supposed to help you cut through the glare. However, studies show this isn’t true. On the whole, the eyes are more effective at night without any form of glasses. Even The Sunglass Association of America agrees and they have a vested interest. So, stick to wearing readers but anything else is potentially dangerous.

How you ever watched a nature programme where the host has been searching for animals? When these shows do it in the dark, they use a red glare to pick out their subject. The light from a torch, or headlights, in this case, reflects into the animal’s eyes and turns red. Apart from being cool, it’s also an excellent way to stay safe on the roads. Whenever you spot red retinas, be ready to react. Animals can jump out at any second but their eyes act as a warning.